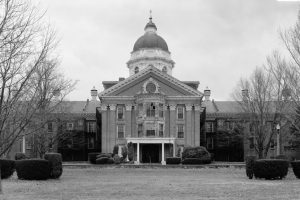 Old turn of the century psychiatric hospitals are creepy, there’s no doubt about it. Shut them down and leave them to rot for fifty years and you’ve got decades of ghost stories to tell just from looks alone. Add to that a long roster of criminally insane patients including famous serial killers and you’ve really got an iconic palace of creepiness.

Why stop there? Add to that the fact that the staff were possibly more insane and homicidal than the patients, and there’s only one possible thing that could make an old asylum more evil – satanic worship. Welcome to Taunton State Hospital…

Taunton was built in 1854 and was originally named State Lunatic Hospital at Taunton. At that time it was the second psychiatric internment center in Massachusetts, but due to its large plot of land, 154 acres, it soon became the central facility for much of the Midwest. Over time Taunton was expanded to include over 40 buildings, but by 1975 its decline had already begun.

An attempt at restoration was made decades after its closure in 1999, but this was not to last. In 2006 a massive fire swept across the main buildings leveling everything but the core structures.

At the start of 1900 Taunton was overloaded with the criminally insane. From murderers to rapists to arsonists any violent psychotic personality you could think of was housed in these buildings, but none so notable as Jane Toppan.

Taunton wasn’t the first hospital Jane had spent a lengthy amount of time in as she was a practicing nurse prior to her conviction and incarceration. However, it’s hard to really use the word “nurse” when describing her.

For Jane her “patients” were no more than toys, and the treatments no more than reckless experimentations for curiosity’s sake. In the beginning she would simply toy with their medication levels to see what would happen, but then she started to get better at it.

Eventually, Jane’s experiments began to fulfill a sexual thrill for her as her tastes evolved into necrophilia. Problem is, you can’t just kill all your patients. Not unless you bring them back after you’re done with them.

The story of Jane Toppan’s activities from her time as a nurse is truly down to the bone disturbing. Hundreds of patients in her care were intentionally pushed past heart and organ failure at which point she would proceed to have intercourse with them, and once finished resuscitate them.

Despite that her medical ability to even bring one back must have been staggering she is still responsible for the deaths of 31 patients who she could not resuscitate.

It’s almost fitting that Jane would be committed for life to Taunton State Hospital where the staff were more like her than anybody knew. The hospital was not without the cruelty one would expect of a facility for the criminally insane at turn of the century 1900, but Taunton staff went far beyond anything conducted at facilities such as Athens or Danvers.

Slowly and over the course of Taunton’s first few decades reports began to emerge of abuse and neglect, but little attention was paid to these. It wasn’t until (as legend has it) a young interning psychiatrist fled the facility and reported what he described as executions being carried out in the basement. 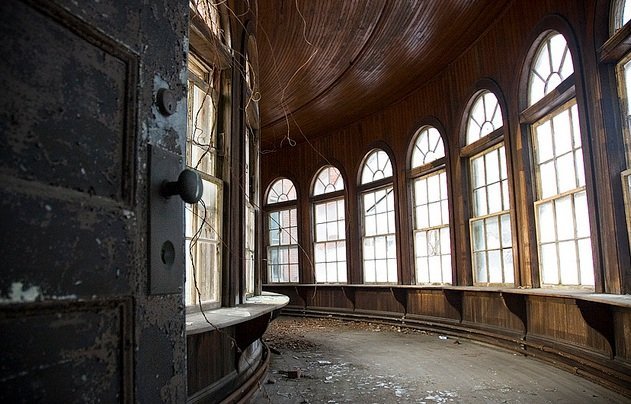 These were not executions at all, but rather satanic sacrifices carried out by the staff. The whole truth would never be revealed to the public.

In 1975 generations of the cult operating at Taunton’s met the end of their free reign when scandal and rumor became uncontrollable for the Governor of Massachusetts and he order the facility closed for good. Search as hard as you can and you will never find the official explanation for Taunton’s closing in 1975.

It seems that the cult was broken up by the sudden closure of Taunton State Hospital, and fortunately it also appears that they did not return when some of the smaller buildings were reopened for clinical care of mentally ill youth.

What they left were fields of unmarked graves where burials were noted only with a small metal spike baring the number of the patient, strange symbols and stains throughout the basement, and a presence described only as shadows and pure evil.

Throughout the halls, the rooms, and even the cemetery of the Taunton grounds there is ample evidence of paranormal phenomenon.

Cold invisible hands grasp at the living, whispers can be heard telling you to “leave”, and more often than not reports of visible poltergeists are all very common. None of these even begin to compare to the Taunton State Hospital Shadow Man.

The shadow man lives in the basement of the main Kirkbride building, now long since destroyed. It’s said that he travels through the walls, floors, and ceilings of the basement as though Taunton was a body and he was a virus. 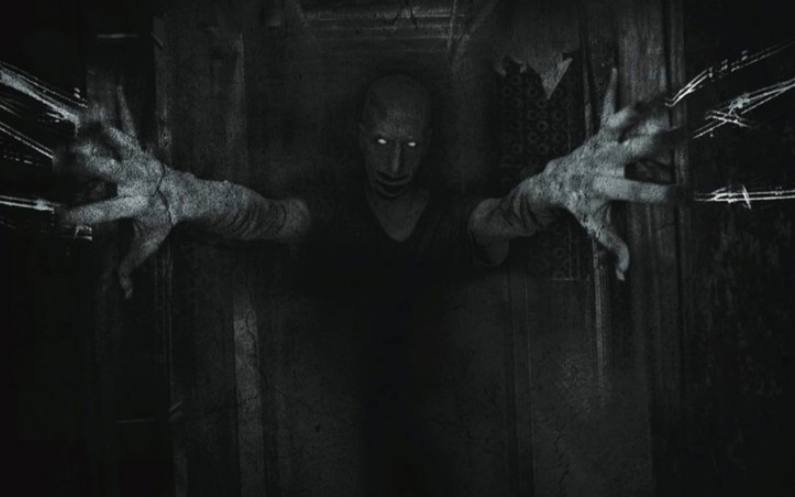 In his presence, those unlucky enough to be in his presence feel the torment and pain of all those tortured and sacrificed in the facility’s basements. Patients and caretakers alike have risked punishment or dismissal for refusing to carry out their duties if it required entering the basement a second time.

If you’re feeling like it’s a good thing that building has been demolished you may be a little uneasy with what they did immediately beforehand.

Much of the plumbing, old structural beams, and even electrical elements were salvaged and sold to contractors around the country for the purposes of reselling them as classical fixtures or scrap.

One can’t be too sure if they locked away the Taunton State Hospital Shadow Man in the facility’s destruction, or set him free when they sold it off around the nation.