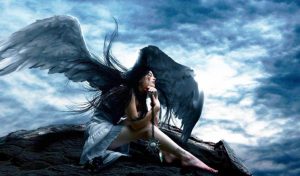 Angels seem to have been around since the dawn of time. Numerous mythologies and religious traditions include stories of angelic beings. Most often they serve as guides and messengers providing supernatural or heavenly assistance to mortals.

Angels in History and Religion

While the true origin of angels in history is not definitive, they have been mentioned in great detail among the world’s three largest religions: Judaism, Christianity and Islam. The concept of benevolent spirits and divine helpers have also been found among the writings of ancient civilizations in Greece, Sumeria, Persia, Egypt and India.

Aside from religious traditions, angels have always been a part of human culture including today. From beautiful frescoes on cathedral ceilings to Victorian era cherubs, to modern music and movies, angels have never left our sides.

It seems that angels aren’t leaving anytime soon either. Even in our modern day high-tech times, people still believe in angels. According to an Associated Pre-GfK poll conducted in December of last year, 77 percent of Americans believe in angels. Not surprisingly, among those surveyed that were of Evangelical Christian faith, 95 percent believe in angels.

The study also found that among the “somewhat religious or less religious” people, there were still a large number of believers. Even for those who never attend religious services, 4 out of 10 people still believed in the existence of angels. Poll results also indicated that more women believe in angels than men and the belief in angels is higher among people over 30.

We have numerous images of angelic beings in our culture, but is that proof of their existence? While comforting and lovely to look at, is there any real evidence claiming their validity?

Many religious texts and scriptures attest to the proof of angelic beings. Perhaps the most famous is the Archangel Gabriel who announced the upcoming birth of Jesus to the Virgin Mary. Then there is the Old Testament story of Jacob wrestling with the angel. And according to the Quran, human beings are appointed two angels to record good and bad deeds in their lives.

Aside from religious writings, there are also numerous anecdotal stories of people who have been assisted by these heavenly beings. A personal story written by Michelle Caporale for OM Times mentions an angel visiting her while she was recovering from surgery in the hospital.

Experiencing pain during the middle of the night, a nurse came to her aid saying that he heard her prayers. When she questioned the morning staff about this particular nurse they had no one on staff fitting his description.

Many people have similar stories of encounters with angels that appear as gentle, loving human beings. There are also many anecdotes that tell of “feeling a presence” of a heavenly being. Some people also report that they hear sounds when no music is playing or they smell flowers when none are nearby.

While all these stories and instances are compelling, they do not offer concrete proof beyond the shadow of a doubt. Skeptics will not be satisfied. However for those who experience these phenomena, it is more than enough proof that angels exist and are in our midst and walk among us.

The Green Clawed Beast In The Ohio River