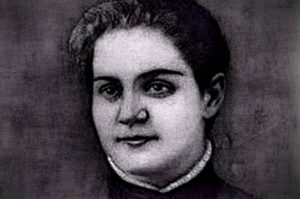 Jane Toppan was born in 1857 and originally named Honora Kelley. Her mother died of tuberculosis when she was a young child, leaving her to be brought up by her alcoholic and possibly insane father Peter Kelley, who was rumoured to have gone so mad as to sew his own eyelids shut while working as a tailor.

Nicknamed by those who knew him “Kelley the Crack” (as in “crackpot”), he had both of his youngest children, 6 year old Honora and her 8 year old sister Delia committed to the Boston Female Asylum, a facility that housed needy young ladies.

Honora would never see her father again. Little is known of her time in the institution, though it is known that in November 1864, two years after being left in the care of those at the orphanage, Honora Kelley was placed as an indentured servant in the home of Mrs. Ann C. Toppan of Lowell, Massachusetts. Honora eventually dropped the name Kelley in exchange for Toppan, also taking the name Jane.

Around 20 years after being taken in by the Toppan family, Jane began studying to become a nurse at Cambridge Hospital.

During her residency, she began to use her patients as guinea pigs, experimenting on them in numerous ways. She used abnormal doses of morphine and atropine, all the while examining her patients, and noting any changes in their nervous systems. But things didn’t stop there, Toppan’s depravity seemed to know no limits.

Jane would often administer staggering amounts of sedatives to keep her patients immobilized while she’d then climb in bed with them. After her eventual arrest, she told officials that she did enjoy a sexual thrill being so intimately close to patients near death, coming back to life and then dying again.

Jane had found a manner in which she could murder with little suspicion, and she seemed motivated by sexual desires, a statistically uncommon motive for female serial killers, who tend to murder for material gain.

But Jane Toppan was not your common serial killer, and in 1889, after claiming a number of lives at Cambridge, she was soon transferred to the prestigious Massachusetts General Hospital… where her murderous ways continued. 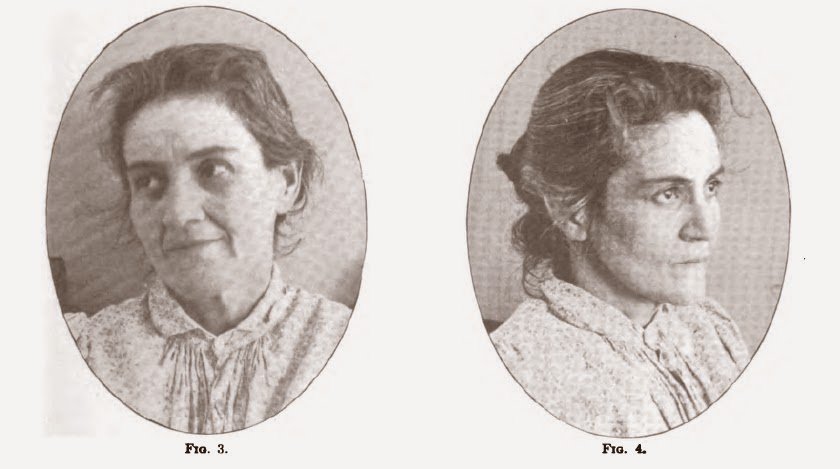 Eventually she lost her position at Massachusetts General, and thus made a brief move back to Cambridge, where she ran into trouble as a result of over-prescribing opiates… and then made one final career adjustment: she began to work as a private nurse. It was a job she would flourish in financially, but her need for extermination would soon overtake her.

Jane killed her landlords in 1895 and four years later, she murdered her foster sister Elizabeth with strychnine. But the killing had just begun.

Two years later, Jane would move in with the elderly Alden Davis and his family in Cataumet. Her main duties required she take care of Alden, as he’d already lost his wife, whom Jane actually killed. Within weeks, Jane had murdered Davis and two of his daughters.

With her living quarters sabotaged by her own killing spree, Jane moved back home, where she soon found herself being courted by her late foster sister’s husband. Jane would later kill the man’s sister Genevieve, then poison him in order to impress him by nursing him back to health.

Jane’s strange behaviour, and the pile of bodies left in her wake soon caught up with her, as the surviving members of the Davis family ordered toxicology reports on Alden Davis’ youngest daughter, one of Jane’s many victims. These toxicology reports proved conclusive, she had been poisoned, and there were no doubts as to who was responsible.

Police immediately began a hunt for Toppan and on October 29, 1901, she was arrested for murder. Toppan used poison for more than just murder though, reportedly poisoning a housekeeper just enough so that she appeared drunk in order to steal her job and kill the family. She even poisoned herself to evoke the sympathy of men she was courting.

She is quoted as saying that her ambition was “to have killed more people, helpless people, than any other man or woman who ever lived”.

Jane Toppan would never be a free woman again, as within a year she’d confessed to 31 murders. Jane, who had become known as “Jolly Jane” was however found not guilty by reason of insanity. On June 23, 1902, Jane Toppan left Barnstable County Courthouse, and headed for the Taunton Insane Hospital.

It is here that Jane would spend the rest of her days, until, after over 36 years in the asylum, she finally passed away on the 29th of October 1938, at the age of 84.