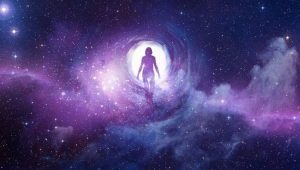 Have you ever wondered how Oscar-winning director James Cameron gets his inspiration? The idea for Avatar came from an out of body experience that he had. No wonder the movie has such striking dreamscape imagery. The genius inventor, Nikolas Tesla, also used his lucid dreaming and out-of-body experiences to inspire his experiments.

A recent study by French doctor Christophe Lopez of 210 patients found that 14% of the participants had had what they could only describe as an out-of-body experience, showing it is much more common than many people think. So what are the signs that you have had one, too?

A feeling of sleep paralysis

Sleep paralysis means that your mind is awake, but your body is still asleep. You will have the feeling of moving away from your physical presence, allowing you to transcend the gravity that is keeping you on this earthly plain.

Your body might feel like it has something heavy on it, stopping you from moving. Don’t panic about this though, just relax and let your mind travel – you may end up somewhere very interesting indeed.

Sinking down into the bed

Many people that have an out-of-body experience talk about the sensation of sinking downwards into the bed. This was depicted well in the British movie Trainspotting.

Along with this feeling is the understanding that your spiritual presence can float upwards and away, allowing you to travel mentally.

When you are having an out-of-body experience you may hear noises that are strange or that you can’t explain. There may be whispers, or speech, perhaps in a language or pattern that you cannot identify. Many people describe sounds like a fast car or a train that is rushing past at high speed.

Buzzing sounds, whirring and humming are common too.

One of the signs that you are having an out-of-body experience is the feeling that your body is supercharged and vibrating.

Some people say that this is like an electric tingle going through them, however it is only visible to them. It is not the sensation of cold shivering, but there is a movement that comes from within.

You may see things that you cannot rationally explain if you are astral projecting or having an out-of-body experience. Perhaps you feel you are somewhere that you haven’t been before. Or perhaps you are having a conversation with people that you have never met.

It may even be that you feel that you are not on this planet anymore. These unexplained images shouldn’t feel frightening, just different. Sometimes the images start blurry and then gradually come into focus. This is because your physical body isn’t seeing these images; instead, your spiritual being is seeing something new and gradually adjusting to what is around.

An out-of-body experience can be a completely enlightening sensation. It may take you to a new astral plain and open your mind a different way of thinking.

How to Protect Yourself and Recover From Psychic Vampire Attacks

How Does The Sixth Sense Actually Work

4 Things You Should Know About Your Third Eye