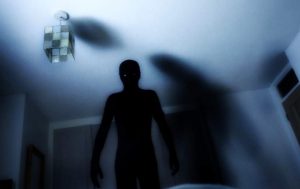 These universally sighted entities are humanoid black figures usually seen in homes moving about or just standing during the night; however some are seen outdoors.

Shadow People, SP, experiences are accompanied by feelings of dread and evil. They generally appear as dark forms in the peripheral vision and disintegrate or move through walls when noticed. As with orbs, information about these entities is scarce.

SP experients usually describe them as black humanoid silhouettes without mouths, noses or facial expressions; although accounts describe them as being child-sized humanoids or shapeless masses that sometimes change to a more human-like form. Some witnesses reported them having red glowing eyes.

Their form is a two-dimensional shadow or a distorted vaporous three-dimensional body. Movement is very quick and disjointed and has been described as if the entities danced from wall to wall or moving around the room. They have been seen standing in the middle of doorways or by the wall and staring at the floor. A few accounts depict an outline of a cloak or an outline of a fedora hat.

A minority of experients have felt menaced or, in rare cases, attacked by SP. There have been reports of these entities appearing before witnesses, lingering for several seconds, then disappearing. SP tend to be aware of humans’ presence and seem like they want to make humans feel uncomfortable or frightened although they do not communicate or approach them.

These range from parapsychology to demonology to the occult to dimensions to aliens.

Parapsychology: Apparitions are the part of the human that survives death of the physical body. They can appear in varying forms. The problem with this theory is that experients nearly always report a feeling of dread and evil, which is extremely rare with those who witness apparitions.

Demonology: SP are created by dark magick practiced by one who wants to harm the experient.

Dimensional: They are creatures from another reality that overlaps humans’ or they are from another plane of existence.

Aliens: They are related to grey aliens or reptilian humanoid ones. 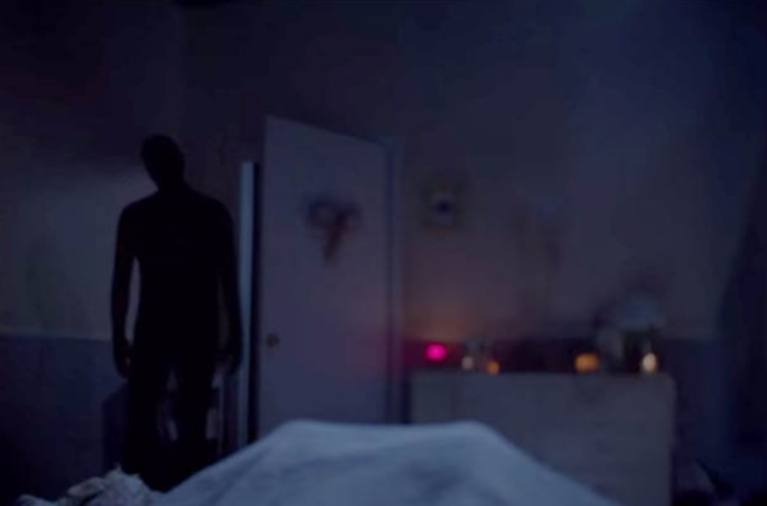 Several scientific hypotheses have been proposed to explain SP including hallucinations and optical illusions.

Pareidolia: Most witnesses report seeing SP in their peripheral vision. This vision is linked to the areas of the brain that recognizes patterns, but provides less detail to the brain than forward vision. Pareidolia is when the brain incorrectly interprets random patterns of light and shadow or texture as being familiar patterns such human forms.

Hypnagogia: This is when a person is half-way between sleeping and waking. A person can be conscious, aware of the environment, but in a dream-like state where they can perceive images from the subconscious. This is accompanied by a feeling of dread. This theory links SP to Old Hag Syndrome and other paranormal experiences.

Substances: Narcotics, hallucinogens and over the counter and psychotropic medications can produce shadow human shaped hallucinations.

Psychiatric disorders: Schizophrenia and other disorders have been known to cause a person to see SP and other hallucinations.

There is, as with orbs, a definite need for more research about SP. Both phenomena exist, but there is a dearth of scientific or other literature about them. There are verified photographs of orbs.

Claims that the entities have also been photographed exist, but are they verified? Perhaps, one day, science can define what these mysterious beings are.