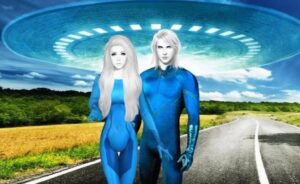 Scientists from Oxford, based on the well-known evolutionary theory, made an assumption about the possible appearance of representatives of alien civilizations and their behavior. This was reported on the pages of the International Journal of Astrobiology.

According to researchers, aliens can get a humanoid appearance through a known process, such as natural selection. Their theory is based on the argument that the strongest form of life survives.

One of the authors of the study in Oxford, Sam Levine, said that the scientists in their study relied on an alternative approach to hypothetical astrobiology.

In other words, they applied evolutionary theory to simulate life in extraterrestrial conditions. The expert calls this a very useful approach, since similar models can also be applied to silicon life forms that do not have DNA or breathe nitrogen.

As a result of the study, scientists have come to the conclusion that alien life forms, as well as terrestrial ones, will survive several basic periods, and eventually take on a human form.