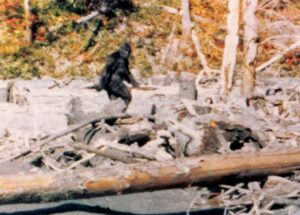 The most famous of all alleged “Bigfootage” ever produced, the Patterson-Gimlin film remains an iconic artifact of the unknown.

Shot nearly five decades ago on Bluff Creek in California near the Oregon border, the minute-long scene recorded onto 16mm film by Roger Patterson accompanied by Bob Gimlin depicts a subject covered in brown hair walking upright away from the camera.

Frame # 352 captures the subject in its most memorable and revealing pose relative to the camera, an image which has since become the face of Sasquatch-related pop culture around the world.

In the 40+ years since the release of this alleged Bigfoot documentation dozens of brains have picked over its every detail. Some such as the late Dr. Dmitri D. Donskoy, a leading expert on human biomechanics, believed the subject to be nonhuman.

Others outright deemed it an easy-to-spot fraud, including the late “father of cryptozoology” zoologist Bernard Heuvelmans. Countless TV specials have aired the footage for the public to decide for themselves – oftentimes showing highly deteriorated copies of copies of copies.

Numerous people have come forward over the years claiming to have either manufactured a suit for the film or having been a performer in a suit in the film, providing little evidence beyond their own word and the testimony of friends and family.

Most folks with memories of the Patterson-Gimlin film recall a shaky, blurry, faded image with a brief glimpse of a hairy biped walking in the distance.

To refresh readers memories here’s a stabilized version of the Patterson-Gimlin film originally put together by amateur researcher M.K. Davis and modified by a member of the Reddit online community.

Unlike the original shaky footage captured by Patterson on foot, this clip lets viewers see the film as if it were shot on a tripod. For the first time viewers get a clear, steady glimpse of the subject walking and turning its head back toward the camera.

So what of it? Scientists think it’s fake and hoax confessions have been made, right? Yes, but the former isn’t as ubiquitous as one would think, and the latter overlap and lack any substantial proof to back them up.

The unsettling truth is that almost 50 years later, several key facts about the Patterson-Gimlin film still raise the possibility that the subject shown is not an actor in a suit, but an unidentified hominid of the American northwest.

Photographs and plaster casts of large footprints on or around Bluff Creek were being documented starting in 1960 and leading up to the alleged Patterson-Gimlin encounter seven years later.

Professor D. Jeffrey Meldrum of Idaho State University, an expert in primate locomotion, foot morphology, and one of the few academics willing to analyze alleged Sasquatch evidence at-length, concludes each of these footprints found near Bluff Creek match the same individual source. 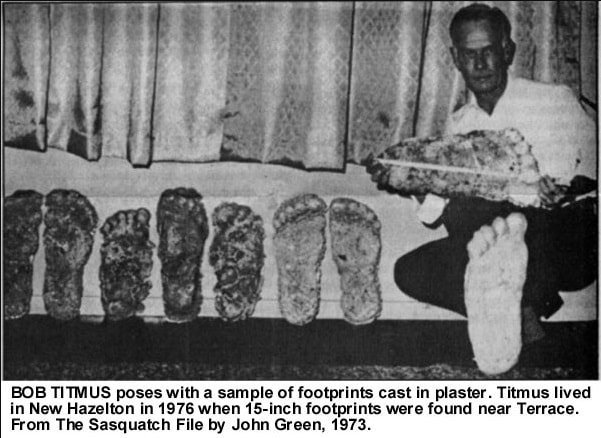 Hoax theories thereby must conclude that Roger Patterson and Bob Gimlin were part of a coordinated effort involving several groups of unassociated people over seven years to create a specific Bigfoot identity for the sake of backing up a brief, shaky, film.

Not impossible nor improbable, but there are holes in this theory. For one, Patterson didn’t visit Bluff Creek for the first time until 1962, two years after the first of these matching footprints were documented.

Secondly, it’s a corroborating part of the narrative neither Patterson nor anyone else involved ever mentioned when trying to persuade others of the film’s authenticity. The link between the Bluff Creek prints was first noted by Meldrum decades later. Why go to all the trouble of building up alleged evidence over years only to omit it from your story?

Several respected anatomists, anthropologists, forensics examiners, and primatologists have analyzed the Patterson-Gimlin film throughout the decades. Many, including Meldrum, firmly believe in the film’s authenticity for a number of reasons including seemingly nonhuman dimensions and gait.

Others including the aforementioned Heuvelmans have been less favorable, pointing to hairy breasts and the subject’s seemingly too-casual demeanor as signs of fraud. However, of the six so-called unfavorable analyses of the footage, five couldn’t definitively say one way or the other.

Heuvelmans was the only one to say it was absolutely fake. Most of these unfavorable findings, such as the one reached by anatomist D.W. Grieve of the Royal Free Hospital School of Medicine in London, include opinions that the film is convincing enough to bring the researchers involved to the brink of believing in its authenticity. 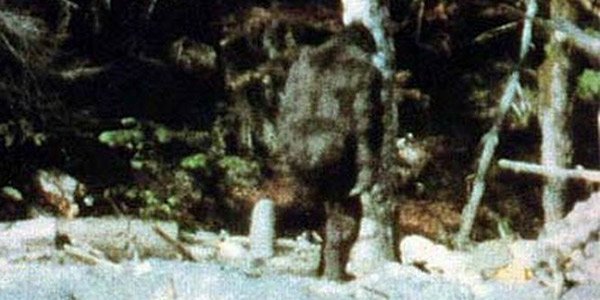 The overwhelming majority of alleged Sasquatch footage is blurry and shaky to the point where discerning limbs is difficult enough, let alone further details about anatomy, behavior, and locomotion.

The Patterson-Gimlin film, however, offers enough of a look at the subject that only one of two conclusions can be made: it’s a human in a suit, or an unidentified hominid.

Despite being reduced to only these two options, over 80 percent of unfavorable scientific analysis of the Patterson-Gimlin film refuses to determine one way or the other, citing many convincing characteristics. If it’s fake, it’s so good it practically fools experts in every avenue of relevant science.

World-renowned makeup artists and costume designers believe if it was a suit, it’s a masterpiece.

Similar to the scientific response to the Patterson-Gimlin film, the opinions of Hollywood’s leading effects masters are divided as to whether the creature is real, but nearly unified by uncomfortable notions of legitimacy.

With that said, two major effects artists considered the creature to be fake. One was the late Academy award-winning Stan Winston of Aliens, Jurassic Park, Predator, and Terminator fame, who felt the suit looked unimpressive but whose work depicting primates and other hairy creatures ranks among his least revered or remembered.

The other is Rick Baker, creator of the Harry and the Hendersons creature costume, whose anecdotal dismissal, citing detailed knowledge of a suit being sold to prank Patterson, was later retracted by his studio. 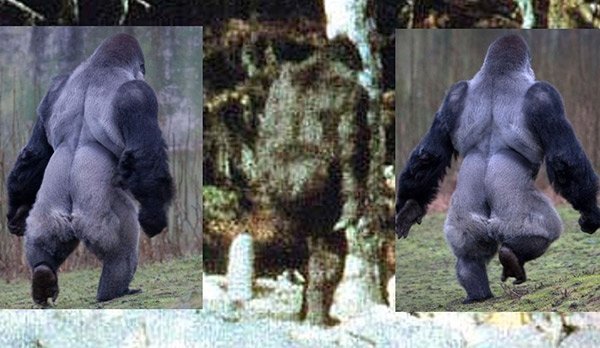 The majority of professional makeup artists and costume designers familiar with the Patterson-Gimlin film consider the creature a work of unprecedented art if not the real deal.

The most notable was the late John Chambers, Academy award-winning creator of the costumes used in The Planet of the Apes released one year after the alleged Patterson-Gimlin encounter. Chambers stated that if the creature were fake it was achieved with skills surpassing his own.

Top brass at Disney believed their technicians wouldn’t be able to replicate the film either, and the technicians themselves refused to believe it was something accomplished artificially.

Not exactly smoking guns proving authenticity, but arguments counting on Roger Patterson’s ability to acquire such a suit must contend with the fact the cowboy and amateur Bigfoot hunter was connectionless, poor, and uneducated despite his self-taught skillsets.

Despite a well-funded attempt, no one has ever been able to duplicate the footage successfully.

Viewers were told the Patterson-Gimlin film was to be finally debunked through identical recreation. The program promised to prove it was possible to make a suit matching the subject seen in the footage.

Over 30 years after the alleged Bigfoot encounter on Bluff Creek, this was the supposedly similarly-looking suit revealed as proof the original creature could be faked by clever costume designers.

As of 2015 no one has successfully produced a duplicated version of the Patterson-Gimlin film. That doesn’t mean it can’t be done – it just hasn’t been done in nearly half a century despite a highly-publicized effort to do so.

Roger Patterson died of cancer in 1972, vowing to the very end that what he saw on Bluff Creek was a Bigfoot.

Bob Gimlin avoided the spotlight until the turn of the 21st century, when he began appearing at Bigfoot believers’ conferences, as adamant as ever that what he saw that fall day in 1967 was something nonhuman.