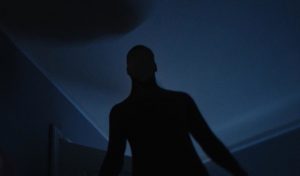 Have you ever encountered shadow people? You know, you glance out of the corner of your eye, only to be startled by a shadowy figure lurking nearby. Not all shadow people are created equal.

Paranormal investigators often classify these frightening figures into several types. Let’s explore them, as well as how to banish these invasive beings.

Often depicted in horror movies, creepers are shadowy figures that move across floors, up walls, or travel along the ceiling. They can maneuver slowly along these surfaces or zip quickly across in the blink of an eye.

Unlike shadowy beings that hit your peripheral vision, creepers grab your attention by taking up larger areas of your view. Spooky!

Dark masses appear as unexpected gray blobs that catch the corner of your eye. They have no detectable form like ghosts or other apparitions.

These beings come in various shapes and sizes, and tend to lurk around for a brief period before disappearing. They also move more slowly than creepers or shadow figures.

Dark mists are just what the name implies. They appear as dark foggy clouds or mists. Some light can pass through them, so they don’t usually appear as ominous as dark masses or other shadowy presences.

You may also see these beings captured in photos as shadows.

Shadow figures are dark masses or mists that take on human shapes. So if that strange and ghostly presence you see has the outline of a man, woman, or child, you have obviously witnessed a shadow figure.

If you find that shadow people plague you, you can banish them in a number of ways.

You can simply ignore them. Most will take the hint and just go away.

Humor and positive energy will also dispel them since these beings thrive on your fear. Try adding a little levity in the household, or play some uplifting music.

Another option is to try and communicate with the being or beings. Perhaps they have a message for you or need your help. Shadow people are not necessarily malevolent or out to do harm.

Finally, just ask the shadows to go. Be firm and explain why they need to leave. Ask them to cooperate and thank them. Most will comply.