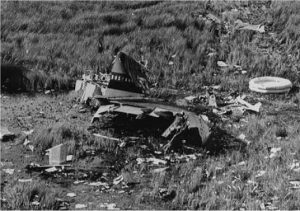 On the evening of Friday, December 29th, 1972 Eastern Airlines Flight 401 was carrying 176 people as it neared it’s destination of the Miami Airport. Flying the L – 1011 jumbo aircraft were Captain Bob Loft and Second Officer Don Repo, who were engaged in regular landing procedures when a warning light flashed on the control panel indicating a problem with the landing gear.

It is possibly that this is the reason neither of them noticed that the plane was actually descending around 200 feet per minute faster than what they think. Seconds later the airliner slammed into the Florida Everglades, killing 101 people immedietly.

Both Captain Loft and Officer Repo survived the initial impact, but both were mortally wounded. Captain Loft died before he could be pulled from the burning, twisted wreck and Officer Repo died a day later. The story of these men should have ended right there, but this was not to be the case. Eastern Airlines salvaged much of the stricken airplane and redistributed them among similar aircraft in their fleet. 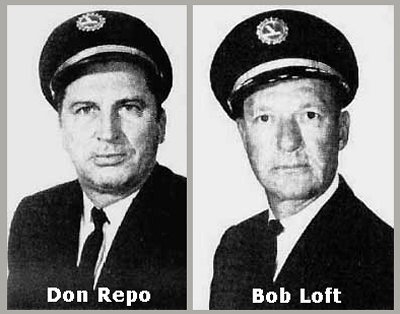 Shortly, reports of ghostly hauntings began to come in from the planes who had received spare parts from Flight 401. Most of the apparitions were reported by Eastern’s crew members, especially those on one particular plane of the airline’s fleet. Repo’s ghost appeared frequently, both in the cockpit as well as in the galley, the area where flight attendents prepared passengers meals. He seemed to be especially concerned with flight safety, and reportedly fixed a faulty oven circuit on one occasion. In other instances, he pointed out a potential fire hazzard and a hydraulic leak.

Loft’s ghost was also seen on various flights, usually sitting in first class or in the crews cabin. A stewardess once confronted Loft, asking what he was doing on the plane as she had not seen him board and could not identify him on the passenger manifest. Receiving no reply, she reported it to her flight captain. He walked back with her and recognized Loft, who disappeared immedietely in front of a dozen people.

The airline was (at least outwardly) a bit skeptical of people who reported the sightings, and suggested that they seek psychiatric counceling at the company’s expense. Nevertheless, skeptical or not, the airline removed all of the salvaged parts of the ill – fated Flight 401 from the aircraft they had been put into. The paranormal sightings ended with that. Eventually, the sightings were turned into a best selling book by newspaper reporter John G. Fuller.

Time Travelers: Journeys into the Past and Future