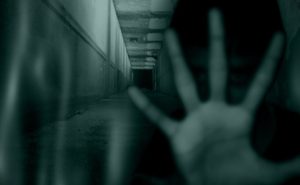 This is a true story. It happened to my family almost 5 years ago.

One Thursday evening (around 5 pm) late in October, my husband and I were notified that our oldest child, Jamie, was found dead in his apartment at the university and that apparently he had been dead for several days. Needless to say, my husband, our younger son, Chris, and I were devastated.

Friends and family gathered at our home during the evening. My husband’s only sister, Lorraine, was very close to both our children. We live only a few miles apart so we asked her come over rather than tell her the sad news over the phone. She and a close friend of hers came and stayed until well after 11PM.

The next day, my husband and I went to the University to talk with the authorities, close Jamie’s apartment and make arrangements to bring his body home. We left our home before daylight and got home around midnight.

The next morning was Saturday and my husband’s sister came over to go with us to make final arrangements for Jamie’s burial. She told us that as she and her friend arrived at her home on Thursday night, her husband, Al, met her at the door (he had not been told of Jamie’s death) saying that he had just hung up the phone from talking with Jamie.

He said he told Jamie that she was over at his home did he want him to put Jamie through on a third party call so Jamie could talk to everyone at once. He said that Jamie said, “No, just tell Aunt Lorraine that I will talk to her later.”

Lorraine said she was in shock and told Al that it couldn’t have been Jamie because Jamie was dead and had been for several days. Al said that that could not be true because he had just talked to Jamie. He was so determined that he kept trying to call Jamie at his apartment all night long.

Our family has a deep faith in life after death and we firmly believe that this was Jamie’s way of telling us that he was okay.

Along with this, he has shown his presence several other times. Jamie was an Aggie (a Texas A & M student) and they have a special candle-light memorial service each April 21 for those Aggies that have died the past year.

The year we went for Jamie, his brother Chris, stood in the memory line for his brother and held the candle in memory of Jamie. The ceremony takes place in G Rolley White Colesium on the A&M campus and the lights are out and the candles are lit as each name is called.

All the names were called and the ceremony was continuing and Jamie’s candle flame was blown out. Not another candle flickered and there was no breeze. Chris was startled. He relit the candle from the person next to him. Then as everyone in line was watching it was blown out again. This really shook Chris and he whispered, “Alright Jamie, cut it out, I know you are here.”

Chris said as he said that he was sure he felt hands on his shoulders just like Jamie used to put his hands. Chris was sure Jamie was trying to call attention to Chris – because Chris embarrassed so easily.

My husband and I were sitting in the audience and watched it happen.

Jamie had a wonderful sense of humor and delighted in teasing his little brother by calling attention to him.