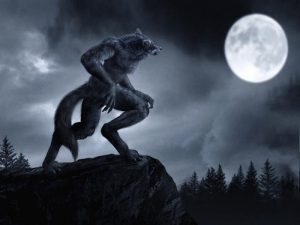 During the 1600s, there were 18 trials when 31 people were accused of being werewolves in Livonia, now part of Estonia, in Baltic Europe.

In 1692, the Catholic Inquisition put eighty-year-old Theiss, known by his singular name, on trial for idolatry and the belief that he was a werewolf and said he was going to heaven.

The sensational trial was held in Jürgensburg, Livonia. His confessions astounded the judges. Was he suffering from lycanthropy? There were other werewolf and witchcraft trials during the seventeenth century because the two were linked.

Thiess of Livonia: The Trial

The man said he some other men shapeshifted into wolves and went into hell three times a year, on Saint Lucia’s Day, Pentecost and Saint John’s Day, to battle Satan’s witches and wizards to guarantee a good harvest.

Theiss claimed that their leader was a man, Skeistan. The evil ones did their best to ruin bountiful crops by stealing seed grain and taking it into hell to keep them from growing. If the werewolves didn’t fight to get the seeds back, crops, livestock, game and fish would suffer. Theiss claimed they were the hounds of God, doing good works against evil.

The werewolves used iron bars as weapons; the witches, broom handles. During one battle, Skeistan broke Theiss’ nose with a broom stick wrapped in a horse’s tail.

The judges were stunned by his testimony because they believed werewolves were aligned with the Devil. When they asked what happened to souls of werewolves, Thiess said they went to heaven because they did God’s work. He said there were werewolves in Germany and Russia fighting witches. 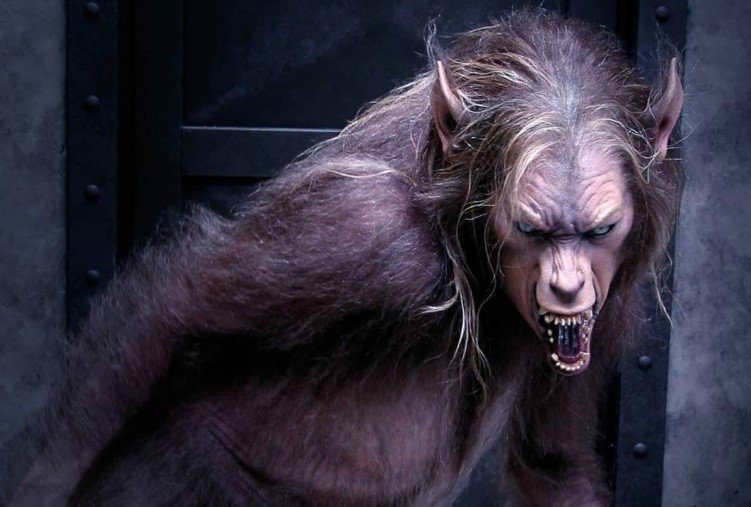 The court tried to make Theiss confess that he made a pact with the Devil and served him. He refused to. He also refused to see the parish priest who was sent for to rebuke him. T

heiss said that that he was a better man than any priest and that he wasn’t the first or the last man to fight witches as a werewolf. Theiss was sentenced to ten whip lashes on October 10, 1692 for idolatry and superstitious beliefs.

Werewolf and Witch trials in Livonia

There were about one hundred witch trials between 1610 and 1650. There’s documentation that twenty-nine women and twenty-six men were executed for witchcraft. Christianity had been established by the end of the 13th century; however many traditions had Pagan roots because adopting Pagan holidays and customs facilitated conversion.

In medieval times, Witchcraft and Werewolves were closely intertwined throughout Europe. People believed that witches could shapeshift into wolves. There were legends about witches riding to Sabbats on these creatures. Werewolf trials was regarded as just about the entity by the general public, while the authorities judged the accused as witches.

There were eighteen trials in which eighteen women and thirteen men were accused of damaging property and killing animals and people in lupine form. Victims were tortured until they confessed that they made a pact with the devil.

The church wanted the public to associate magic and Pagan customs with the devil. The Catholic church failed, so the Protestant church tried. The Unitas Fratrum, now known as the Moravians, was founded in 1457; the Lutheran church’s roots were in 1517. As late as 1696, a pack of werewolves was believed exist in Vastemoisa, led by Libbe Matz.

The last trial of sorcery was held in Harju County in 1816, when farmer Jacob, his wife, Anna, and four others, were accused of trying to track thieves using magic. The accused were whipped for committing fraud that enticed superstition and ignorance.

There is a form of a psychiatric disorder, lycanthropy, in which people fall under the delusion that they are werewolves. The November 1975 issue of The Canadian Psychiatric Association Journal reported several cases of lycanthropy. Pseudonyms were used.

Harry was convinced he was a werewolf. While he was enlisted in the US Army, stationed in Europe, he walked into a forest near his post and took LSD and strychnine. He claimed to have seen fur growing on his hands and felt it on his face.

He was compelled to eat live rabbits. His delusional state lasted for several days. A tranquilizer was prescribed and he was in therapy for about nine months, during which he exhibited psychotic behavior.

He was given an antipsychotic drug. After he improved, he was referred to an outpatient clinic. He stopped taking the medication and quit treatment. Efforts to contact him failed.

Wally was admitted to a hospital after repeated displays of bizarre lycanthropic behavior. He had no history of substance abuse. He was diagnosed as psychotic and intellectually challenged. Doctors performed a brain biopsy because of his increasing dementia.

There was an abnormal physiological deterioration of his cerebral tissue. The diagnosis was chronic brain syndrome of unknown origin. When he was prescribed antipsychotic meds, he showed no further symptoms of lycanthropy.

Is it possible that medieval werewolves were victims of the superstitious beliefs and hysteria of their times, as witches were? Perhaps, the werewolves suffered from lycanthropy.

Another theory is that some werewolves are cryptids, unknown mysterious animals, as evidenced by Wisconsin’s Wolf of Bray Road and the Beast of Gevaudan who terrorized the French countryside from July 1764 until it was finally killed by Jean Chastel, who believed the beast was a loup-garou, a werewolf, in June, 1767 by putting silver bullets and shooting it twice.

Camping Cryptids: Creatures You May Encounter In Summer