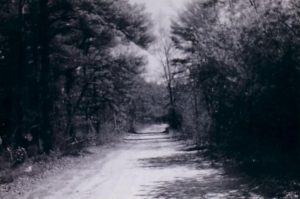 Hockomock Swamp, the heart of the “Bridgewater Triangle”, is the place of many paranormal events including mystery-animal sightings, spook lights, and Bigfoot encounters.

The so-called “Bridgewater Triangle” is an area in Massachusetts encompassing several towns that has been the scene of paranormal events for centuries. First studied in depth by Fortean researcher Loren Coleman, this area is approximately 200 square miles located in the southeastern most part of the state.

At the heart of this triangle is Hockomock Swamp, which covers over 6,000 acres of wild land. A place of mystery, the Native Americans appreciated its extraordinary nature when they named it “Hockomock”, which means “Place Where Spirits Dwell”. Since that time, people have reported paranormal occurrences in and around the swamp.

Many reports describe sightings of mysterious animals in the area. Large birds, called “thunderbirds” by Native Americans, have been witnessed by many people, including a police officer.

The seemingly prehistoric birds are described as having a wingspan of eight to twelve feet. Large snakes have also been seen in the swamplands. In the 1930s, CCC workers reported seeing huge snakes, coiled in the pathways as “big as a stovepipe”.

Black panthers, giant turtles, and phantom dogs as big as ponies have also been reported in and around the swamp.

Bigfoot creatures have also been witnessed in Hockomock Swamp. In 1970, several saw a hairy seven-foot-tall animal, which stood on its hind legs, but was seen running on all fours.

The sighting was classified as a bear, although bears are no longer considered to live in the region. Later that same year, two policemen sitting in their cruiser felt something pick up the rear of their patrol car.

The officers shined the spotlight on a creature. As it was running away, they caught a glimpse of it. It resembled a bear, though none was ever found.

A local resident claims to have seen the “Hockomock monster” in the winter of 1978. He described the creature as at least six feet tall, weighing no less than 400 pounds and covered with dark brownish hair.

Another Bigfoot sighting around the same time was reported by a woman who saw a tall, bipedal creature in her garden one night, snacking on a pumpkin. It had dark hair and reddish eyes. When it noticed her, it ran into the woods, taking the pumpkin with it.

A more recent report comes from a trapper from West Bridgewater. On a cold night in the 1980s, the man was in his canoe running trap lines when he began to get the feeling he was being watched.

As he moved about in his canoe, he could hear the ice creaking underneath something that seemed near him. A report in the Boston Herald quoted him saying, “Something was following me and I knew it was big… I knew it wasn’t a human because when it passed by me, I could smell it. It smelled like a skunk- musty and dirty. Like it lived in the dirt.”

Spook lights, also called “ghost lights”, are a phenomena where balls of light are seen dancing about. Commonly reported around Hockomock, spook lights are said to move, change color, shape, size and intensity, often responding to humans as if some sort of intelligence is behind the occurrence.

In the late 1960s, five witnesses saw a ball of light floating among some trees in nearby Rehoboth. Upon shouting at the light, it suddenly expanded to five feet in diameter and raced toward them.

Understandably, the frightened witnesses fled! The local town of Raynham also boasts sightings of these unidentified orbs, which are seen every January on the railroad tracks behind the dog track.

All of these sightings and anomalies raise more questions than answers. It seems that something paranormal has chosen the Hockomock Swamp area as its home and, more than likely, it won’t be leaving anytime soon.