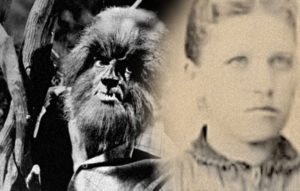 Werewolf stories are not very common in the good ol’ US of A. In my rather scattershot reading I’ve only come across two cases. One is ongoing–that of the strange creature that has reportedly been haunting Bray Road, near Elkhorn, Wisconsin, sporadically since the 1930s; the other comes from Talbot County, Georgia.

The following is based on an account from Nancy Roberts’ 1997 book “Georgia Ghosts”.

The story of the Georgia werewolf begins in the 1840s, with a strange young woman named Isabella Burt.

She was one of three daughters in the family, and she was so different from her sisters as to be almost a changeling: thick shaggy hair and eyebrows, small dark eyes, and–her most peculiar feature–teeth so pointed they almost looked as if they had been filed that way.

One report says that her mother once asked the family dentist if something could be done to make her teeth look less odd, say perhaps by blunting them. His response was quite sinister in retrospect: “Her teeth are perfectly healthy. After all, aren’t we humans basically carnivores?” (Roberts, p. 175.)

Isabella had always been rather an invalid, and sometime after that visit to the dentist began suffering from chronic insomnia, which not even an opium tincture could ease for long. Isabella took to leaving the house at night, wandering the surrounding countryside and slipping home just before dawn.

Her sister Sarah had recently taken up with a young man of whom the family did not approve.

This farming family kept a number of sheep, and one morning Sarah’s young suitor stopped by the Burt house with news that several of the sheep had been attacked by a creature that left wounds on them, but did not kill them.

The shepherd had heard nothing. While Sarah and Mrs. Burt expressed alarm and wonderment, Isabella asked if the creature might have been a wolf. Wolves were, by that time, all but extinct in the eastern United States, so he found the question strange.

Each time the suitor came to visit thereafter, he brought news of more attacks by the strange creature.

No one was exactly sure when the locals began to suspect that the creature preying upon their livestock must be a werewolf, that shape-shifting creature most common in French folklore. Werewolves, say the French, are creatures who change from human to wolf.

In France, there was an outbreak of werewolf cases in the sixteenth and seventeenth centuries that led to hundreds of confessed werewolves being burned at the stake, for the process by which they changed shape–it involved a particular kind of ointment which was rubbed into the skin–was deemed witchcraft. 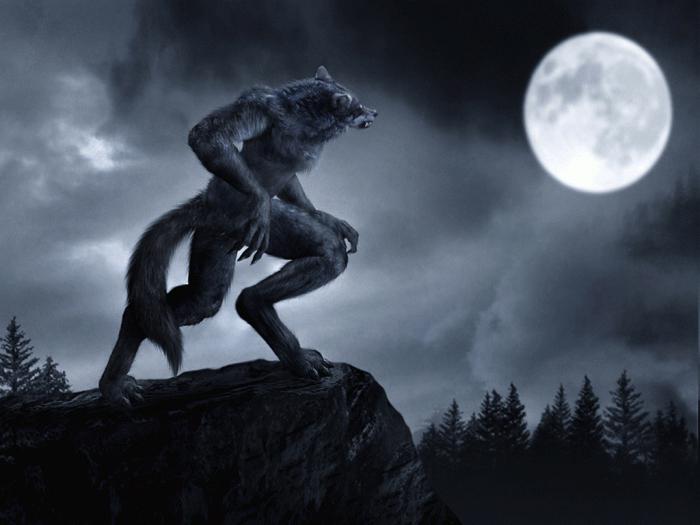 Things came to a head one night when the creature was spotted in the Burts’ own sheep pasture.

The neighbors were out that night, keeping watch for the wolf. One of them shot it with silver bullets, taking off its left front paw.

The next morning, Isabella Burt was laid up with a ghastly injury; her left hand had been taken off at the wrist by a gunshot. The story the Burts gave out was that in the excitement of the night before, she had somehow gotten in the midst of all the shooting and had been accidentally wounded.

When Isabella was well enough to travel, her mother sent her to France, ostensibly to visit relatives. While she was away, the attacks on sheep and cattle ceased altogether.

The legend says that during her stay in Paris, she was in fact treated by a doctor who specialized in the treatment of an emotional disorder called lycanthropy.

Clinical lycanthropy is defined as a rare psychiatric syndrome that involves a delusion that the affected person can transform into, has transformed into, or is, an animal. Its name is associated with the mythical condition of lycanthropy, a supernatural affliction in which humans are said to physically shapeshift into wolves.

Reports that, after Isabella returned to Talbot County, there were a few minor attacks of the same sort could not be proven. She remained single all her life, and when she died–sometime in the 1890s–she was said to have been buried in holy ground, with the rest of her family.

Stories persist, however, that on certain nights her sad spirit can be heard roaming the Georgia hills, howling mournfully.