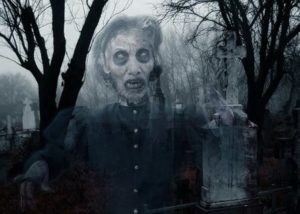 Not far to the north of Columbus, by the city of Akron, there sits a village known as Mogadore.

While one might expect to find wizards, trolls and a treasure-filled cave gaurded by a dragon here, Mogadore offers little more than a nearby reservoir, which local legend actually does claim is inhabited by a Bigfoot-type of the beast.

Beyond its reputation as an unremarkable suburb, Mogadore has an interesting history.

The village, originally known as Bradleyville, was founded in 1807 by none other than Ariel Bradley, a man who, when nine years old, acted as a spy for George Washington in the Revolutionary War.

Bradleyville took it’s much catchier moniker in 1825 when a “celebrating” sailor climbed the rafters of a construction project, smashed his whiskey bottle against the structure and proclaimed the land as Mogadore… and it actually stuck.

Over the course of its history, Mogadore became an important stop on the Underground Railroad and world renowned pottery powerhouse, though most evidence of these ventures has been wiped away by time, floods, fires and tornadoes.

The little town has also contributed a curious aspect to the story of ghosts in Ohio.

It all began in 1906, when citizen after citizen claimed to witness a specter that was described in the Canton Morning News as having “long hair, hanging down the back from the head. Over the head is thrown what appears to be a black shawl. The body is covered with the blackest of black robes, which trail along the ground.”

You’re thinking: some gloomy lady in mourning was unwittingly frightening a bunch of bored farmers on her evening strolls. Big deal.

But there was more to this apparition than a case of misidentification. Many respectable, no nonsense townsfolk offered to take an oath swearing that what they saw was not a manufactured prank nor a living person and their accounts often left little room for argument. 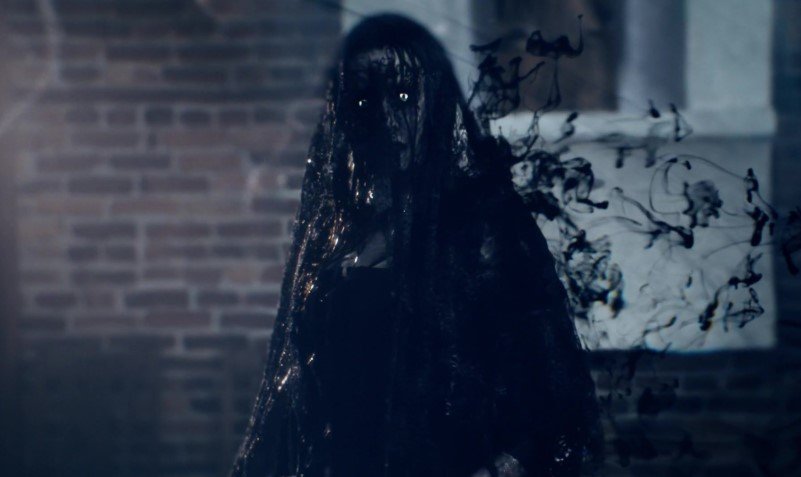 Take, for example, the words of a railroad worker that encountered the shade while walking the tracks one night: “I thought it was a woman and stepped aside to let her pass. Just then the strange thing began to vanish. For a moment I stood still and looked on in astonishment. Whatever it was, it did not run or offer a word. It simply vanished, and within 3 feet of me!”

After several weeks of terror, sightings of the specter came to a halt, leaving only the unanswered question of what had come to visit Mogadore and why.

Eventually, life in the village returned to normal and people forgot all about the time when an unexplainable entity haunted their streets, fields and homes.

Then, fifty three years later, the police force of Mogadore received the first of what would become a deluge of reports by frightened citizens who claimed to have seen a ghost.

Just as in 1906, the whole town seemed haunted in 1959. People saw the spirit gliding across fields, floating down roadways and peering from the windows and doorways of abandoned buildings. Word quickly spread and thrill seekers started flocking to Mogadore in hopes of having their own encounters.

Then for a brief moment in July of 1959 (five months into the scare) it seemed the mystery had been solved.

Four ghost hunting teens from neighboring Suffield were driving on Saxe Road when they were waved down by a man claiming to be a journalist for the Akron Beacon. Telling the teens that he had just encountered the ghost at a nearby abandoned house, the man asked if they would like to accompany him as he returned to get a photograph.

As the group approached the dark and lonely house they began to hear a strange noise coming from behind some trees. The boys watched in horror as a billowing white figure emerged and started coming straight at them.

The terrified teens ran as fast as they could but their escape was hampered when one of them became entangled in a barbed wire fence. With the flight response eliminated, the fight response kicked in and the party began to pelt their assailant with rocks.

This brought about a reaction one would not expect from a ghost. The terrible thing turned and fled into the old house then vanished.

When the police arrived to investigate they found no evidence at the house and chalked it up as just another one of the many strange occurrences the town had been plagued with over the past five months.

As the officers were leaving the scene, they came across two men and a woman stranded on the roadside with a dead car battery. When they noticed that one of the men’s face was covered in white shoe polish they examined the car and found a white sheet and helmet liner and the whole prank unraveled.

The next day the culprits, Thomas Baumgartner and Junior Hamilton, were found guilty of disturbing the peace and fined $50 each. Baumgartner’s wife, Judith, was exonerated on all charges of “ghosting”.

Why would this not solve the Mogadore mystery once and for all? Aside from the fact the Baumgartner and Hamilton have always insisted that they only perpetrated the one hoax that got them caught, sightings of the ghost continued for months afterward.

When we consider this, with the additional strange sightings of 1906, we are left to wonder what really did happen in Mogadore.

Was it mass hysteria, a series of Scooby-Doo type conspiracies meant to scare away big developers and outsiders, tainted water supply or a strange visitation by something from the other side?