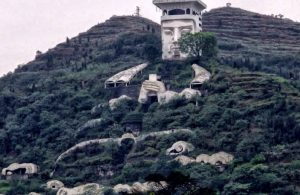 If you look it up Fengdu on Wikipedia what you’ll find is that the lost city is a tourist attraction in the Fengdu County of China and a brief description of the various temples and monuments related to Diyu नरक or “Naraka”, the realm of the unwanted dead or as we call it “hell”.

However; Wikipedia fails to mention that the city is believed by locals to in fact be the entrance to Diyu… Welcome to Fengdu, the Ghost City.

Diyu, the realm of the dead is a combination of the Buddhist and traditional Chinese beliefs on the afterlife. It is described as an underground maze (sound familiar?) with thousands of levels and chambers where the souls of the dead are taken to be punished for their sins. 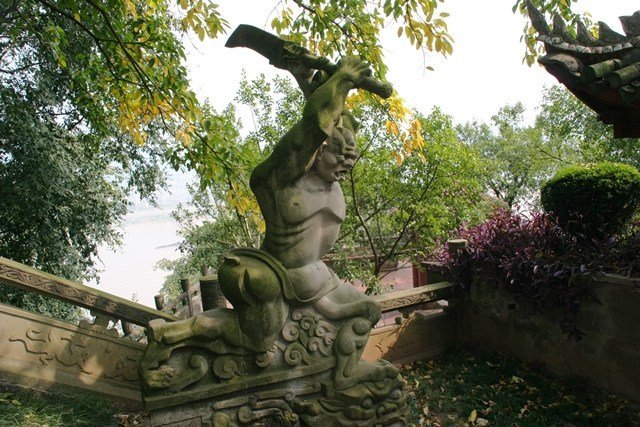 Most traditions state that the souls are subjected to gruesome tortures until there is nothing left of the soul to torture, but it doesn’t end there. The souls are then restored to their original state and the torments begin again.

Fengdu, doesn’t disappoint in its depiction of these events. The ghost city is covered from end to end with excruciatingly vivid murals of torment and suffering. The names of the many structures within the city follow themes such as “the Door to Hell”, “Nothing To Be Done Bridge”, “Hall of Judgment”, and “Ghost Torturing Pass”.

The ghost city is over 2000 years old and has been victim to a number of destructive events leaving the city with a distinct look and feel of a true lost city. A decade ago the Chengdu River rose due to the construction of the nearby Three Gorges Dam and swallowed half the city under water.

The neighbouring ruins which climb the mountains across the Chengdu River have begun to degrade and collapse as well.

Possibly the most disturbing sight to be found is not far up the river along Qutang Gorge where hundreds of coffins containing the deceased can be found hanging from sheer cliffs, and fixed on stakes into the river’s edge. Even more coffins can be found hanging within the caves throughout the region. The coffins to date back an estimated 2000 years.

Whether or not Fengdu is in fact the literal gateway to Hell as the locals believe there’s a definite eeriness to the region as a whole brought about by the combination of the slow destruction by weather, and the remnants of an ancient religion. Of course there’s also the hundreds of depictions of torture and the dead bodies in coffins hanging from cliff walls.