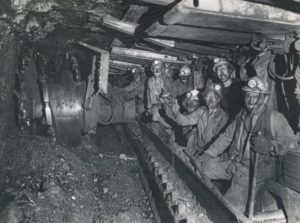 For years researchers of the paranormal have puzzled over the cause of ghostly hauntings. The consensus opinion seems to be that the bulk of supernatural activity occurs as a result of residual energy, left behind by once living souls.

According to this view, ghosts are like echoes in time, oblivious to their modern surroundings. This explanation is supported by the many accounts of spiritual activity that are available for study today.

Hauntings are regularly made manifest not by the appearance of an actual apparition, but by inexplicable changes in the psychical environment such as sudden temperature changes, disruptions in the electromagnetic field and increased levels of radiation.

There are some very important exceptions to the explanation given above. Poltergeists, possessions and reasonable apparitions all demand an explanation that goes beyond “echo theory”. These spirits are certainly not oblivious to their surroundings. They interact heavily with the living world and sometimes display rudimentary intelligence.

One of the most fascinating types of ghosts are those spirits that seem to demand that action is taken on their behalf. Murder victims may haunt their place of passing in order to achieve a proper burial or to bring their slayer to justice, for example.

This type of “ghost on a mission” is referenced throughout history, stretching back to the dawn of civilization. The recent case of the “eyes in the darkness”, which comes from Bolton in England is a particularly chilling example of a haunting that exists in order to affect real-world change.

Bolton is a working class, industrial city, situated in the north of England. The location became rich as a result of Great Britain’s Victorian industrial boom. Amongst Bolton’s primary industries was coal mining. Many of the companies that were running this trade had started early.

As a result, Bolton, in common with many other British industrial cities, was leading the rest of the world in the production of fossil fuels. However, this head-start proved to be a double edged sword.

By the start of the 20th Century, the coal mines of Great Britain were becoming depleted. The rich seams of surface coal that had initially produced such great wealth were drying up, so the miners were forced to go deeper and deeper in pursuit of the resource.

The Pretoria Pit, near Bolton, was one such mine. By the early 1900s it had become deep and dangerous. Workers, many of whom were children, complained about the perilous conditions, but there was little they could do to object, other than quit their job and face a life of destitution.

As well as complaining about the blatant risks of working in Pretoria Mine, the workers also became concerned about a number of bad omens, including apparently supernatural portents. Amongst these signs of an impending catastrophe were sightings of “black crows of carrion” deep inside the mines, as well as the disembodied noise of startled horses.

The miners’ pleas for safety fell on deaf ears. They continued to work in the dangerous pit until disaster struck in 1910. It is thought that a small collapse inside the mine caused a light to break, igniting the natural gas that permeated the subterranean atmosphere.

The resulting explosion killed everyone who was working that day – 344 victims in total. It became the U.K.’s worst ever industrial disaster and left a deep psychological scar on the surrounding area. 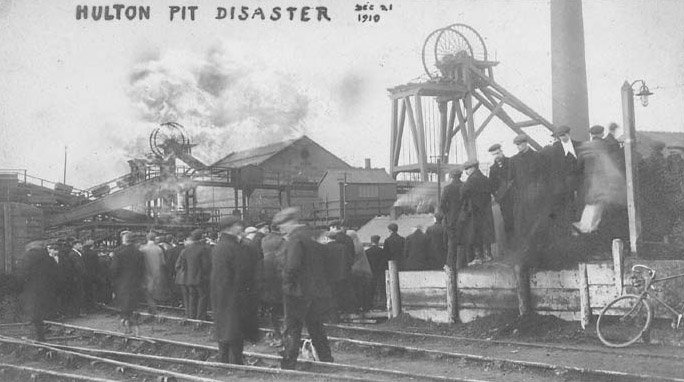 80 years on, in the early 1990s, memories of the Pretoria Pit disaster had faded. The family and friends of those killed had succumbed to the passage of time and passed from this world.

The town no longer held a remembrance service to commemorate the tragedy and many locals were actually oblivious to the area’s dark past. However, it seems that the spirits of those killed were not yet ready to be forgotten. What followed was an intense period of paranormal activity that would be witnessed by many hundreds of people across a wide geographic area.

In 1993, Brian Lowe, a local to the area, was driving along Platt Lane, a small road that ran adjacent to the former site of the mine. He suddenly became aware of dozens and dozens of eyes staring at him from the roadside darkness.

Startled, he accelerated quickly to get away from the strange shadowy hoard, but as he did so, he heard a loud bang. Initially, he thought he had blown-out a tire, but he soon realized that the car was still functioning normally, so continued to speed away.

When Brian reached his end destination, he was greeted by a terrified friend, who told him that an explosion had been reported locally, near Platt Lane. Apparently scores of witnesses had seen a tremendous flash of light, followed by a rumbling boom. The area was soon closed-off to the public, but despite an extensive search, no evidence of any disturbance was found. 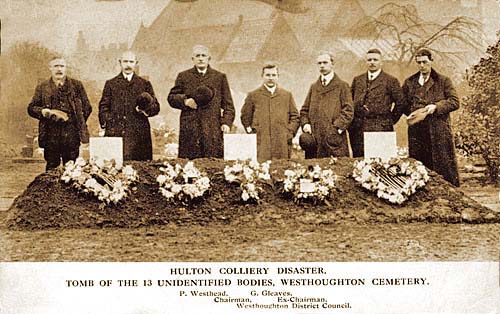 These events precipitated a 17-year period of strange, unexplainable events in the area surrounding the former Pretoria Pit. People would report seeing bodies lying in the roadside, as well as disfigured, limping forms stumbling from the bushes and darkness.

Sightings were often accompanied by an unexplainable stench (described as being like burned meat), plus the reoccurring sound of a mystery explosion. Rumors of a mass haunting soon spread throughout the local community and many people opted to avoid the area altogether.

When a local policeman reported seeing a severed arm dangling from a tree, only for it to disappear before his eyes, a group of locals decided to act in order to bring the paranormal activity into abeyance once and for all.

Believing that the spirits of the deceased disaster victims had become unsettled by the neglect of their memory, a fund was established to pay for the construction of a permanent memorial.

When the memorial was finally completed, a service was held in memory of those killed and their monument, etched with the names of each of the deceased, was sanctified by a local priest. Subsequently, no further reports of ghostly activity were made.