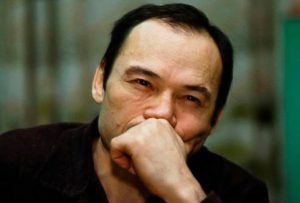 Nikolai Dzhumagaliev was born on November 15, 1952, in the Soviet Union republic of Kazakhstan, and was a serial killer known as Metal Fang due or his unusual false teeth made from white metal.

He would lure women into the dark end of a local park, where he would rape them and hack them to death with an axe and knife that he carried on him at all times.

A cannibal, he would often not only rape and kill his female victims, he would also carve up their bodies. He would then proceed to cook up parts of his victims and eat their flesh. The rest he would bag up in a sack and take home with him and serve the meat to his friends at dinner parties.

He was considered by all who knew him to be a well-spoken, clean-shaven gentleman, who was always neatly dressed, and though not exactly a “loner”, he would generally keep to himself. 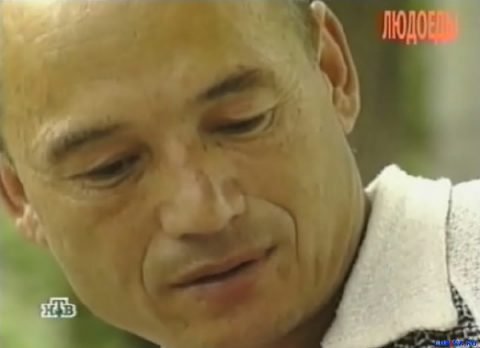 I always loved to hunt, often went hunting, but this was my first time hunting a woman. When I went out on the Uzun-agach-Maibulak track, I saw some young peasant woman. She was alone. I felt my heart pound within me and I ran after her. Hearing my footsteps, she turned around, but I caught up with her and put my arm around her neck, dragged her to the side of the landfill.

She resisted, and then I cut her throat with a knife. Then I drank her blood. At this point, from the village appeared Bus Factory. I laid down on the ground and crouched next to the murder. While I was lying in my cold hands.

When the bus drove, I warmed my hands on the woman’s body and stripped her naked. I cut the corpse’s breast into strips, removed the ovaries, separated the pelvis and hips; I then folded these pieces into a backpack and carried them home.

I melted the fat to fry with, and some parts I pickled. Once I put the parts through a meat grinder and made dumplings. I saved the meat for myself; I never served it to anyone else. Twice I grilled the heart and the kidneys.

Grilled meat, too. But it was tough, and cook it for a long time had its own fat. The meat of this woman took me a month to eat. The first time I ate human flesh through power but then I got used to it.

But when he was arrested in August 1979, in the middle of his murder spree, it wasn’t for the brutal murders of those women. It was for accidentally shooting his workmate dead. He served a year in prison for the shooting, and whilst there was diagnosed with schizophrenia.

So, as soon as he was released in December 1980, he started killing again.

Dzhumagaliev’s ninth murder was the fatal one for him. He invited some friends and their girlfriends to his home.

He killed one of them and began to dismember him in the next room, and when the guests looked into the room, they fled in horror from the house and reported it to the police. The arriving policemen caught the cannibal on his knees, smeared with blood.

The police were shocked, which allowed Dzhumagaliev to escape. He fled to the mountains naked, only with a hatchet in his hands. But on the next day, on December 19, 1980, he was arrested

On December 3, 1981, a trial took place. Since Dzhumagaliev had already had a previous diagnosis of schizophrenia, he was again declared insane and sent for compulsory treatment to a special treatment center, where he spent 8 years.

On August 29, 1989, Dzhumagaliev fled using a car, which was transporting him to an ordinary mental hospital. He wandered for a long time around the USSR, and according to some reports, he committed a series of murders in Moscow and Kazakhstan. 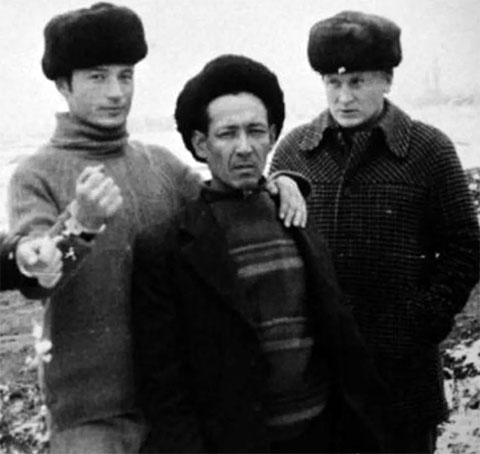 Only two years later, he was arrested and returned to the mental hospital. He was determined as “cured” several times and released, but he was perceived very negatively in his native village, and therefore he fled.

Dzhumagaliev was declared a fugitive. For several years he was caught around Moscow, Kyrgyzstan and Uzbekistan. He hid in the mountains for two years, mainly in Kyrgyzstan, where he collected medical plants for food, exchanging them for food with the local population.

With the passing of each day, it was getting harder for him to hide, as hang-gliders pestered him constantly and motorcrafts were also engaged in the search.

Dzhumagaliev decided to end his adventures by staging a theft, intending to return to Tashkent and go to prison for a minor crime. His plan was successful, and in April 1991, for the theft of sheep, Dzhumagaliev was seized in Fergana. He pretended to be Chinese and, accordingly, was placed in the general cell of the SIZO.

During interrogations, he willingly confessed to the theft, but he could not explain how he had made his way to the Soviet Union. In connection with these circumstances, a request was sent to Moscow.

Colonel Yury Dubyagin, who was previously engaged in capturing Dzhumagaliev, arrived in Fergana from the capital. The cannibal was exposed and returned to a mental institution, where he remains to this day.

While Dzhumagaliev was tried for murdering seven women from 1979 to 1981, some experts believe he may have killed 50 to 100 victims. In an interview after he was recaptured in 1989, Dzhumagaliev claimed he murdered sex workers because he wanted to “rid the world of prostitutes.”

However, not all of Dzhumagaliev’s known victims were sex workers, making it more likely his murders were motivated by his admitted hatred of all women and not by a mission to end prostitution.

He once filed for the death penalty, but it was regarded by experts only as a deterioration of his condition.

Doctors say about him: “The behavior is orderly, the patient is calm. He willingly works in the department, helping the staff. We have no grounds for his danger to others. He can quietly be in society and be observed in a regular hospital.”

The question of his discharge is still open. Specialists studying serial killers strongly disagree with the conclusions from the clinic’s doctors.