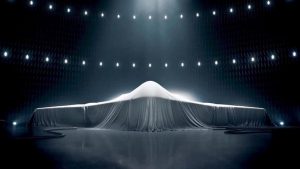 A recently declassified list of top secret US government projects reads something like an episode in X-Files. It recently emerged that the Pentagon was involved in a secret $22 million UFO program known as the Advanced Aviation Threat Identification Program between 2007 and 2012.

Although the news came as a surprise to some, it turns out that the program also involved serious research into a wide range of technologies and concepts’ out there.’ Now a newly declassified document published by the Freedom of Information Act has revealed the work of the United States Defense Intelligence Agency.

Some of the 38 projects listed are:

Unfortunately, the document does not provide any details, which means that we can only speculate on what some of them actually entailed and what kind of research they conducted.

“I think anyone looking at these titles will scratch their heads and wonder what the Defense Intelligence Agency was thinking about on earth,”said Steven Aftergood, Director of the Government Secrecy Federation of American Scientists.

“These are the kinds of topics you pursue when you have more money than you know what to do with.”