Project Gemini was NASA’s 2nd human spaceflight program. It was an United States Of America government civilian space program started in 1961 and finished in 1966. Project Gemini was conducted between projects Mercury and Apollo. The Gemini spacecraft transported a two-astronaut team. Ten crews flew low Earth orbit (LEO) missions between 1965 and 1966. It put the United States in the lead during the Cold War Space Race with the Soviet Union.

In the days when there were not a lot of satellites launched c.1966, is it possible that these really brightly colored objects came to observe man’s attempts to conquer space travel? Or are they secret satellites? Either way they are a long way off and presume quite large. 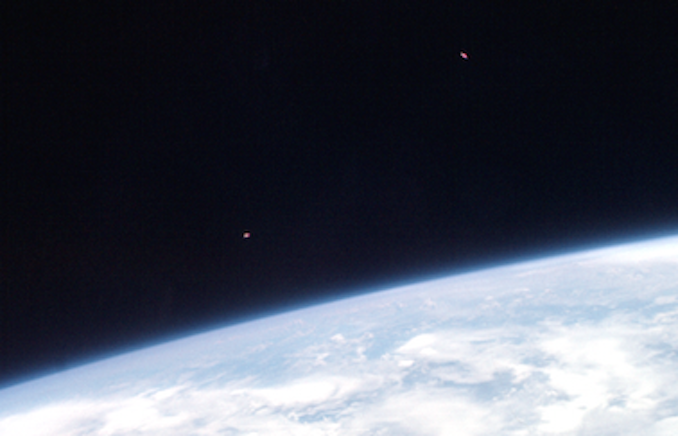