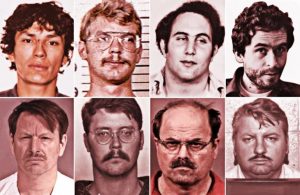 Does your star sign really determine your characteristics, or is it simply a fluke?

It does impact on whether you turn out as a serial killer or not, according to The Mirror.

Author David Jester has been researching his new thriller Clinic for the last two years, which was released this week.

As a result of the investigation, he found that most serial killers were born under the star sign of Taurus, which is between April 20 and May 20.

Also on April 21, and February 18, the most serial killers were born.

Levi Bellfield, Albert Fish, Steve Wright, and Martha Beck were among the notorious killers born in this month.

So, it may be worth taking note if you notice any Taureans acting strangely…