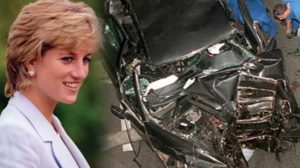 Did Princess Diana know who was plotting to kill her? Diana gave a handwritten letter to her butler Paul Burrell, 10 months before she died, to keep as “insurance” for the future. In the letter, revealed in Burrell’s book “A Royal Duty,” the princess knew she was marked as an “inconvenient woman.”

Diana, who died in an August 1997 car crash in Paris, named the person she believed was plotting against her, predicting her own death, when she wrote, “This particular phase in my life is the most dangerous…(Name Redacted) is planning ‘an accident’ in my car, brake failure and serious head injury in order to make the path clear for Charles to marry.”

Meanwhile, author Patricia Cornwell is conveniently claiming to have “solved the Diana mystery,” muddying the waters as she did with the Jack the Ripper Murders. Cornwell absolved the high-ranking Royal-Masonic Cabal of the deaths of the prostitutes, as described in the late Stephen Knight’s book “Jack the Ripper: The Final Solution.

“A great deal is at stake if the Establishment considers it necessary to operate a full scale cover-up,” writes Knight. “For the truth of the Jack the Ripper affair to have been painstakingly concealed can mean nothing less than State security was at risk, or that someone high in the Government or the Royal Family was involved.”

As it was with the Murder of Princess Diana.

Author Stephen Knight explains how Britain’s entire political system at the end of the 19th century was threatened by the hidden facts — Prince Albert Victor (“Eddy”) was not only bisexual, but he had married a Roman Catholic girl and fathered a child with her. Evidently these debaucheries were so scandalous that the Ruling Class would not abide even the slightest hint of this revelation.

When a group of working girls decided to blackmail the Royals, the Marquess of Salisbury, then Prime Minister, had to take care of the problem. He entrusted Sir William Gull, physician and abortionist to the Royal Family, for the mission.

The deliberately engineered panic, i.e., the murder of five prostitutes, was done according to Masonic ritual. The ritual murder and disembowelment “met with such ghastly success because of the audacity with which they were executed,” said Walter Sickert, Knight’s informant whose painter-father had intimate knowledge of the Cleveland Street murders. This so-called “audacity” is a trademark of Masonic “mischief-making.”

“All Jack the Ripper victims were dispatched according to age-old Masonic ritual,” Knight continues. The mutilations of the “unfortunates” were done according to Masonic tradition, the standard way of dealing with “traitors.” In fact, the oath recited by initiates promises a ghastly death and mutilation — in the case of “betrayal.”

Meanwhile the UK Mirror’s editorial reflects a growing concern about the Princess Diana Murder and Cover-up: “Today’s Mirror front page is one of the most dramatic and devastating we have published in our entire history.”

Diana’s letter reflects her understanding of the diabolical nature of the Royal Family and the House of Windsor. The UK Mirror, which published the letter, said it could not reveal the identity for fear of a lawsuit. It printed a photograph of part of the letter, with the name blacked out.

Before sealing the letter in an envelope marked “Paul’, the princess told Burrell: “I’m going to date this and I want you to keep it. Just in case.”

Burrell writes in his book — “But, with the benefit of hindsight, the content of that letter has bothered me since her death. For this is what she wrote 10 months before she died in that car crash in Paris:

“I am sitting here at my desk today in October, longing for someone to hug me and encourage me to keep strong and hold my head high. This particular phase in my life is the most dangerous. (The princess then identified where she felt the threat and danger would come from) … is planning ‘an accident’ in my car, brake failure and serious head injury in order to make the path clear for Charles to marry.

“I have been battered, bruised and abused mentally by a system for years now, but I feel no resentment, I carry no hatred. I am weary of the battles, but I will never surrender. am strong inside and maybe that a problem for my enemies.

“Thank you Charles, for putting me through such hell and for giving me the opportunity to learn from the cruel things you have done to me.

“I have gone forward fast and have cried more than anyone will ever know.

“The anguish nearly killed me, but my inner strength has never let me down, and my guides have taken such good care of me up there.
Aren’t I fortunate to have had their wings to protect me…”

Burrell said Diana believed she was regarded as a nuisance once she and Prince Charles were divorced in 1996.

The cover story for Diana’s murder was cast in stone with a French inquiry in 1999 that concluded the car crashed because the driver had been drinking and traveling too fast. But there has never been an inquest in Britain.

The UK Mirror, which published the letter, said it could not reveal the identity for fear of a lawsuit. It printed a photograph of part of the letter, with the name blacked out. Before sealing the letter in an envelope marked “Paul’, the princess told Burrell: “I’m going to date this and I want you to keep it. Just in case.”

According to the Mirror, these are the unanswered questions about the death of Princess Diana.

* What really happened to Dianas Mercedes that night?

* Did she receive the medical treatment she required?

* Had she taken drugs?

And that goes for the rest of the world too…

CIA Had Communication With Lee Harvey Oswald Before JFK’s Murder

Bilderberg Group – Do They Control The World?