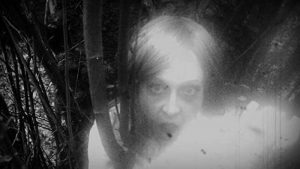 This article may be about Satanists, it may be about international espionage or just plain random murder, but one thing is for certain – this article is about a mystery. A series of bizarre events with no end that begins with a human skull embedded in a tree. Introducing Bella and the Wych Elm…

“I Know What You Did Last Summer” fans of pop culture horror movies are no doubt familiar with those words. The story of Bella begins with four boys’ discovery of a skull embedded in a Wych Elm and quickly escalates to that format of creepiness.

Finding Bella Down the Wych Elm

Stourbridge in England is a small suburb of Birmingham in the UK’s West Midlands. In the spring of 1943 the four local boys that made the gruesome discovery were illegally poaching in the woods of Hagley Hall estate when they took a rest in the infamous Wych Tree.

While climbing the tree in search of bird nests one of the boys, Bob Farmer, found a deep depression in the upper areas of the tree’s trunk. In it he found a human skull pressed so deep into the depression that the tree had begun to form around it.

At first, he believed it to be an animal’s skull and so began to dig it out from the tree. Can you imagine his shock when he dislodged it and discovered human teeth and even hair unmistakeably making the skull that of a human female? The boys continued to search the tree and found a gold wedding ring with no inscription, and fragments of clothing.

When the police arrived and began further investigation of the tree they unearthed more grisly relics, including a severed hand that had been buried at the base of the Wych Elm. The advanced forensics of today’s science were a long ways off, the best they could determine was that the body had been placed in the tree “still warm” roughly eighteen months earlier.

The discovery of the gold wedding band ruled out robbery, but they were unable to determine sexual assault.

To this day we don’t know whose body that was in the Wych Elm – it was nicknamed Belladonna. Numerous region wide alerts were put out to discover the identity of the female corpse, but a reported unaccounted for “missing woman” in the region could not be found.

It gets stranger… during the time of the investigation graffiti began to appear across the suburb of Stourbridge, which read “Who put Bella in the Wych Elm”. The writing was erratic and messy, almost as though intentionally made creepy.

Despite the messiness of the writing the authorities were able to determine that it was one person’s writing coating Stourbridge from end to end with the same ominous message. This went on for years, the townspeople were even beginning to whisper of black magic, or that Bella had been a spy.

hese rumors were ignited when in 1943 a local newspaper received an anonymous letter in which it was claimed that Bella was a spy employed to deliver secrets to the Luftwaffe about local munitions factories. This was WWII after all.

The letter was counteracted by a well-reputed professor at the University of London who stated that the manner in which the body was found pointed directly to the practice of black magic, but then it all stopped.

As mysteriously and suddenly as the rash of graffiti began, it ended with not even a single witness of the author. By this time over fifty pieces of graffiti had been left with the words “Who put Bella in the Wych Elm”, all by the same author and without a single person having ever seen the artist at work.

The killer and the graffiti artists were both at large fifty years later in 1999, but the community of Stourbridge had moved on. Bella was still an unknown victim, there had never been so much as a suspect for the murder, and the mysterious graffiti artist has never been found, but it was all in the past.

In 1999, on the night before the solar eclipse, all of that would change when a 200-year old Wychbury Obelisk was found with a new installment from the infamous graffiti artist. Once again it read “Who put Bella in the Wych Elm?” in the same creepy style and worse yet it would be later confirmed that it was writing belonging to the same hand as those messages in the 1940s.

Why did the author reappear after fifty years, who was Bella and why was she murdered, her corpse hidden in such a bizarre fashion? Most importantly who was the killer “Who put Bella in the Wych Elm?”