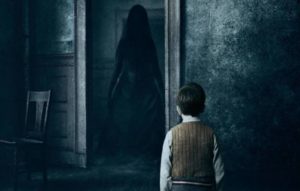 There are some common activities that paranormal investigators and researches believe to be indicators of existing or ensuing paranormal activity.

2. PHANTOM SMELLS can signal the presence of a spirit. Smells can also accompany a residual haunting. The telltale scent of a cigar, perfume for example are often associated with the deceased and may suddenly manifest at certain times and/or in particular places. If the spirits are inhuman they may emit a foul odor.

3. COLD SPOTS with no physical reason often accompany hauntings. It is theorized that spirits need energy to manifest and draw energy from the environment resulting in a cold area where the surrounding air may cool down as much as 20 to 40 degrees. A cold spot that remains in the same area for a period of time may precede a manifestation or other paranormal activity.

4. PHYSICAL SENSATIONS such as lightheadedness, dizziness, nausea, pressure on the chest, oppression, apprehension, hair standing on end, feeling touched or watched that are suddenly overwhelming indicate a spirit is nearby.

5. ELECTRICAL INTERFERENCE such as flickering or failing lights, appliances starting up and radios and TVs turning on and off can occur during and/or before paranormal activity.

6. PHYSICAL OBJECT MANIPULATION such and slamming doors and window, cupboards that open and close as well as objects being hurled from their original positions are some of the more frightening manifestations of paranormal activity.

7. FULL BODY APPARITIONS AND MANIFESTATIONS of a spirit or entity in a recognizable are the hallmark of paranormal activity. Manifestations make take human, animal or beastly form. These forms are often unaware of human presence. I n the case of a residual ghost, the image may be imprinted in the environment due to an emotional or traumatic past event. Intelligent ghosts can and will try to communicate with a human being for various reasons such as seeking help to pass over or to rely messages.

Inhuman spirits may take the form of beasts or appear as demon-like creatures. These spirits never existed as humans and are generally angry or destructive as they attempt to frighten you. Although rare, these spirits can inflict harm to humans. Shadows are thought to be spirits that do not have enough energy to fully manifest. They are fleeting images that often appear in corners closets or other dark areas.