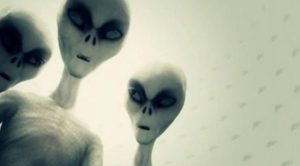 Antonio Villas Boas, 23, from Brazil, reports he was abducted on October 15, 1957 which would become one of the best documented case of an alien abduction. He was first reluctant to tell his story but was convinced by Dr. Olavo T. Fontes, a professor of Medicine at the National School of Medicine in Brazil to announce what has happened.

Boas released his story on February 22 the following year to journalist Joas Martins, a Brazilian military intelligence agent. Boas seemed to be suffering from radiation poisoning with symptoms of body pains, nausea, headaches, loss of appetite, constant burning sensations in the eyes, cutaneous lesions at the slightest of light bruising which went on appearing for months that looked like small red bumps, harder than the skin around it and protuberant, painful when touched each with a small central orifice with yellow discharge.

The skin around the wounds showed a “hyper chromatic violet-tinged area.” Boas was subjected to physical and psychological tests, and while the actual abduction took place on the 15th, weird things were happening before near midnight on October 5th.

Boas spotted a bright light in the sky as he opened the window for some air and after sleeping, he woke up with the same light there moving towards him as he looked at it. Boas was scared and showed his brother who looked in awe as the bright light danced through the shutters before leaving on their farm. Boas worked the plantations and fields at night to beat the heat and on the 14th at about 10 P.M. Boas with his brother were tilling out the fields and both saw a bright light 300 feet above their heads.

He left his brother to check it out and when he got close, it zoomed back and forth as soon as he got close “no less than 20 times.” He gave up and the light disappeared. The next night Boas worked alone and the reddish light came right on top of him “so quickly that it was on top of me before I could make up my mind what to do about it.” The light was so intense that he couldn’t see his own tractor lights in the dead of night and the craft was a large elongated egg shaped with 3 legs extended beneath it.

Boas tried to escape but was grabbed by a small figure in strange clothes with 3 more which surrounded him and lifted him up off the ground by the arms. Boas described them as the typical greys so common in other abductions in the future, grey suits with large round eyeglasses, 3 silvery tubes protruding out of their heads, small figures about 1.6 meters tall with shoes, they communicated with strang sounds no producable by humans, kind of like animal grunts.

Boas was stripped naked and was rubbed with a thick clear odorless liquid(possibly a germicide), and blood was taken from his chin with an apparatus they used which left scars but caused no pain and minor discomfort. Later, Boas was left alone for an hour in a empty room with a foam like bed, the air was hard to breathe in which later made him vomit and felt better after doing so. Then Boas described a beautiful naked woman entered the room with bleach blond hair, big slanted blue eyes, no make-up, straight nose, narrow face, very thin lips almost invisible, soft skin which felt like there was no bone.

Boas stated “Her body was much more beautiful than any I had ever seen before. It was slim, and her breasts stood up high and well-separated. Her waistline was thin, her belly flat, her hips well-developed, and her thighs were large. Her feet were small, her hands long and narrow. Her fingers and nails were normal.” Boas also mentioned her pubic hair as being an odd bright red with some embarrassment. The woman came toward him “in silence looking at me all the while as if she wanted something from me.”

Pressing herself to him, he understood what her purpose was. “I began to get excited … I ended up forgetting everything and held the woman close to me, corresponding to her favors with greater ones of my own.” Apparently, they had two sexual encounters and performed a variety of acts together for about an hour, after which the woman pulled away to leave. “[A]ll they wanted [was] a good stallion to improve their stock,” Boas would say. He said that he enjoyed the encounter, even if the woman refused to kiss.

Instead the “woman” preferred to bite his chin, while making sounds, that in Boas’ mind, sounded like “animal growls.” She never spoke. When they were finished, one of the other creatures entered and called out to the woman. “But before leaving, she pointed to her belly, and smilingly (as well as she could smile) pointed to the sky—southward, I should say. Then she went away. I interpreted the signs as meaning to say that she intended to return and take me with her to wherever it was she lived.” He seem to be concerned, or even afraid about the last, “for he took the meaning quite seriously and wasn’t sure if he was anxious to leave his familiar surroundings or his family,”

After fetching the woman, the creature returned Boas’ clothes. He was led back to the room with the stools and table, were the crew sat and communicated with each other in their strange way, ignoring him. He felt altogether calm, “for I knew no harm would come to me.” Now he had a chance to take stalk of his surroundings, and he tried to remember all he could. He noticed that the walls were smooth, metal and hard, with no windows anywhere.

Noticing a box with a glass top that had the appearance of an “alarm clock,” he attempted to conceal it. Noticing this, one of the crew seized it instantly and shoved him back. Jacques Vallee said that Boas described the clock as having one hand and several marks that would correspond to the 3, 6, 9, and 12 of an ordinary clock. However, although time passed, the hand did not move, and Antonio concluded that it was no clock.

“The symbolism in this remark by Villas-Boas is clear”, Vallee injects. “We are reminded of the fairy tales … of the country where time does not pass, and of that great poet who had in his room a huge white clock without hands, bearing the word ‘It is later than you think.'”

Boas was then released from the craft and it darted out from sight in a few seconds. It was about 5:30 in the morning when Boas returned to his tractor, by his reckoning four and a quarter hours from the time he had been picked up. He discovered the tractor had been sabotaged, presumably during the scuffle, meaning that his abductors were smart enough to know he would try escaping and that they had knowledge of how a tractor works: the battery wires had been detached.

For about three months after his encounter, Boas suffered various mild medical ailments such as those described above, and excessive sleepiness, a trait commonly found in subsequent abduction cases. Villas-Boas with wife Antonio Villas withdrew from public life to continue his studies, receiving a law degree and becoming a practising attorney in the city of Formosa, Gojas. He died in 1992 in the city of Ubera, in Brazil’s Triangulo Minero.