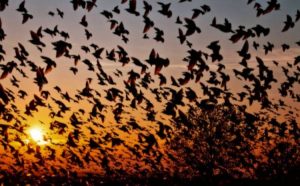 Imagine it’s November and you’re exploring the East on vacation. India, first stop. You start out in Bangladesh city and a full nine hours’ drive later you find yourself in a tiny town at 6:45 pm. Suddenly the city’s residents stop what they’re doing and go inside.

Fifteen minutes later, hundreds of birds collapsed all around you to their death. They’re not just falling, they’re deliberately plunging nose with all their strength into the ground. Welcome to Jatinga…

The event just described is a daily event that occurs in the months of November and December between the hours of 7 pm and 10 pm across a roughly mile-long strip of land directly through the township of Jatinga. This phenomenon is not confined to a single species, with Tiger Bittern, Black Bittern, Little Egret, Pond Heron, Indian Pitta and Kingfishers all being affected. This has been happening longer than any resident can tell you and quite possibly has always happened.

Jatinga itself is an unassuming township with very little of any note, in all ways it looks like any other rural Indian township. However, Jatinga is the modern name. The original name is somewhat more mysterious: ʤæˈtɪŋgə, which literally translated means “a village on a ridge”. It is not on a ridge.

The phenomenon has been studied by numerous professionals of high reputation, including E. P. Gee and Dr. Sudhir Sengupta. The only conclusion drawn is that some regions distant from Jatinga would be experiencing monsoon season during these months. 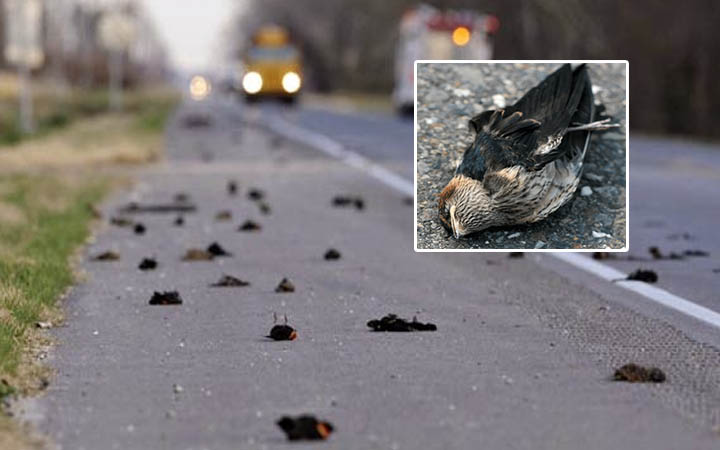 Why this would cause bird suicides they’re not sure. This also is not the first time we’ve covered a specific place where animals commit suicide by the hundreds without explanation. In the case of Overtoun Bridge it was dogs and it was explained away as “aromatic rodents”. In this case it has been blamed on everything from fog to the villager’s torch lights disorientating the birds.

The torchlight theory is currently the one prevailing theory. However; aside from the obvious fact that there are torches lit elsewhere in India other than that mile long strip, they did test this theory and it failed miserably.

Despite the forty some species all with different migration and feeding patters that do this together, the birds are extremely specific in how they dive bomb into the ground; always at a very specific time of day and months of the year as stated, but more so all forty species always approach from the North. In testing the torches theory naturalists from the Dima Hasao District in fact attempted to cause the same phenomenon from the South with no effect.

It would be great if there were more to this story, but there really isn’t. With such a remote region and such an ancient history it’s impossible to say if there is anything worthwhile to mention in history. Numerous scientists have visited the region to determine the cause and none have turned up a reasonable explanation.

It’s simply a small stretch of land on our planet where hundreds of birds kill themselves at very specific months of the year and very specific times of day.