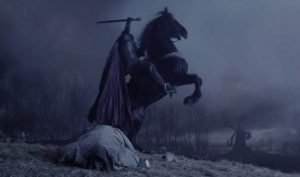 The Battle of Stones River at Murfreesboro, Tennessee was one of the bloodiest skirmishes of the Civil War, having the highest percentage of casualties of the major battles. Some believe the battlefield is the most haunted site in the city.

General Braxton Bragg led the Confederate forces; General William Rosecrans, the Union’s. Early in the skirmish, the Confederates took the advantage by striking first and drove Union soldiers back to Nashville Pike.

The Union regrouped and fought fiercely. As the battle continued, Confederate troops weakened because they were outnumbered. Bragg sent Major General John C. Breckinridge’s brigade to counterattack, but his soldiers arrived too late and had little effect.

Although the battle was inconclusive, it was considered a Union victory because Bragg was the first to withdraw his men.

Lieutenant Colonel Garesche, a devout Catholic, graduated from West Point one year before Rosecrans. While at the military academy, they became close friends. When Garesche was an assistant adjutant general in Washington DC, he obtained a commission as Brigadier General for his friend.

When Garesche was stationed at Fort Brown, Texas, he had his first premonition of his destined death. Many of his relatives joined the Confederate Army and he damned them to Hell.

His use of profanity and condemnation concerned him, so he talked to his brother, Father Frederick. The priest listened, then shared his premonition of Garesche’s death. It would happen during the first battle and no more than eighteen months after their September 14, 1861 meeting.

Convinced he was destined to be a martyr for the Union cause, Garesche applied for field duty. Rosecrans appointed him as his Chief-of-Staff of the Cumberland Army.

December 31, 1862 was the last day of Garesche’s life. He took Holy Communion. Soon, Confederate General William Hardee’s troops launched a surprise attack. Rosecrans, astride his horse, was gathering his troops.

Garesche was concerned that the general was exposing himself to great danger. Rosecrans told him to take care of himself.

Garesche dismounted his horse and read from a prayer book before rejoining the general. As they were galloping into battle, a Union gunner fired at them, blasting Garesche’s head from his body.

Only a jaw fragment with part of his beard remained. His horse carried the headless body for about twenty yards before the burden fell to the ground. The headless body was interred in Mount Olive Cemetery, Washington DC.

Garesche’s headless ghost, astride a galloping ghostly horse has been seen at the site of his decapitation, near the railway. Railroad employees have seen the phantoms on moonlit nights.

Peggy, wife of a Civil War reenactor, had an encounter. She was reading an inscription on a monument when she heard the sound of galloping hooves. She saw horse with a headless rider racing by the railroad tracks, then suddenly vanish. 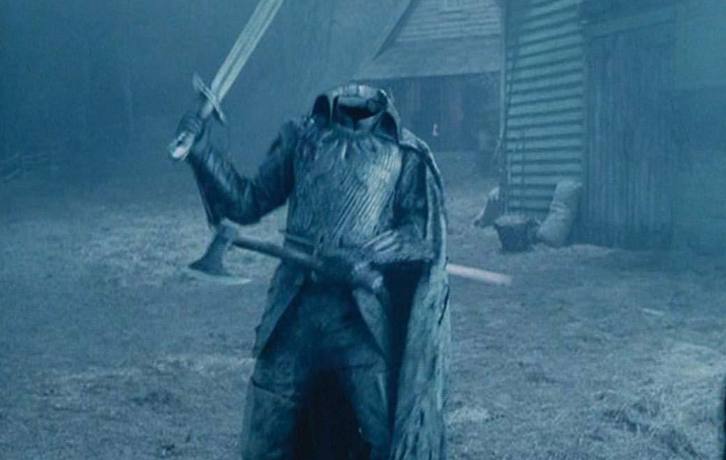 The Slaughter Pen, where a third of Union General Phil Sheridan’s division and three brigade commanders were killed, is said to have the most paranormal activity.

A phantom soldier appears around campfires, on the edge of the darkened camp or leaning against a tree. He vanishes when people try to talk to him.The temperature is about 10 or 20 degrees colder than abutting parts of the park. Some people hear the sound of footsteps following them.

Jeffrey Leathers, while camping out during a Civil War re-enactment, woke up during night. He was thirsty. His canteen was empty. While he on his way to refill it, he saw a man lurking in the bushes. He thought he was a friend trying to play a joke on him and yelled for him to show himself.

The man, in Civil War uniform, raised a hand, came to the path and walked toward Leathers who thought he was playing along and pretending to be captured. Leathers shouted to the man to stop and raised his rifle. The men fell, then vanished.

Leathers searched and found no one. The next morning, he and some friends went to the place where this happened. There were no footprints or other evidence of the mysterious soldier.