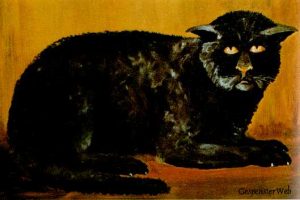 Ireland is well known for its vast mythology. From leprechauns and fairies to banshees and kelpies, the Emerald Isle has at least as many legends as it has real, recorded history. But don’t assume all Irish legend is fairy tale material. The country has plenty of paranormal myths and ghost stories that are as creepy as they are mysterious. Here are some of the strangest ones.

The Black Cat Of Killakee

Many large houses have cats roaming around the grounds, hunting rats and doing whatever it is cats do all day. The Killakee House in Dublin was particularly unfortunate in this respect, because the cat stalking its halls and grounds was clearly supernatural, if it was an animal at all. The Black Cat of Killakee is an old, legendary creature that has reportedly been sighted in the area for centuries.

However, its legend really sprung to life in 1968, when a young couple bought the rundown Killakee House and started renovating it. The workers soon reported strange sounds and eerie events, which culminated when a huge black cat with glowing demon eyes started haunting them. The animal appeared and vanished in the blink of an eye and scared the workers greatly. The lady of the house first thought the workmen were merely superstitious, but soon, she and her husband started encountering the beast as well.

The Black Cat appeared in hallways and areas with clearly locked doors, staring and snarling at frightened witnesses. Before long, an exorcism was performed in the premises. This took care of the cat—at least, for a few months. An unwitting séance held by a group of actors not only brought the Black Cat back, but also caused the house to be haunted by a pair of ghostly nuns.

The Moving Virgin Mary Of Ballinspittle

There are many Virgin Mary statues that are said to have mysterious properties. However, most of them are limited to crying or bleeding. In 1985, a particular Irish statue of the Holy Mother showed some special abilities stronger than that: It started moving. 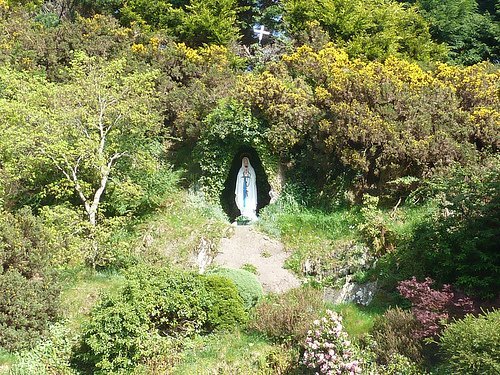 The moving Virgin Mary statue of Ballingspittle was first witnessed by a retired police sergeant who saw it begin levitating in the grotto of the church. At first, he didn’t believe his own eyes—after all, the statue was solid concrete—but after inspecting it the following day and realizing there was no chance of foul play, he became convinced that he had witnessed a miraculous event.

The legend of the statue started spreading and others started claiming they had also seen it move. Of course, the phenomenon was—and still is—widely disputed. Scientists have written the statue’s abilities off as an optical illusion and even the Irish Catholic Church doubts the story. Despite all this, believers in the phenomenon stand by their claims. Some say they can still see the statue move sometimes.

In 2011, a video of a poltergeist-like invisible ghost throwing fruit around in the Jervis shopping center surfaced online. It has since been taken down, so its authenticity is dubious, but the area has such a storied reputation when it comes to paranormal that a fruit poltergeist is actually far from the strangest thing to have happened there.

Parts of the shopping center have a history as an old hospital, and as such, it has seen its share of human suffering. Various people have reported ghostly singing and figures wandering the area. Most of these ghosts appear to be residual haunting (certain events playing over and over again) from the building’s history, oblivious of what is going around.

At least one shopper has reported an encounter with a mysterious mumbling woman who was clearly looking directly at him before turning around and vanishing in front of his eyes. According to legend, a particularly notable ghost of the area is Lord Norbury, a ruthless 19th-century judge who was cursed by the widow of one of his victims to forever wander the Jervis area as a large black dog carrying heavy iron chains.

It is said that ghosts are often tied to a certain location. However, if you take a souvenir of that location away with you, it might be that the ghost decides it’s grown rather fond of its favorite goblet and follow it instead. After all, it’s probably dying for a change in scenery.

A 20th century stoneworker in Athenry found this out the hard way when he dismantled a fireplace in the old Dunsandle House. He liked the mantelpiece and took it with him to his workshop. Unfortunately for him, the ghost of a tall man haunted Dunsandle House—and it had attached itself to the mantelpiece. Suddenly, the stoneworker’s unassuming workshop was as haunted as the worst ghost house. Objects were flying around and a strange fiddle played at night.

Presumably, the ghost himself made a few appearances as well—how else would they have known it was a tall man? Eventually, the stoneworker was able to make the apparition stop. The legend doesn’t state whether he achieved this by smashing up the mantelpiece or returning it to the haunted house, but chances are he played it safe and returned it. After all, when you already have an angry ghost breaking stuff in your workshop, you don’t really want to make it even angrier by smashing the only thing it can call home.

Any 800-year-old castle with a bloody history is bound to have at least one ghost wandering around. Dublin’s Malahide Castle is no exception. In fact, Malahide is famous for no fewer than five resident ghosts. The spectral Lord Galtrim—who died violently on his wedding day in the 15th century, after which his bride married his biggest rival—is said to wander the castle grounds at night, groaning from the pain of heartbreak and spear wounds alike. 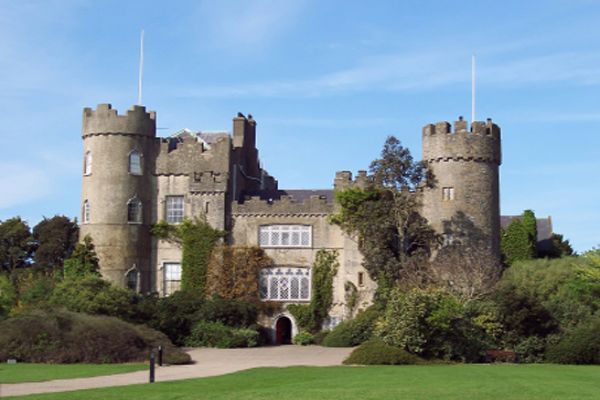 The beautiful, anonymous White Lady in a large painting in the main hall has been reported to leave her painting to walk the corridors at night. Another lady, Maud Plunkett, roams the same corridors, forever chasing her husband’s unseen ghost. A ruthless lord called Miles Corbet is sometimes seen as an imposing armored soldier who suddenly breaks into pieces. The most interesting of the castle’s ghosts is Puck, a small, reclusive jester who was a caretaker of the castle during the rule of Henry VIII.

There are at least two variations of his legend: Some say his lover was taken away and he was found stabbed through the heart, while others claim he hanged himself for seemingly no reason at all. In both versions of the story, Puck vowed to haunt and protect the castle after his death. Many are certain that he kept his promise, as the small caretaker has made numerous appearances throughout the years.

His most regular haunt appears to be Puck’s Staircase, the stairway to the turret where he used to live. It is said he also appears in many photos taken by the tourists. Even exterior shots sometimes show his impish features in the ivy of the castle’s walls.

St. Michan’s Church is a 330-year-old building sitting on a site that’s almost 600 years older. It is built directly on top of a number of huge 500-year-old burial vaults. These vaults are still full of corpses, stacked in coffins and eerily well-preserved. Some of the coffins have crumbled, while others have collapsed into piles where corpse limbs are sticking out from a mound of broken wood.

Some are even completely open, revealing the mummy-like figures within. Eerie as they may seem, the burial vaults of St. Michan’s are a popular tourist attraction. Many visitors have reported feeling a strange presence, as if there was a “pressure” of living people all around them.

The vaults are also filled with a strange murmuring noise, as if many people were whispering just far enough away that you can’t quite make out the words. All of this creates a truly unique and creepy experience that makes it difficult to think that ghosts don’t exist—especially for the many visitors who have been touched by icy, spectral fingers during their visit.

The Mysterious Case of a Group of People Traveling Through Time