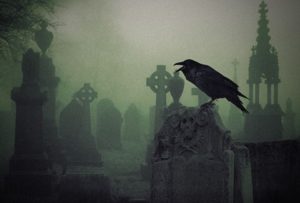 Pastor Swope is a wonderfully gifted writer who takes the reader into the dark world of the unknown, reminding us why we have an insatiable need to be frightened time and time again. The following stories are two of the many interesting stories that you will find at The Paranormal Pastor’s blog.

I was a gravedigger. A lot of people get much pride by having a jacket or shirt that splay those words upon it with casual recklessness but I was never too proud of the occupation.

It was a very dirty and disturbing occupation. With every worm that I smashed into the ground with our Dirt tamping machine I could not but think of the human flesh we sent to the nether regions below.

The worms were pink mutilated flesh smashed into ground by no will of their own, such as we will all be. When you are in such a disturbing occupation you have no one to turn to but your coworkers to relay you stories of the strange and unusual.

Perhaps you do so to find sanctuary, to help you cope, to help you think you are not going insane. Needless to say I was told quite a few stories, two of which I related to you earlier this month. For some reason the most startling stories center in the location of Mausoleums.

In the late 90s one of the gravediggers was placing a body into one of the crypts. To do this you need a casket elevator- a simple device that raises the casket to the crypt level so the coffin can be slid into its niche. Since many crypts are at high levels the device is an essential tool for any Mausoleum. On any Mausoleum crypt the crude cement container is covered by more expensive stone such as granite or marble. 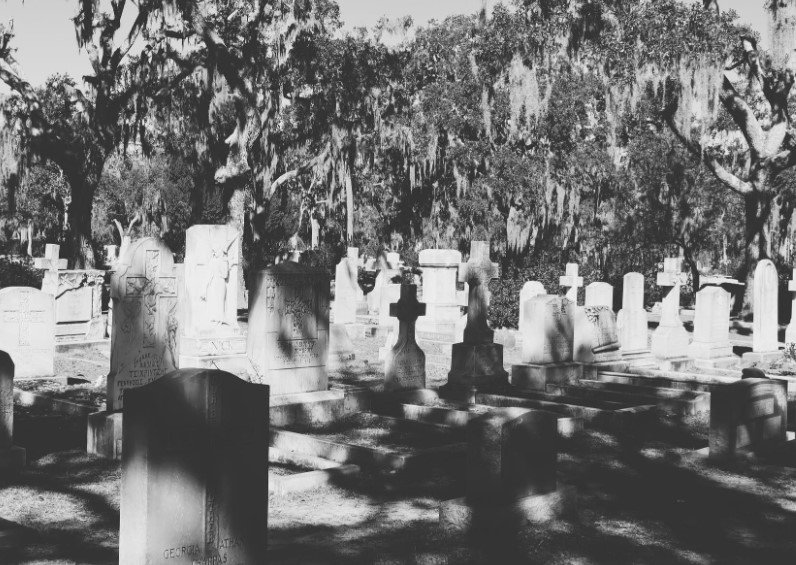 They are taken off the reveal the open crypt. The superintendent and his helper were on the fourth level, about 30 feet off the ground putting an elderly woman into a double crypt. One side contained the remains of her husband that had died long ago. The funeral service itself was held inside the mausoleum since it also doubles as a chapel. When the crowd left, the funeral director helped place the coffin on the elevator and then left.

They placed the elevator in position and raised the casket up. It was then that they noticed that they were not alone. It seemed as though someone had lingered to watch the burial internment itself take place.

It was an old man in an old suit standing in the middle of the mausoleum. He stared at them intently. Now this in and of itself was not an unusual happening. Many times the family of the deceased will linger after the service to see their loved one laid into their final resting place.

But they had not noticed the old man before when only the funeral director was in the building. But they just ignored it and proceeded with the entombment. They placed the casket into the crypt and put the cement front piece onto it and finally sealed it with caulking.

As they lowered the elevator to raise the granite facing for the tomb they noticed the man nodded at them. The supervisor waved back and nodded in response. Then the old man faded into nothing. He simply disappeared into the wall behind him.

The supervisor and the helper stood there frozen in fear as the elevator came to a screeching halt. The helper asked his boss what exactly they had just beheld. He had no idea. After a quick look around the building they still had no explanation. So they went back to work. Each taking one end, they placed the heavy granite crypt front onto the elevator and raised it to the open hole that held the dead couple.

They set it in place and as they closed it they had the fright of their life. The crypt plate had pictures of the husband and wife on either side where they were entombed. The husband and wife’s pictures were taken years ago when they had first purchased the crypt.

The woman they had just buried looked much younger than the body they had seen at the service. But the husband looked very familiar. It was the man who had been watching them. There was no mistaking it. He was even in the same suit. It seems that the spirit of the husband wanted to bear witness to their final unity for eternity.

Not all the stories that were related to me by various gravediggers were so touching or heartwarming. Some were right out of horror movies.

In the late 1970s a cemetery near Pittsburgh had built a new Mausoleum. It had been promised for years and the salesmen eager to make a lucrative commission had pre-sold crypts long before they were available. So many makeshift cement above ground crypts were quickly built for those who had purchased mausoleum spaces and had passed on before they were built.

When the mausoleum was finished it was the job of the gravediggers to disinter the bodies and place them in their new crypts. It was a disgusting and dirty job, for many of the caskets leaked the liquefied remains of the deceased.

To make matters worse for the gravediggers, every body had to be physically identified by a mortician who had originally embalmed the victim and not clothing or jewelry to make sure the corpse in the casket was the person named on the make shift crypt.

The supervisor remembered each decaying face, for it was burned in his memory but one stood out. Most of the bodies had long since dried up and become desiccated. If any flesh was left was almost tanned leather hanging off the bony skeleton. Some looked as if they were made out of jello as the corpse had decomposed into a liquid goo. But one was odd. 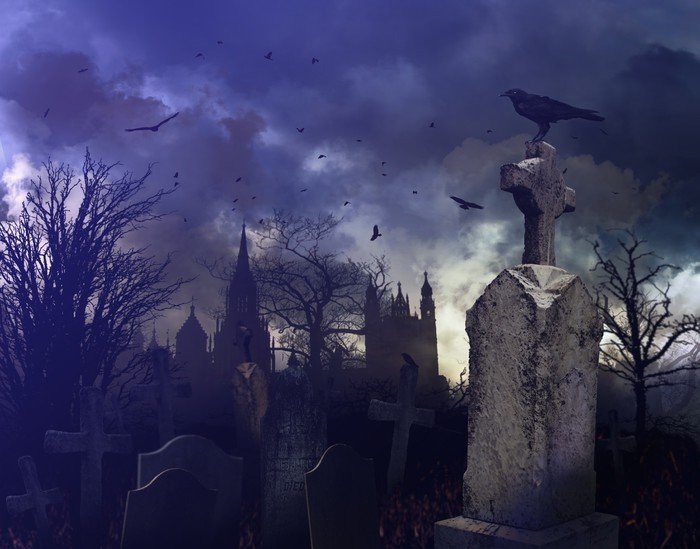 When they opened the coffin of the old man it was like he had just been laid to rest. Except for one disturbing and obvious fact. He was covered with a furry grey-green fungus. All his flesh had been eaten by the fungus but it held the shape of his face so well it shocked the superintendent and the undertaker. Except for the odd color and the fleece like look of his skin he looked like he might just open his eyes or mouth at any moment.

They quickly got over the initial shock and noted that yes he was who he was suppose to be and put the coffin in the second level in the back of the newly constructed Mausoleum.

Monday morning when the maintenance crew came to open up the office they noticed the mausoleum door was open. As they near the open door they immediately knew something was wrong. Something was smeared on the glass door of the mausoleum, and as they looked inside one of the crypts was open. And it was empty.

Fearing they had grave robbers they went to call the police, but as they rounded the corner to head back to the office they passed the old make shift cement crypts. One was open and it held a casket.

It was the casket of the mold man, right back in the place he had been interned for the last five years. To be sure everything was all right and they did not have a grave robber playing a joke they opened up the coffin. The body was still there and the jewelry he wore was still intact. They called the police but there was nothing they could do but file a vandalism report. The body was placed back in the mausoleum.

After they sealed up the crypt again the staff noticed that the smear on the door was the same color as the mold that covered the man. Also disturbing there seemed to be small pieces of the stuff on the carpet that covered the floor from the crypt to the doorway. The body did not look molested at all, and the casket had shown no visible signs of forced opening, but it was still very disturbing.

Two weeks later it happened again. Everything was the same, the crypt was opened and the casket was found resting in its old spot. Even the smear and pieces of mold scattered here and there. But one thing was different this time. It had recently rained and the ground was soft. A single trail of footprints ran from the mausoleum to the make shift crypt.

And they were almost erased by the tracks left by the dragged coffin. There were only a single set of tracks. And it was then that they noticed the handles of the coffin were also smeared with the gray green mold. It was if the mold man had somehow came out of the coffin and dragged it back to his original resting place.

But that was physically impossible. Wasn’t it?

Nevertheless a close look at the corpse and the fallen mold made everyone present shiver. They were the same material.

Once again the body was laid to rest in the mausoleum, and the funeral director brought in a Catholic Clergyman to once again give Last Rites and a blessing on the tomb. Mold man stayed put this time. The maintenance crew always gave his crypt special attention. They always feared that one morning they would find it open again, and see the evidence of mold man once again walking the earth.

When you work at a cemetery for any length of time and meet others who have lived the life of a gravedigger for years, you hear some strange and unexplained stories. And you hope that you are not the next one to come in the next morning with fear in their eyes and tell the others, “You are not going to believe this but…”