A Bhutan family says their lives have been torn apart by a mysterious spirit that keeps pelting their home’s roof with stones, reports kuenselonline.com.

It is reported that the mysterious haunting started last month when Bhagilal Ghalley and his grandson Sunil stayed in a small hut where they watched over the cattle. They realized in the middle of the night that the rocks started to rain down on the roof, and the commotion continued until morning.

Sunil and his father Sabir returned to the hut the next day and the roof was again pelted with stones inexplicably. They subsequently fled the scene, but as they left, the puzzling flying rocks also struck them.

“Something was chasing us,” Sabir recalled, “it followed us all the way.”

Over the next few days, the proverbial rainfall of rocks continued night after night wherever the family stayed until they couldn’t stand the situation anymore and enlisted a shaman to help them. 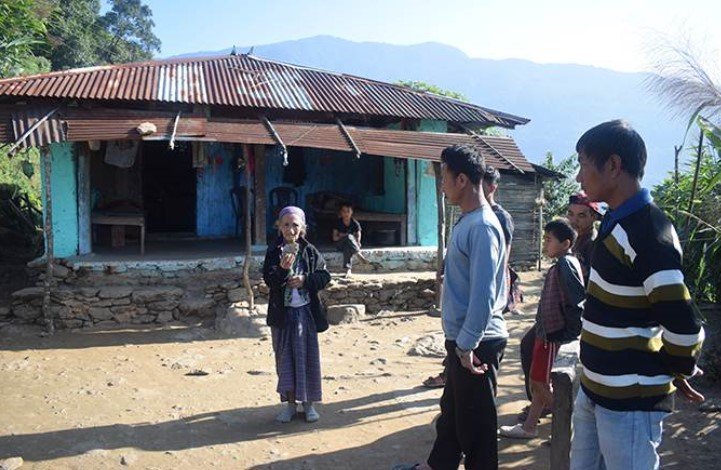 The sorcerer in question, Sher Bahadur, revealed that when one of the rocks in the center of the haunting was given to him, he took up the case and found it particularly strange.

“This stone sparked and became like a magnet when I placed it on a bronze plate for a ritual,” he explained.

Looking closer into the matter, Bahadur somehow concluded that the explanation for the falling rocks was a distant relative of the Ghalleys who was once a great shaman and that, “when he died, his family had not performed the death rites properly. That is why he is haunting his house.”

Another detail of the plot, however, suggests that the haunting source may be closer to home. This is because the stone-throwing seems to be focused around 15-year-old Sunil and the falling rocks only occur when he is present which is very close to other famous cases of poltergeist.

Surprisingly, the family recalled one incident in which the teenager was riding in a car with the windows closed, while the passengers wound up being pelted by the mysterious stones during the trip.