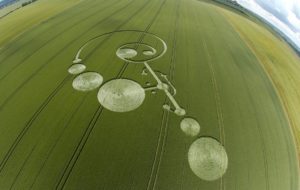 In the movie, a crop circle is discovered in Graham Hess’ corn field in a small town in Pennsylvania. At first the towns people believe that a hoax is behind the design, but soon Hess and his family are shocked to see that these crop circles are appearing all over the world.

In the end, evil intelligence is found to be responsible for the crop circles and strange events that are taking place all over the world. But this is only a fictional story.

These mysterious shapes seemingly appear out of nowhere, overnight, and have baffled the minds of researchers and the world in general. 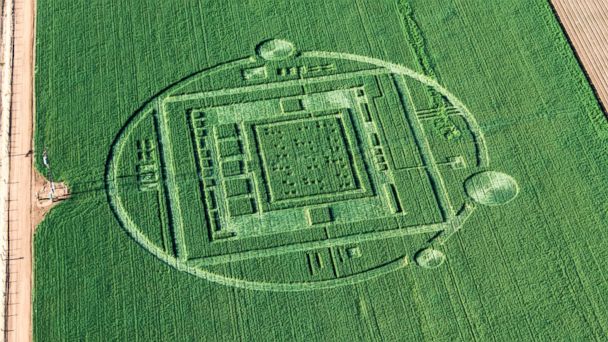 But crop circles seem to be so much more than just flattened patterns in crop fields. Or are they? Are they mysterious shapes created by humans’ minds and machines? Or are they possibly something from another dimension, the heavens, or space? Many assume so.

The Origin of Crop Circles

No one can give an exact date as to when crop circles first appeared, but it is believed that they first started appearing in the 1970’s. Some experts feel that they have been around much longer than first believed, even as far back as thousands of years. One such pattern was believed to exist in the late 1600’s.

The story tells of a farmer trying to bargain with a mower to mow his fields. The price the mower was asking enraged the farmer so much that he swore it would be better if the devil himself mowed his field rather than he.

That night, a bright light materialized in the farmers field. The following morning it appeared his wish had come true. His fields had been cut expertly by the devil himself. 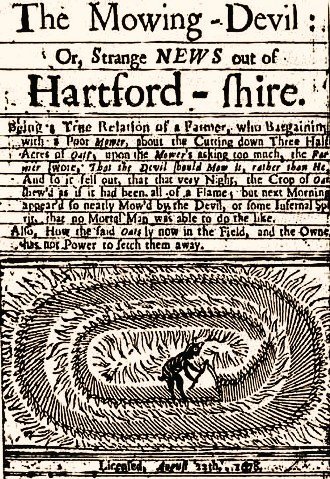 In the 1970’s, crop circles were becoming well known as they began appearing in English landscapes. In the 1980’s, more reports of these mysterious circles made news around the world, from Hampshire and Whiltshire.

Many scientists and researchers assumed it was the product of both natural and possibly that of paranormal origin. These sometimes beautiful and intricate designs continue to appear all over the world. Over 200 crop circles are discovered yearly.

In 1991, two men from Southampton, England, Doug Bower and Dave Chorley, admitted to having created the mysterious circles found in Hampshire and Whiltshire. At first it started out as simple circular shapes and later became more intricate.

They said that they were inspired by the Tully “saucer nest” case in Australia, where a farmer claimed to first have seen a UFO, then found a flattened circle of swamp reeds.

This was one example of a hoax, by manual design, there would be many others.

Some scientists declare that these patterns are simply made naturally from cyclonic wind action during storms, tornadoes, or vortexes.

Another popular supposition started when in 1966 when a farmer claimed to see a flying saucer land near his farm. When the aircraft flew away, he went to investigate and found the round patterns left on the waters edge among the reeds.

Some crop circle researchers use science to find the answers. With the use of EMF Meters, (Electromagnetic Field Meters) they measure the electromagnet field inside of a crop circle. The findings have been quite incredible at times.

Dousing rods are another popular tool used by some researchers, although it is uncertain how accurate this practice is in yielding results. The use of EMF seems to bring positive results to the paranormal and scientific researchers. 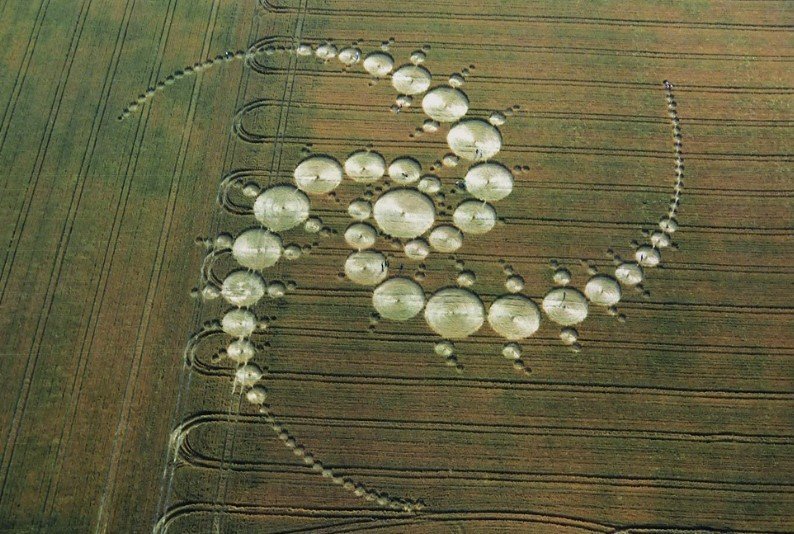 While these energies can easily be picked up by the meters, they can also be picked by “human radar.” Certain sensitive and experienced investigators claim to feel this energy within the fields themselves.

There have also been sightings of strange round white balls of light around and within the crop circles, thus adding to the popular hypothesis that these circles may have been created by a superior intelligence of alien origin.

Some experts believe that this super intelligence is behind this mystery because of the complex and intricate designs involved. No human engineering can produce such results overnight, or in a matter of hours. 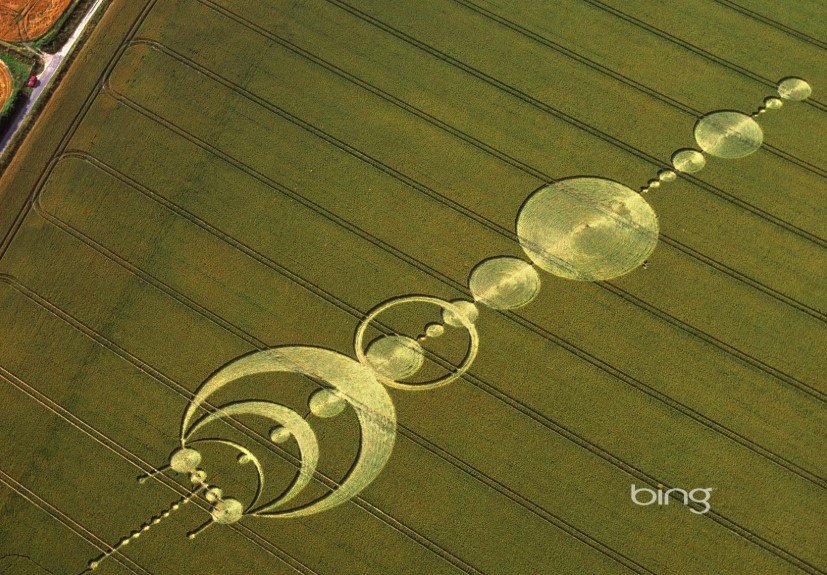 There have also been sightings of UFOs in areas where crop circles have been found. While studying the sizes of the circles, the belief is that these ships, being similar in same size and shape to the circles in question, may be responsible for the mysterious designs. Some crop circle investigators feel that these symbols are left as a means of communicating with us, and are busy trying to understand their meanings.

Still there are others who simply believe that a divine source is behind the designs. Many gather at such sights and commune with the spiritual that is believed to be connected with the circles.

They feel that the symbols are mystical in design and that the earth is speaking to them. Some even believe there is a connection with the ancients because many of these crop circles appear in places of great religious significance such as Stonehedge.

Other crop circle designers create these for the purpose of advertisement, or purely for artistic reasons.

At last, there are crop circle experts who insist that you can differentiate between man-made patterns and the real thing, meaning that of an unearthly, or alien derivation.

So is there a definitive explanation for these strange and often beautiful patterns in fields across the globe? Maybe there is more than one explanation, and not necessarily only that of a human connection, but possibly one of a paranormal connection.

Let’s Find Out: What Are Grey Aliens According To Ufologists

The “Sixth Sense” Is a Scientifically Proven Human Ability