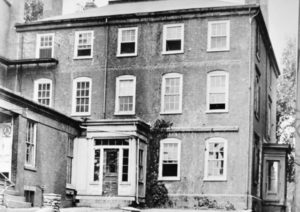 The town of Salem, Massachusetts is no stranger to dark history or ghostly legends, and a photograph taken inside the infamous Joshua Ward House might have just helped to bring to light the source of some of the town’s spooky goings-on.

The Georgian/Federal style building was constructed by the wealthy merchant sea captain Joshua Ward in the late 1780s on the remaining foundations of former sheriff George Corwin’s house on Washington Street.

Corwin was a bloodthirsty character whose zeal added to the notorious events that surrounded Salem in the late 1600s. Nicknamed ‘the Strangler’ after his preferred method of torture (which included tying his prone victims’ necks to their ankles until the blood ran from their noses), he is said to be responsible for many of the deaths of the accused witches, including that of Giles Corey.

Corey was tortured by the placement of heavy stones upon his chest in an attempt to crush a confession from out of him (and seize his property). Despite his horrific treatment, Corey never confessed and indeed he is said to have implored his torturers to pile on more rocks in order to hasten his departure. 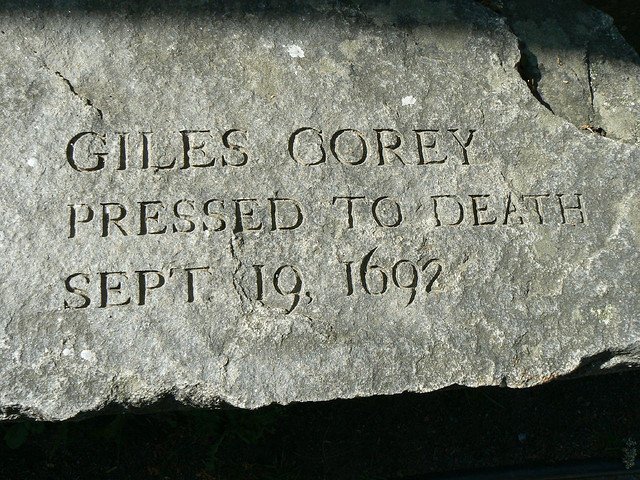 Legend states that just before he died, Corey cursed Corwin for his despicable acts—a curse that would echo through the generations and affect all sheriffs that followed in his wake.

Curiously, every sheriff since Corwin uttered his curse is said to have died while in office or been “forced out of his post as the result of a heart or blood ailment”, although this sounds rather more like old age is to blame rather than any centuries-old curse.

Corwin himself died of a heart attack in 1696, only about four years after the end of the trials. By the time of his death, Sheriff Corwin was so hated that his family had to bury him in the cellar of their own house to avoid desecration of his corpse by the public.

On to more recent times. In the early 1980s a real estate company named Carlson Realty bought the Joshua Ward House with the intention of turning it into their headquarters. After moving in, an employee by the name of Dale Lewinski began the task of taking photographs of the staff members to add to a welcome display.

Lewinski was using a Polaroid camera to snap head-and-shoulders, passport-style pictures. After photographing a colleague by the name of Lorraine St. Peter, a peculiar sight greeted Lewinski. 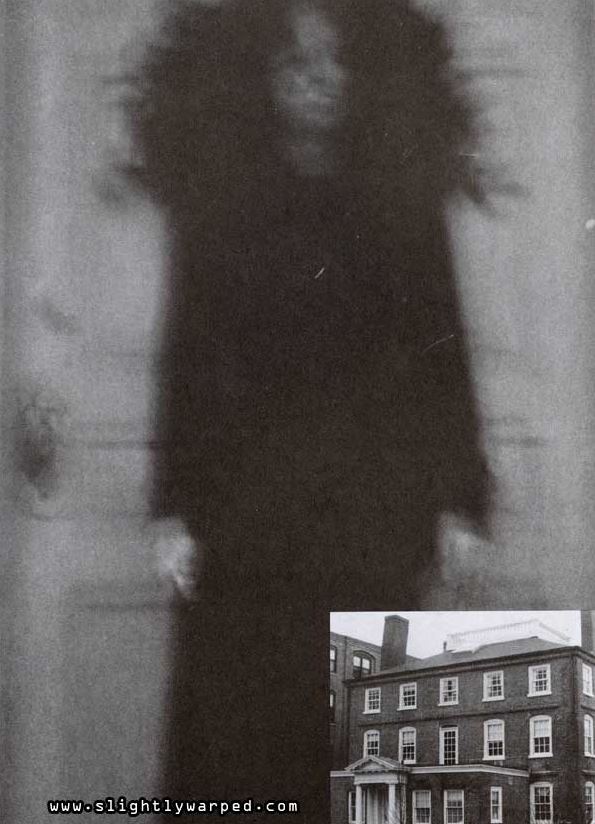 The Polaroid was developed but, instead of showing Lorraine St. Peter, it appeared to depict a most frightening image: that of a strange, black-haired female figure. St. Peter was nowhere to be seen (the photograph has not been cropped at all; St. Peter has been entirely replaced by the ‘apparition’).

This reproduction was originally published in the book Haunted Happenings by Robert Ellis Cahill (himself an ex-sheriff) in which he describes St. Peter as “both genuinely frightened and embarrassed by the picture”.

The possibility of the photograph being a hoax is ever-present, but as the House is said to endure so many paranormal events it’s almost as if not capturing something bizarre on camera might be more unlikely.

Aportation (objects that appear to move of their own accord), candles that leap from their holders and subsequently melt, candles that are found bent into ‘S’ shapes, alarms that go off by themselves (one alarm was triggered over sixty times in two years), phantom strangulations and reported sightings of a myriad spirits including an elderly-looking gentleman sitting by a fireplace and a ghostly woman who roams the upper floors have all been observed at one time or another.

One room in particular seems to be more haunted than the others. An employee would “lock her office door nightly only to return in the morning to find books and papers thrown across the floor, the wastebasket upside down and lamp shades askew” (my office needs no supernatural aid to produce similar results).

Sheriff Corwin’s body was eventually moved to the Broad Street Cemetery, but it is said that his spirit too lingers in Joshua Ward House.

Whether it is real or not, it is truly a bizarre photograph, one that certainly seems to contain a degree of menace and so starkly strange as to create fright in the onlooker, especially upon first viewing.