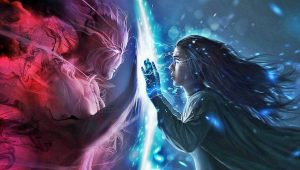 Empathy is one of the most common psychic abilities for people to have. It’s also one of the least understood abilities, primarily because the same word also has a non-psychic definition that is a natural part of human psychology.

So what does it take to be a real psychic empath, and when are you experiencing natural empathy? There are some things you should understand about this gift.

Humans are supposed to have normal empathy. It is a trait we all begin to develop when we’re young, and that increases as we become more mature. It’s necessary for healthy socialization and connections – people without empathy are generally psychopathic or sociopathic.

Normal empathy is the ability to understand and relate to other people; it’s being sensitive of their feelings, their thoughts and what they’re going through.

Normal empathy is experienced through interaction. Someone tells you about his bad break up, and you relate to it by recalling similar feelings in your own break-up. You see a friend who is wearing a face that shows they are particularly upset, happy, scared or angry – you instantly realize they are going through personal feelings.

Psychic empathy goes beyond normal human empathy. With psychic empathy, you don’t have to rely on the communication that normal empathy relies on. You don’t even have to see or hear the person. You can sense a person’s feelings, and in some cases, you can take them on into yourself.

Every person has an energy field. This is commonly known as an aura—and some people can actually see the aura. Visualized, an aura has colors and shapes which indicate what a person is feeling or what their general disposition and demeanor is.

Empaths don’t necessarily see the aura, but they do feel it. They pick up its energy vibrations and get the same information.

How to Know the Difference

You really don’t even have to look at or hear the person if you’re a true psychic empath. For example, you’re sitting on a bus or in a theater and you begin to pick up specific emotions. You look around and realize they’re coming from someone behind you that you didn’t even know was there. You sensed the emotion before you got any natural cues from the person, so that’s a good indication you have psychic empathy.

One of the most difficult parts of being a psychic empath is that you can absorb the emotions of others like a sponge. Sitting next to a depressed person can make you feel depressed; sitting by a giddy, happy person a while after that can turn your mood around.

This can be particularly difficult for people who don’t even realize their empathic abilities. They might think they just suffer from mood swings when in fact they are suffering from other people’s moods.

Like all psychic gifts, they’re something we need to learn to live with and control. By being prepared and learning to protect yourself, you can lessen the impact of empathy so it’s not so intrusive on your life.

But don’t write it off as a curse—having psychic empathy can definitely give you a lot of advantages in dealing with people. Once you learn to handle it, you’ll find it’s more of a blessing than you thought.

How to Hear Spirit Guides With Automatic Writing

How do Archangels Help People?

Soulmate Signals – Is This the One?