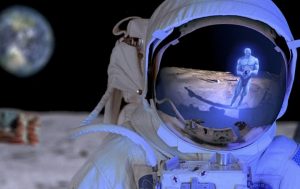 The question of whether or not life exists on other planets has fascinated the human race for centuries. Images of flying saucers and “little green men” are pervasive in our pop culture, and accounts of various alien encounters continue to attract widespread interest as well as skepticism.

Ever since the infamous Roswell incident took place in 1947, public interest in UFOs has skyrocketed, and the government has repeatedly engaged in a culture of secrecy, double-talk and disinformation regarding what they really know about extraterrestrial life.

While speculation and rumors continue to abound, one thing is for certain: There are thousands of accounts of people who claim to have seen UFOs and/or aliens, as well as harrowing accounts of alien abductions.

Many of these accounts have been offered by people who could gain no financial or social advantage from sharing their stories. Even if what they’re claiming to have seen or experienced didn’t really happen, something is definitely going on, and it undoubtedly merits our attention.

One of the most stubborn obstacles to the progress of an honest conversation regarding UFOs is this issue of the credibility of witnesses. Simply put, many witnesses of extraterrestrial activity have been discredited due to a lack of status or influence.

Whenever someone would finally muster up the courage to come forward and share what he/she experienced, they would inevitably be ridiculed and dismissed as a fraud, a publicity hound, or even mentally unstable. Some have even been victims of vicious character assassination attacks by government officials and media personnel.

For this reason, it is all the more significant when persons of influence come forward and reveal that they have also encountered extraterrestrial activity. With the development of government space programs and technological progress in the field of aviation, several highly esteemed pilots, astronauts and cosmonauts have gone on record to confirm that they have personally witness unidentified flying objects that are able to maneuver in ways that defy all known laws of physics.

Many of them have had long, successful careers, and would not have any sane reason to want to destroy their own credibility. The following collection of quotes from these individuals will no doubt leave you with this thought-provoking question: If things are not really as these men are describing, what exactly is happening?

“We have no proof, But if we extrapolate, based on the best information we have available to us, we have to come to the conclusion that … other life probably exists out there and perhaps in many places.”– Neil Armstrong, Oct 21, 1999.

“Statistically it’s a certainty there are hugely advanced civilizations, intelligences, life forms out there. I believe they’re so advanced they’re even doing interstellar travel. I believe it’s possible they even came here. It’s logical to presume the universe must have other life in it and by virtue of association that we could be visited at some point.” Astronaut Storey Musgrave.

“The evidence points to the fact that Roswell was a real incident and that indeed an alien craft did crash and that material was recovered from that crash site, says Mitchell, who became the sixth man on the moon in the Apollo 14 mission. Mitchell doesn’t say he’s seen a UFO.

But he says he’s met with high-ranking military officers who admitted involvement with alien technology and hardware. Cooper told a U.N. committee recently, Every day in the U.S.A. , our radar instruments capture objects of form and composition unknown to us. Cooper speculates that public skepticism toward UFOs will shift dramatically.” — Astronaut Gordon Cooper and Ed Mitchell in an interview.

“It followed us during half of our orbit. We observed it on the light side, and when we entered the shadow side, it disappeared completely. It was an engineered structure, made from some type of metal, approximately 40 meters long with inner hulls.

The object was narrow here and wider here, and inside there were openings. Some places had projections like small wings. The object stayed very close to us. We photographed it, and our photos showed it to be 23 to 28 meters away.

Many cosmonauts have seen phenomena which are far beyond the experiences of earthmen. For ten years I never spoke on such things. The encounter you asked me about happened on May 5, 1981, at about 6 PM, during the Saljut Mission. At that time we were over the area of South Africa, moving towards the area of the Indian ocean.

I just made some gymnastic exercises, when I saw in front of me, through a porthole, an object which I could not explain. It is impossible to determine distances in Space. A small object can appear large and far away and the other way around. Sometimes a cloud of dust appears like a large object.

Anyway, I saw this object and then something happened I could not explain, something impossible according to the laws of Physics. The object had this shape, elliptical, and flew with us. From a frontal view it looked like it would rotate in flight direction.

It only flew straight, but then a kind of explosion happened, very beautiful to watch, of golden light. This was the first part. Then, one or two seconds later, a second explosion followed somewhere else and two spheres appeared, golden and very beautiful.

After this explosion I just saw white smoke, then a cloud-like sphere. Before we entered the darkness, we flew through the terminator, the twilight-zone between day and night. We flew eastwards, and when we entered the darkness of the Earth shadow, I could not see them any longer. The two spheres never returned.” Cosmonaut Victor Afanasyev commenting on a UFO sighting that occurred while en route to the Solyut 6 space station in April of 1979.

“At no time, when the astronauts were in space were they alone: there was a constant surveillance by UFOs.” Astronaut Scott Carpenter photographed a UFO while in orbit on May 24, 1962. NASA still has not released the photograph.

“I’ve been asked about UFOs and I’ve said publicly I thought they were somebody else, some other civilization.” Commander Eugene Cernan, Commanded the Apollo 17 Mission-The quote is from a 1973 article in the Los Angeles Times.

“I believe that these extraterrestrial vehicles and their crews are visiting this planet from other planets which obviously are a little more technically advanced than we are here on Earth.

I feel that we need to have a top level, coordinated program to scientifically collect and analyze data from all over the earth concerning any type of encounter, and to determine how best to interface with these visitors in a friendly fashion…. For many years I have lived with a secret, in a secrecy imposed on all specialists and astronauts.

I can now reveal that every day, in the USA, our radar instruments capture objects of form and composition unknown to us. And there are thousands of witness reports and a quantity of documents to prove this, but nobody wants to make them public.-Colonel L. Gordon Cooper, Mercury and Gemini Astronaut, in an address to the UN in 1985 after announcing that he had seen and chased UFOs over Germany in the 1950s.

Cooper also reported a greenish object, which passed by his capsule going east to west (opposite normal man-made orbits) while in orbit in May of 1963. The object was tracked by ground-based equipment in Perth, Australia. The press was told it could not question Col. Cooper on this aspect of the mission. I know other astronauts share my feelings…. And we know the government is sitting on hard evidence of UFOs.” Col. Gordon Cooper, January 14, 1997.

“The U.S. Government hasn’t maintained secrecy regarding UFOs It’s been leaking out all over the place. But the way it’s been handled is by denial, by denying the truth of the documents that have leaked. By attempting to show them as fraudulent, as bogus of some sort.

There has been a very large disinformation and misinformation effort around this whole area. And one must wonder, how better to hide something out in the open than just to say, ‘It isn’t there. You’re deceiving yourself if you think this is true.’ And yet, there it is right in front of you.

So it’s a disinformation effort that’s concerning here, not the fact that they have kept the secret. They haven’t kept it. It’s been getting out into the public for fifty years or more.” Dr. Edgar Mitchell, from the same interview.

“We have contact with alien cultures.” Astronaut Dr. Brian O’leary

“At one stage we even thought it might be necessary to take evasive action to avoid a collision.; Astronaut James McDivitt commenting on an orbital encounter he and Ed White had with a weird object with arm-like extensions which approached their capsule. Later in the flight they saw two similar objects over the Caribbean.” Astronaut James McDivitt

“I was testing a P-51 fighter in Minneapolis when I spotted this object. I was at about 10,000 feet on a nice, bright, sunny afternoon. I thought the object was a kite, then I realized that no kite is gonna fly that high. As I got closer it looked like a weather balloon, gray and about three feet in diameter.

But as soon as I got behind the darn thing it didn’t look like a balloon anymore. It looked like a saucer, a disk. About the same time, I realized that it was suddenly going way from me-and there I was, running at about 300 miles per hour.

I tracked it for a little way, and then all of a sudden the xxxx thing just took off. It pulled about a 45-degree climbing turn and accelerated and just flat disappeared.” Donald Slayton, Mercury astronaut, in a 1951 interview.”