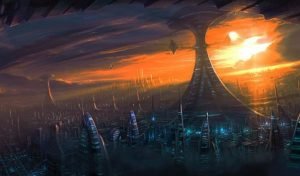 Various prominent figures of the 21st century believe that an abundance of extraterrestrial species are residing in the Universe, but humans are unable to find them due to lack of technological means and little understanding of universal laws. But what are the odds for this to change in the near future?

This firm belief in alien life stems from an instinctual acceptance of the Universe as a grand sowing mechanism that had spread to countless places the gift of life and evolution.

The esteemed visionary entrepreneur Elon Musk is among those believing in the existence of extraterrestrial civilizations.

He is also on the way to become a pioneer of new-age space exploration, with innovations that will fuel the human desire to explore space and eventually make contact with our currently unseen intergalactic neighbors.

Elon Musk’s daring initiative has been explained in an article published in the New York Times by Astrophysicist Adam Frank, entitled – “Yes, There Have Been Aliens”.

His point of view suggests that we’re not the first generation of intelligent humanoids that have evolved on the blue pale dot. Chances are slim for humanity to be the only evolved species since the beginning of the universe, less than 1 in 10 billion trillion to be more precise.

This staggering proportion paves the road two ways: either aliens have a short life span in comparison to the universal timeline, coming up against unforeseen catastrophes, or aliens are still living in considerable numbers among us and have found a way to uniformly blend into society.

This could mean that the Sun is not hosting its first generation of life forms capable of beaming radio signals into space. While we still lack an official confirmation for otherworldly beings, scientists are having a hard time figuring out the number of potential intelligent species from the cosmos.

For that, they use variables of the Drake Equation, a complex and innovating mathematical formula serving as a guideline for anyone interested in finding real proof of life in the cosmos.

While it could be challenging to decipher Drake’s Equation all on your own, the scientific community is already working on a way to put numbers on the table. The equation looks like this:

fp – the percentage of stars with planets

ne – the number of planets similar to Earth

L – the average number of earth-years during which advanced civilizations emit signals.

By multiplying the two main values with the length of time an advanced civilization takes to communicate, discloses the total number of civilizations that have walked the same evolutionary path as humans did.

This, indeed, is only valid if we’re speaking of beings living in the same material realm as we do, not counting life forms from other dimensions.

The complex Drake Equation can only be solved after obtaining precise values for each of its components. Experts estimate this will be doable in the future, but warn that numbers will be useless if trying to find species with a capacity beyond that of human constructs.

Astronomers have discovered over 3,000 nearby exoplanets, with at least 20% of these worlds located in habitable zones. The recent NASA announcement of 7 Earth-like planets only a few light years away from us has boosted hopes of finding alien life in the years to come.

Because of this rapid technological shift we’re experiencing, the next generation of infrared telescopes will pierce through space and reach the very atmosphere of exoplanets found in our vicinity.

World powers are all funding their search for life in the universe, paving the road to alien disclosure at a pace much hastened than in previous years.

Only time will tell when and if we’ll discover our cosmic peers, but waiting for science to do the job might take just too much time of one’s life, so better look for clues on our own planet.

After all, mysteries on Earth are emerging daily, and there are plenty of leads to follow that may be easily labeled as otherworldly.

A Survivor at Roswell: The Truth About the One that Walked Away