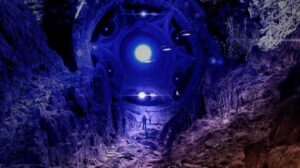 Residents from Dulce, New Mexico will attest that the Archuleta Mesa in New Mexico has seen its share of bizarre events. Dulce, a border town near the Colorado-New Mexico border, is remote, largely unpopulated (Dulce has a population of only around 3,000 people), and is the tribal headquarters of the Jicarilla Apache Reservation.

According to several reports, it is the home of the top-secret Dulce Base – a research and military facility operated jointly between humans and alien beings from another world.

The rumors of a base in Dulce began in 1979. Paul Bennewitz, a local electrician with a doctorate in physics, was researching classified government programs at Kirtland Air Force Base in Albuquerque, New Mexico.

Part of his researched involved construction and monitoring of sensitive radio equipment. It 1979, he began intercepting strange radio transmissions. From what he could tell, the communications were between government organizations and another party which he ultimately determined were not from this planet. The signals emanated from the mesa near Dulce.

The story gained traction when a second report lent credence to the theory there were aliens in the area. New Mexico State Trooper Gabe Valdez had investigated several bizarre cases of mutilated cattle near the mesa. These weren’t your run-of-the-mill cattle mutilations.

Valdez noted that he often found discarded gas masks and glow sticks at the scene. And in one instance, he found an unusual fetus inside one of the carcasses. According to Valdez, the fetus looked like a “cross between a human, a monkey, and a frog”. Experts in alien species drew the conclusion that the fetus was the discarded body of a nefarious reptiloid (aka Reptilian) alien body. 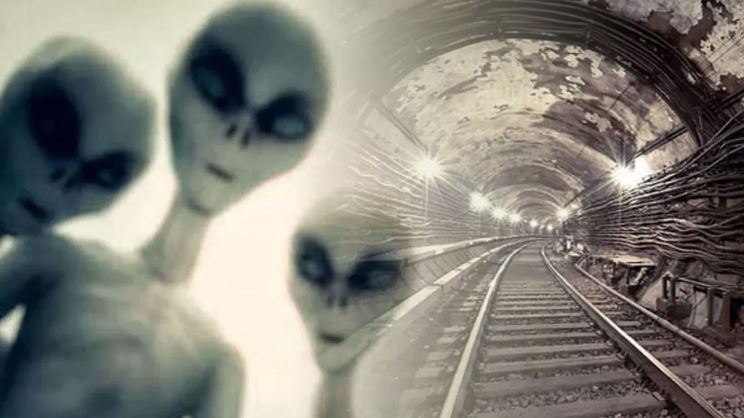 Soon after, 35-year-old Phil Schneider came forward with claims he had worked at the Dulce Base facility. Investigators determine Schneider did indeed have military contacts. He was the son of Oscar Schneider, a Captain in the United States Navy who worked in nuclear medicine and helped design the first nuclear submarine.

According to Schneider, he had been employed by Morrison-Knudsen on a project to drill four large holes that were joined together with tunnels.

His job was to descend into the holes and study the rock composition in order to recommend further course of action. He was suspicious of the job from day one because of the unusual presence of military personnel – Green Berets and other special forces.

During the drilling, workers came across a large artificial cavern. The structure was huge and clearly manmade. As Schneider was marveling at the cavern, he suddenly found himself face-to-face with a seven-foot-tall gray alien.

Schneider pulled a pistol he was carrying and shot the alien who fought back with an unknown weapon of its own. A gunfight broke out between more aliens and the military personnel.

During the melee, 67 workers and military personnel were killed, Phillip Schneider being one of only three people that survived. Schneider claimed to have suffered injuries in the attack and showed scars on his chest to prove it. He claimed the unusually shaped injuries were from the alien’s weapon.

He says the base is the center of a ground operation between the US and extraterrestrials. According to Schneider, thousands of aliens lived in the underground facility. They were allowed to experiment on humans in exchange for advanced alien technology.

Schneider began speaking out about the aliens, UFOs, and government coverups. Together with four other men, he started a publication called The Alien Digest. The publication became popular with the paranormal community and gained a wide circulation. 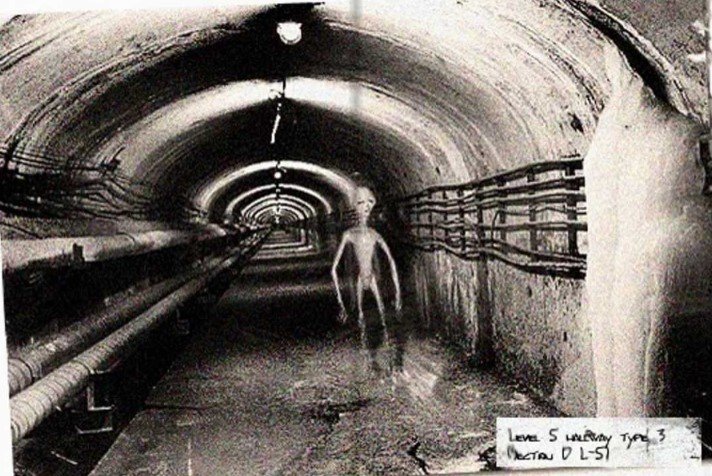 In the publication, Schneider revealed that underground alien bases existed all around the world. Huge amounts of black budget money went towards building the bases.

In 1993, one of the men behind The Alien Digest was found dead in a park in Portland, Oregon. He had been shot in the mouth. Schneider claimed his partner was murdered to shut them up. Police paid no attention to his claims.

For several years prior, Schneider had travelled throughout the country lecturing about government cover-ups, black budgets, and UFOs. Schneider always claimed he knew his life was in danger.

Schneider’s body was found on January 17, 1996, three years after the death of his business partner. Doctors ruled the death a stroke. Oddly, the ruling was later changed to suicide. Investigators claimed Schneider had wrapped a rubber catheter hose three times around his neck and tied it with a knot.

Soon after Schneider’s untimely death, Thomas Costello came forward claiming to be a security guard for the base. Costello confirmed Schneider’s reports and added that horrific experiments were conducted at the base by both humans and aliens. Costello noted that the caves in the mesa had been occupied by reptoid aliens for centuries.

Costello’s claims ignited a media firestorm with publications across the country reporting his story. Oddly, after Costello’s appearance before the public, Schneider’s family suddenly burst into the scene.

After years of silence, family members came forward with claims that Phil Schneider was insane. The media firestorm subsided, and the family grew silent again. 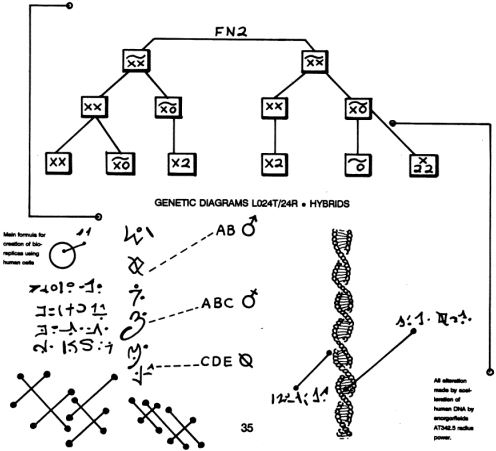 Researchers have found other instances of secret underground military bases. A FOI request revealed a strange report from the US Forest Service’s Southwestern Region office in Albuquerque, New Mexico.

It was an odd call from a man claiming to have run across workers building an underground “alien base” near the Tonto National Forest outside Phoenix, Arizona. It noted that the following email was sent to all US Forest employees:

“David received a call this morning at the front desk from a male caller reporting the construction of a secret government installation upstream from the Salt River Canyon past Pinal Creek (Upstream from Roosevelt Lake).

Caller claims to have seen construction cranes coming out the side of the cliffs, miniature stealth planes and UFOs, aliens and people working together at the site, aliens eating people.

He found a severed head and claims to have pictures of some of this stuff. Caller reported that he is 60, not crazy and doesn’t do drugs. He said he had already called the ‘office at the lake’, but he didn’t know if those people were turning the other cheek or maybe those people have been paid off.”

Another similar report was found in the archives of a UFO investigative organization. The report had been submitted by Scott Heckman and spoke of a base in the national forest where scores of people were said to have “gone missing”. The report read:

“The most major base that I have been able to follow the craft towards is located in the Tonto National Forest. I discovered this while camping in the Sierra Ancha Wilderness. The UFOs kept flying down into the basin two minutes apart.

“They flew low, out of the southeast at about two thousand feet above the terrain. During the daytime A-10’s use the area for training. Re-fueling practice also occurs here both day and night.

“These areas have also been plagued with several unexplained disappearances that have occurred in Cochise County over the last 30 years. Cars are abandoned with people’s ID; money and keys left behind. Their occupants are mysteriously missing, never to be seen again.”