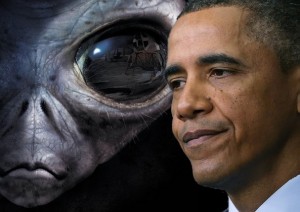 Do aliens and UFO s exist? According to many of the most famous people in American history they actually do. Top ranking military officers, prominent politicians, presidents and leading astronauts have all come right out and stated that UFOs really exist and also that the U.S. government knows about it.

Why then is there still such secrecy about UFOs? Is there not such a large body of evidence for the existence of UFOs at this point that it is pretty much obvious to everyone by now? Well, apparently the U.S. government still wants to keep a lid on this thing. At least for the moment. So will that change someday?

Most certainly it will. In fact, it is very likely to occur in our lifetimes. But for now we’ll just have to keep waiting for full disclosure. Meanwhile, the following are some famous UFO quotes by presidents, politicians, military officers and astronauts…

“I looked out the window and saw this white light.It was zigzagging around. I went up to the pilot and said,Have you ever seen anything like that? He was shocked and he said, “Nope.” And I said to him: “Let’s follow it!” We followed it for several minutes. It was a bright white light.We followed it to Bakersfield, and all of a sudden to our utter amazement it went straight up into the heavens. When I got off the plane I told Nancy all about it.”
-President Ronald Reagen (Describing his 1974 UFO encounter to veteran newsman Norman C. Miller, then Washington bureau chief for the Wall Street Journal.)

“The phenomenon of UFOs does exist, and it must be treated seriously.”
-Mikhail Gorbachev

“The UFO phenomenon being reported is something real and not visionary or fictitious”
-General Nathan Twining Chairman, Joint chiefs of staff, 1955-1958

“For thirty years, I’ve held that image in my mind. What I saw was a circular object that looked like two pie plates put on top of each other with a golf ball on top. It was a classic flying saucer,and it shot a beam of something at our warhead”
-U.S. Air Force Lieutenant Robert M. Jacobs

“I can assure you that, given they exist, these flying saucers are made by no power on this Earth.”
-President Harry S. Truman, 4 April 1950, at a press conference.

“While working under President Eisenhower,I discovered that Eisenhower had a keen interest in UFOs, but that he came to realize that he had lost control of the subject”.
-Brigadier General Steven Lovekin

“The US Airforce assures me that UFO’s pose no threat to National Security.”
-President John F. Kennedy

“We must insist upon full access to disks recovered. For instance, in the LA case the Army grabbed it and would not let us have it for cursory examination.”
-J. Edgar Hoover

“I certainly believe in aliens in space, and that they are indeed visiting our planet. They may not look like us, but I have very strong feelings that they have advanced beyond our mental capabilities.”
-Senator Barry Goldwater (1965)

“I’m not at liberty to discuss the governments knowledge of extraterrestrial UFO’s at this time. I am still personally being briefed on the subject!”
-President Richard M. Nixon

“In the firm belief that the American public deserves a better explanation than that thus far given by the Air Force, I strongly recommend that there be a committee investigation of the UFO phenomena. I think we owe it to the people to establish credibility regarding UFOs, and to produce the greatest possible enlightenment of the subject.”
-President Gerald Ford (during his years as a US Congressman).

It was the darndest thing I’ve ever seen. It was big, it was very bright, it changed colors and it was about the size of the Moon. We watched it for ten minutes, but none of us could figure out what it was. One thing’s for sure, I’ll never make fun of people who say they’ve seen unidentified objects in the sky.
-President Jimmy Carter

“I believe that these extraterrestrial vehicles and their crews are visiting this planet from other planets which obviously are a little more technically advanced than we are here on Earth.”
-Colonel L. Gordon Cooper (Mercury 9,Gemini-5 Astronaut)

“After the plane from Roswell arrived with the material I asked the base commander to personally transport it in a B-26 to Major General McMullen in Washington DC. The entire operation was conducted under strictest secrecy. The weather balloon explanation for the material was a cover story to divert the attention of the press”.
-Brigadier General Thomas Dubose
Commanding Officer of Wright Patterson Air Force Base
Affadavit 09/16/01

“We heard the material was coming to Wright Field. It was brought into our material evaluation labs. I don’t know how it arrived but the boys who tested it said it was very unusual”.
-Brigadier General Arthur E. Exon

“I speak from three years of detailed, personal research involving interviews with more than five hundred witnesses in selected UFO cases,chiefly in the United States. In my opinion the UFO problem,far from being the ‘nonsense problem’ it has been labelled by many scientists,constitutes an area of extraordinary scientific interest”.
-Dr. James McDonald
Professor of Atmospheric Sciences
Quoted in “UFOs – a Scientific debate”

“I’ve been asked about UFO’s and I’ve said publicly I thought they were somebody else, some other civilization.”
-Commander Eugene Cernan, Commanded the Apollo 17 Mission. (LA TIMES, 1973)

“It is time for the truth to be brought out… Behind the scenes high-ranking Air Force officers are soberly concerned about the UFOs. But through official secrecy and ridicule, many citizens are led to believe the unknown flying objects are nonsense…. I urge immediate Congressional action to reduce the dangers from secrecy about unidentified flying objects.”
-Former CIA Director Vice Admiral Roscoe Hillenkoetter, signed statement to Congress, August 22, 1960

“Blue Book was now under direct orders to debunk…I remember the conversations around the conference table in which it was suggested that Walt Disney or some other educational cartoon producer be enlisted in the debunking process”.
-Dr. J Allen Hyneck
Scientific Consultant to Blue Book

“We have contact with alien cultures.”
-Astronaut Dr. Brian O’leary

“The Air Force has never denied the possibility that interplanetary spacecraft exist. There are many people in the Air Force who believe in UFOs”.
-USAF Press Liason Albert M Chop

“In my official status, I cannot comment on ET contact. However, personally, I can assure you, we are not alone!”
-Charles J. Camarda(Ph.D.) NASA Astronaut

“The matter is the most highly classified subject in the United States Government, rating even higher than the H Bomb. Flying saucers exist. Their Modus operandi is unknown but concentrated effort is being made by by a small group headed by Doctor Vannevar Bush.”
-Wilbert Smith in a top secret Canadian Government Memorandum,
21st November 1950

“They came up with a table of pictures of all the shapes of UFOs that have ever been recorded -about fifty …The study of UFOs may reveal some new forms of energy to us,or at least bring us closer to a solution.”
-General Vasily Alexeyev
Russian Air Force -Space Communications Centre.

“It isn’t a question of whether or not flying saucers exist. The question is what are they and who do they belong to?”
-George Flier
Air Force Intelligence Officer 1958 -1978

“There are some definite flight type characteristics that are seen now that I would say represent genuine UFOs…ie: instant acceleration; instant stop; vertical acceleration -up into the air and down to the ground; reverses in direction; right angle turns -all in silence -multiple objects sometimes separating and then going back into each other. They are classic,what I would call,genuine UFO characteristics -things that we can not do in a conventional sense”.
-British Detective Constable Gary Heseltine of the Police UFO Reporting Organization

“Of course it is possible that UFO’s really do contain aliens as many people believe, and the Government is hushing it up.”
-Professor Stephen Hawking

“Let there be no doubt. Alien technology harvested from the infamous saucer crash in Roswell, N.Mex., in July 1947 led directly to the development of the integrated circuit chip, laser and fiber optic technologies, Particle beams, Electromagnetic propulsion systems, Depleted uranium projectiles, Stealth capabilities, and many others! How do I know? I was in charge! (A matter of public record)I think the kids on this planet are wise to the truth, and I think we ought to give it to them. I think they deserve it.”
-Colonel Philip Corso Army Intelligence officer, former head of the Foreign Technology at the U.S. Army’s Research and Development department at the Pentagon and former director of intelligence on President Eisenhower’s White House National Security Staff

“With control of the universe at stake, a crash program is imperative.We produced the A-bomb, under the huge Manhattan Project, in an amazingly short time. The needs, the urgency today are even greater. The Air Force should end UFO secrecy, give the facts to scientists,the public, to Congress. Once the people realize the truth, they would back, even demand a crash program…for this is one race we dare not lose.”
-Major Donald E Keyhoe USMC, Director NICAP 1953

“All Apollo and Gemini flights were followed, both at a distance and sometimes also quite closely, by space vehicles of extraterrestrial origin – flying saucers, or UFOs, if you want to call them by that name. Every time it occurred, the astronauts informed Mission Control, who then ordered absolute silence.”
-Maurice Chatelain, former chief of NASA Communications Systems

“UFO sightings are now so common, the military doesn’t have time to worry about them – so they screen them out. The major defense systems have UFO filters built into them, and when a UFO appears, they simply ignore it.”
-Lee Katchen (former atmospheric physicist with NASA)

“We all know that UFOs are real. All we need to ask is where do they come from, and what do they want?”
-Apollo 14 Astronaut Capt. Edgar Mitchell

Based on unexplainedmysteriesoftheworld.com inf. & Anomalien.com inf.