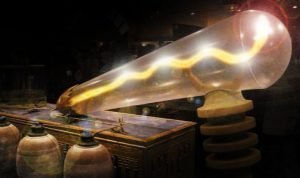 The Baghdad battery, also known as the Parthian battery is an ancient out of place artifact that was discovered inside a tomb located in an area southeast of Baghdad called Khujut Rabu. It is called the Baghdad battery as it is actually a functioning voltaic chamber, albeit one with a rather low output voltage.

The piece has fascinated the paranormal community due to its age – believed to be over 2250 years old. Because the Baghdad Battery displays a previously unknown level of technology in our ancient predecessors it is often cited as evidence of ancient alien influence.

Scientists have placed the age of the batteries around 250BC. The batteries were discovered quite by accident in 1936 by a group of workers who were excavating an area in order to build a new railway track.

While the battery was unearthed in 1936, it wasn’t until 1938 that a German scientist by the name of Wilhelm Koing discovered what the item really was. At that time Mr. Koing was the director of the “Baghdad Museum Research Lab”.

He found the item while looking through the basement of the building. Initially he believed it to be an ordinary clay pot which was 14 cm in height and of an egg like shape. However it wasn’t until he opened it that the really astonishing discovery happened. 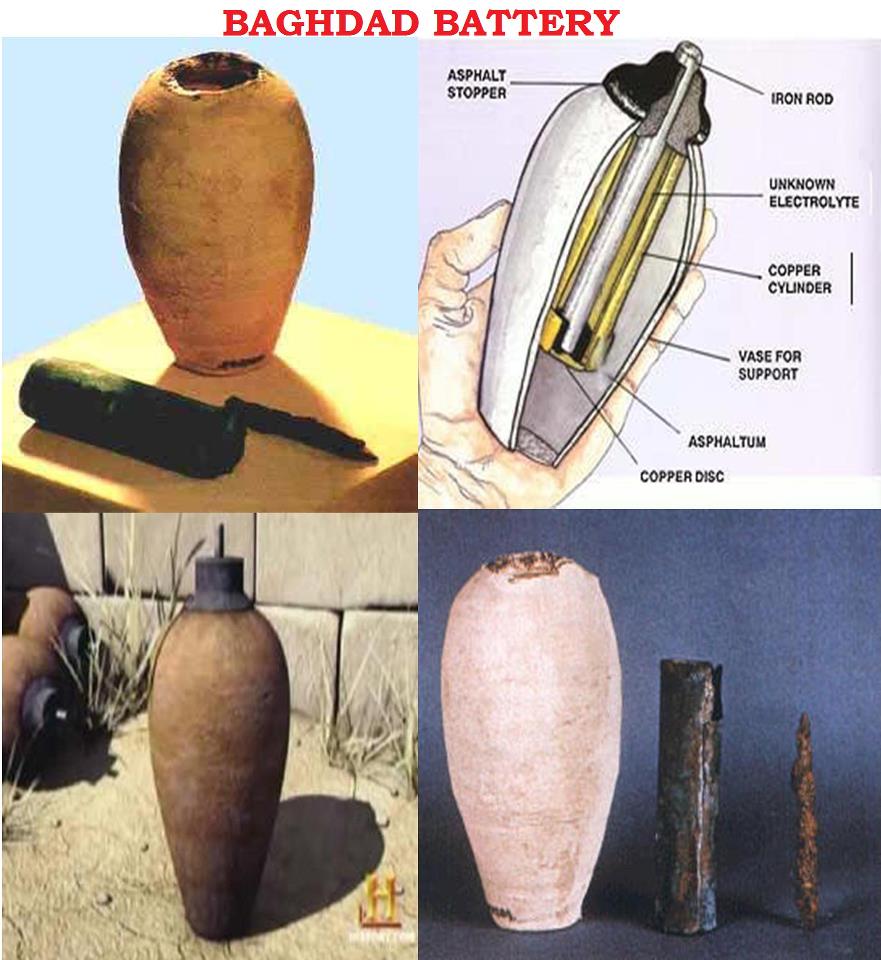 Upon removing the vase’s asphalt bung he saw long iron rod that was surrounded by a copper cylinder. He noticed that this set up could be used for a battery. In order to test his hypothesis he filled the vase with an electrolyte, in this case a mixture called acetum. What he found is that the vase was able to output a voltage of around 1.5V to 2V.

There are multiple theory’s regarding the use of this object. Koing originally thought that the item was used to electroplate gold to silver. The next and perhaps most likely theory is that it was used for medicinal purposes, perhaps an ancient version of electrotherapy.

The main piece of evidence which supported this theory was that iron and bronze spikes were found near the battery in the original dig. While this does seem like a good theory there is one rather large problem – the output voltage. A voltage of 1.5V to 2V will serve no purpose other than to cause mild pain and discomfort.

However one must consider that the people at the time had a limited medical knowledge and may have believed that the device had medical benefits. The last main theory is that they are actually none of these things, and that they weren’t even used for these electrical properties.

Cynics believe that these were special vases that were used to store and preserve religious scrolls. These scrolls supposable contains information relating to various religious rituals that were used at the time were inscribed on natural materials such as papyrus and parchment.

What we do know is that it couldn’t be a part of anything that involved the elaborate use of electricity since electricity had not been discovered at the time, and there is no evidence to suggest otherwise.

Unfortunately it is no longer possible for scientists or archeologists to study the batteries. During a raid during the Iraq was, the museum was plundered. The Baghdad batteries along with countless other artifacts were stolen. The location of these items is still unknown as of the time of writing.

While we don’t know what this was used for, it is still very exciting that technology like this existed as long as 2500 years ago.