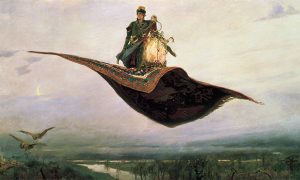 Is there any truth behind the paranormal subject of Ancient Astronauts or as some call them Ancient Aliens? Is it possible that alien aircraft flew the skies of ancient Sumeria and Puma Punka?

Modern history dictates that there was no possible way that there were aircrafts during the days of Ancient Greece, Egypt, and Sumeria.

However, historians have been wrong about other things in the past, including the existence of the legendary city of Troy. With many rumors circulating the world about ancient aircrafts, it seems like there might actually be a possibility that our ancestors took to the sky.

A lot of the rumors are fueled by the ancient mythology and religions that once were commonplace around the world. In fact, many of the religions that sparked this argument are still very common. Many religions talk about people soaring through the sky in chariots of fire, or talk about gods who came from the heavens in order to enlighten humanity. 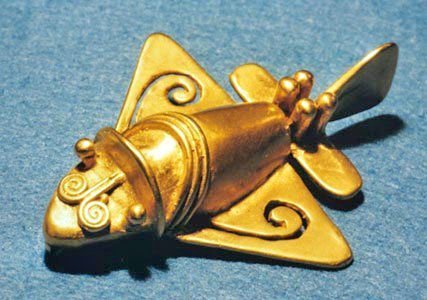 These stories sound like ancient descriptions of people riding in noisy aircraft, and encounters with extraterrestrials, don’t they?

If it were just the stories, most of the people who wonder about ancient aircraft theories would simply cast the idea aside as ludicrous. But, there is more evidence that leads to the possibility that many ancient civilizations had knowledge of airplanes.

Excavators found what appear to be model airplanes in an ancient South American tomb. On walls filled with Egyptian hieroglyphics, people have discovered drawings of what appear to be helicopters and flying saucers. Sketches dated to 200 BCE have appeared to show airplanes. This kind of evidence is a lot more difficult to debunk, and it’s harder still to explain away with our current model of history.

It isn’t only aircraft that we know and understand that appear to be a subject of ancient history. In ancient India, scribes told stories about Vimanas. Vimanas were giant flying craft that their gods used as a method of travel.

The scriptures from the ancient Hindu religion actually include technical details about the Vimanas, including the number of engines different Vimanas contained. Drawings of Vimanas have also been found.

In many parts of India, the existence of Vimanas isn’t questioned – it’s considered to be a fact as clear as day. It could be that old world beliefs might hold the truth about ancient civilizations and their true technological prowess.

Most of the stories regarding these mysterious machines describe the possible ancient aircraft as chariots of fire, or as vehicles that resemble the sun. It sounds as if they are using a powerful form of propulsion that would have to be very advanced in order to work, doesn’t it?

There is definitely reason to consider the possibility that ancient civilizations had aircraft in their inventories, or at least, met others who had aircraft.

If this is the truth, we have to rethink what we know about all of the major ancient civilizations that the world has had, and what we know as well. However, there is one issue which keeps skeptics questioning the current evidence – where are the airplanes? Unfortunately, it seems as if the ancient aircraft themselves are a mystery lost in the annals o historical text.

Reck’s Skeleton: Modern Humans Existed Over One Million Years Ago