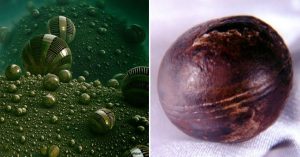 2.8 Billion-years-old spherical artifacts were returned from a mine in South Africa, and since then have puzzled the scientific world and mystery hunters alike. What was the purpose served by these out-of-place objects? And who were their users?

Attested historic evidence of ancient advanced civilizations stretches back more than 4,500 years, to a time when the Sumerians living in ancient Mesopotamia were busy writing poems and fighting wars. This tiny span of time compared to the universal timescale highlights the many possible gaps in our history books.

One of the constant contributors to the pile of rubble lying on top of challenging historic vestiges is war. It had been waged since time immemorial and played a decisive role in demolishing or covering up all traces of once-lofty cultures. 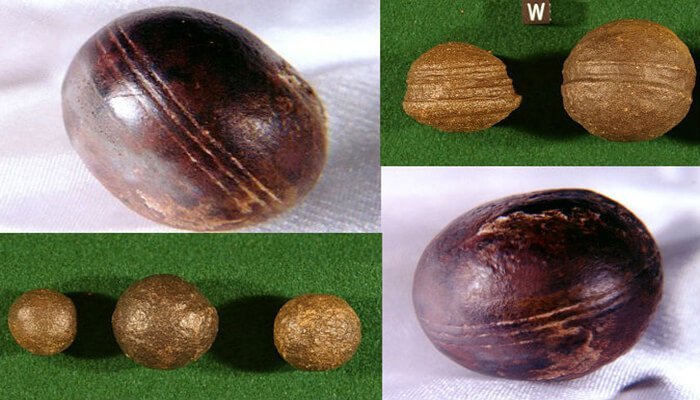 But fortunately, the latest laser scanning technology is uncovering numerous breadcrumbs from remote times which prove that our forefathers possessed advanced notions of a great deal of things, opposite to how currently attested history wants us to believe.

As evidence of their exceptional achievements stand a collection of artifacts that were unearthed from inside a South African mine. The out-of-place-objects, as they were dubbed, were comprised of a series of various metallic spheres with smooth coating, concentric grooves around their circumference, and one inch diameter in average.

Probably the most intriguing aspect was their age – dated to about 2,8 billion years back.

According to researchers, the Klerksdorp Spheres stand proof of a remote race with exceeding technological capabilities that could create perfect spheres with the aid of complex devices, possibly through molding. It would be close to impossible for a modern sculptor to replicate such perfectly round stones, at least not without specific tools.

Part of these enigmatic stones are kept at the Museum of Klerksdorp in South Africa, where interested parts are free to gather more insight into these artifacts. Here’s what Museum Curator Roelf Marx has to say about this:

“The sphere are a complete mystery. They look man-made, yet at the time in Earth’s history when they came to rest in this rock, no intelligent life existed. They’re nothing like I’ve ever seen before.

“They are found in phyrophylite, which is mined in South Africa. this phyrophylite is a quite soft mineral with a count of only 3 on the Mohs’ scale and was formed by sedimentation about 2.8 billion years ago.

“On the other hand, the globes which have a fibrous structure on the inside with a shell around it, are very hard and cannot be scratched, not even with steel.”

The Klerksdorp spheres have a different material consistency than the pyrophylite from which they were extracted, thus hinting at their possible artificial nature, rather than resultant of a natural phenomenon.

This intriguing aspects has made those researching the spheres wonder if they were not manufactured by a long-forgotten civilization.

With a spherical design and colors varying between dark-blue, hazel, and chestnut color, these puzzling artifacts seem to hold more questions than answers. Were they utilized in some sort of ancient ritual?

Or rather their petite size and almost flawless execution indicate that these could have been used as ornaments or decorative body accessories by a former 2.8 billion years old culture?

Another remarkable attribute resulted upon inspection was the extreme balance of these out-of-place objects. Intrigued about this, Mr. Hund of Pietersburg who also had a similar stone from a different mine near Ottosdal, had forwarded an inquiry along with the material evidence he had in his possession to the California Space Institute at the University of California, from where Hund received more baffling news.

“It turned out that the balance is so fine, it exceeds the limit of their measuring technology and these are the guys who make gyro-compasses for NASA,” Hund said after receiving the results.

He went on offering more details about the unusual spheres which were “balanced to within one-hundred-thousands of an inch from absolute perfection.” According to investigators working at NASA, no current technology would be able to replicate something as finely balanced, unless the process would occur in zero gravity or space.

The second proposed hypothesis involved the erratic work of nature, but some traits are hard, if not impossible to relate to this scenario.

Mr. Hund noted all his particularities regarding the Klerksdorp spheres, as well as points of view shared by other fellow researchers and scientists he had discussed with, in a letter that, for a while, was displayed at the museum of out-of-place-objects in South Africa.

“I was intrigued by the form of the spheres, grooves around the middle and the fact that they are as hard as steel, while the material – phyrophylite – in which they are found, is as soft as limestone with a count of only 3 on the Moh scale.” 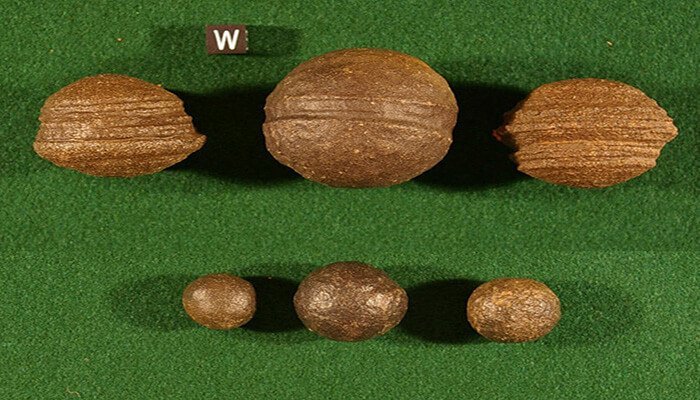 “They vary in size from 30 to 50 mm in diameter and have perfectly concentric grooves round the center as if they were molded. Inside the hard shell, some have a spongy substance, while in others resembles charcoal.”

The spheres were found several decades back and had gained much infamy since then. They became targeted by witch-doctors who sought them for their alleged magic powers and at one point in time a sagoma (mage) deliberately stole some of the spheres from the museum to enhance his rituals and magic powers. The stolen spheres were never returned.

After the immensurable span of time in which the Klerksdorp spheres were subjected to various forces inside Earth’s crust, their intended use became unclear and their alleged magic properties questionable. Nevertheless, the strangeness of these out-of-place-artifacts is not to be denied, and the role they might have played for our extremely ancient forefathers.

More than 200 such spheres were recovered from the Wonderstone Silver Mine in South Africa, a region where traces of previously unknown cultures have recently been brought to light. The alloy used to cover the spheres is made of a nickel and steel, a composition that doesn’t occur naturally.

Some have shells of about a quarter of an inch thick, and when split in half, an unknown substance is revealed which breaks down into particles upon first air contact.

With so many mysteries in a nutshell, the Klerksdorp spheres have made some truth seekers wonder if they might not have been related to, or used by the Anunnaki who are believed to have established a mining operation facility right on the plains of South Africa more than 200,000 years ago. The artifacts are however dated to a much further date, to a time where not even our imagination can stretch. 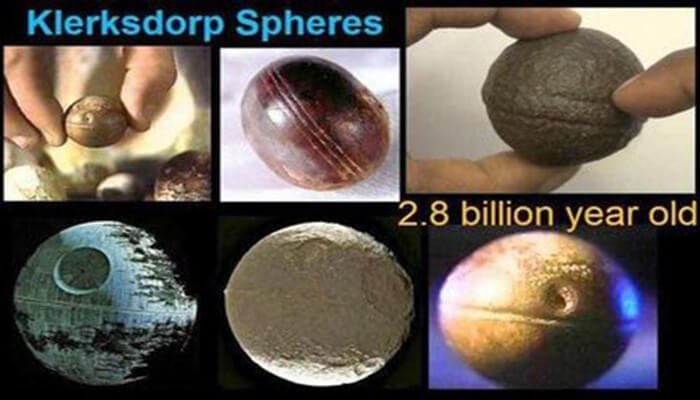 With this in mind, it’s possible that some historical facts had been erroneously interpreted by modern science, and pieces of the puzzle are finally starting to complete the main picture which seems rather challenging for the established paradigm.

Although time has taken its toll on these unusual artifacts and has made them indecipherable, it wasn’t enough to stop human curiosity from attributing them otherworldly origins and uses.

One thing remains certain though – their ancient creators, whoever they were, possessed advanced notions and techniques that exceeded by far the scientific interpretation attributed by modern man.

Whatever the case, the Klerksdorp spheres remain one of those mysteries extremely hard to crack.