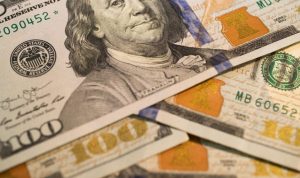 A resident of the American city of Sykesville, Maryland, hit the jackpot in the lottery after a quiet voice in his head advised him to buy a ticket, reports UPI news agency.

Nolan Steele, 78, said he was about to leave the store where he was chatting with a friend when a quiet voice in his head advised him to stay and make a small purchase – get an instant lottery ticket.

“I don’t know where it came from, but I’m happy that I listened to it. I knew that something good would happen,” the pensioner stressed.

Steele wiped the protective layer off the ticket and scanned it to check the result. It turned out that he became richer by 100 thousand dollars. The man went to the lottery headquarters in Baltimore and took the prize.

The American said that he plans to paint the house with the money received. Steele will give the rest of the winnings to his wife, who has been married for 43 years.