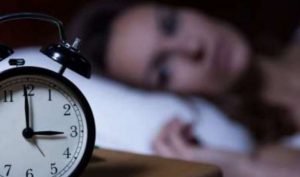 Li Zhanying, a resident of Henan province in China has been troubled by mysterious disease which does not let her sleep, not even for a second.

The 45-year-old woman claims that she has not slept even for a minute for the last 40 years.

A condition confirmed by her husband and their neighbors, some of whom actually put her to the test, only to fall asleep themselves.

Li last remembered getting some sleep when she was five or six, but now in her mid-40s, sleep is nothing but an old memory.

Li’s many wakeful nights have made her a celebrity in her small village after local media reported on the case.

Thinking her claims were nonsense, several years ago her neighbours tried to stay awake with her all night playing cards.

The villagers soon gave in to the appeal of sleep with one catching some shut-eye on the table and another returning home.

Li has been to many doctors but no one could suggest anything useful or something that might help her, reports Bastille Post.

A team of doctors concluded that Li did in fact sleep, but not in the same way most people do. Bastille Post reports that Li in fact gets light but not while laying down in bed with her eyes closed but instead when she is talking to her husband.

When the two would converse, Li’s eyes would slow down and she would begin to sleep while still being able to talk.

Experts claimed the phenomenon was similar to sleepwalking, in that her body was still active while she was asleep.