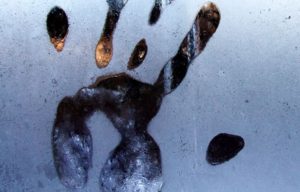 Francis Leavy was an American Fire Fighter based in Chicago in the early 20th century. Leavy was described as being a pleasant and cheerful person.

On April 18 of the year, 1924 Leavy’s fellow firefighters noticed he was unusually miserable. When asked what was wrong with him he explained that he felt like he was going to die that day.

Less than a moment later the crew were called out to a fire in a building a long way from the station. With no time to waste, the crew departed to combat the fire. The firefighters arrived at the scene and began to escort people out of the building.

Without notice, the fire engulfed the lower portion of the building. The falling wall knocked out electrical power at the site. Portable lighting was brought in, while firemen combed the wreckage for their comrades. But all eight men had been killed. Among the dead was Francis Leavy.

It was later determined that Curran Hall had been deliberately torched for the insurance. The building owners were tried and convicted of the crime.

The remaining firefighters were once again at the station the following day, coping with the loss of their colleague and friend. One of the men at Engine Company #107 noticed the window that Leavy had left half-washed. In the middle of the window was a handprint. The man tried scrubbing it out, but the handprint stayed.

From that time forward, so the legend goes, every fireman assigned to Engine Company #107 attempted to remove the handprint. They used water, soap, ammonia and acid; they scraped it with razor blades. Nothing worked.

The Pittsburgh Plate Glass Company was called in. PPG applied their strongest chemical solvents to the handprint–and still couldn’t remove it.

Was the handprint a ghostly souvenir of the dead fireman? It’s said that Leavy’s thumbprint was obtained from his personnel records, and compared with the print on the window. They matched perfectly.

The end of the tale is prosaic. A newsboy threw a paper through the window and broke it. Most accounts say this happened in 1946. But one version claims that the window was broken on April 18, 1944 – 20 years to the day of Francis Leavy’s death.