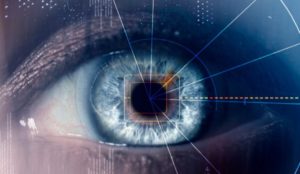 According to Elizabeth Lloyd Mayer PhD, experiments in cognitive neuroscience over the past 20 years have shown consistently that a large proportion of human mental activity occurs unconsciously.

Much of what man perceives and reacts to occurs outside his conscious thought and cognition; this suggests that man’s capacity to assimilate an unconscious network of associations is much greater than previously thought.

One area that demonstrates this idea is subliminal priming, in which a one second image is flashed onscreen activating powerful unconscious desires or associations even though viewers do not consciously register the image.

In her book, Extraordinary Knowing: Science, Skepticism, and the Inexplicable Powers of the Human Mind (New York: Bantam Books, 2007), Mayer suggests that the unconscious is so pervasive a part of human cognition that it can change human behavior and allow man to see into the future. 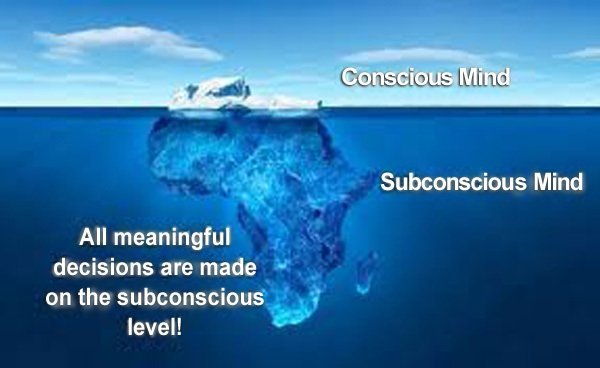 In one experiment, psychologist Lloyd Silverman PhD wanted to test the idea that human behavior is influenced by powerful unconscious forces such as a desire for oneness.

Gratification of this unconscious desire can enhance cognition and behavior. In several experiments, subjects received brief subliminal priming with the words, “Mommy and I are one.”

The results were staggering. Many subjects, from schizophrenics to neurotics to normal students showed marked improvement in adaptive functioning.

Half of the smokers received subliminal priming with the words “Mommy and I are one.” The other half was exposed to priming with neutral words like “People are walking.” At the 30 day follow up, a significant portion (67%) of the group exposed to the “Mommy and I are one” prime was still abstaining from smoking as opposed to 13% in the control group.

What these experiments demonstrated was that stimulating an unconscious desire for oneness or connection can release powerful capacities in human behavior ranging from optimism to self-discipline.

Can subjects be primed subliminally by an event that occurs in the future? Is man capable of picking up unconscious responses to a future event?

Outrageous as these questions might seem, they were nevertheless the subject of an experiment conducted by Dean Radin PhD and Edwin May PhD. In their experiments, subjects were outfitted with headphones and equipment that measured galvanic skin responses.

These subjects were exposed to unexpected blasts of “startle stimuli”(228) randomly mixed with moments of silence as controls. The stimuli were selected by a random number generator in order to eliminate unconscious human influence in selecting the triggers.

What researchers discovered was that subjects displayed more agitation (they sweated more) three seconds before they were exposed to the loud blasts as opposed to their reaction to silence.

In another similar experiment in Hungary, the data displayed even more positive results. Subjects began sweating at least 3 seconds before the startle stimulus. In fact, many responded as early as 5 seconds—even before the stimulus had been selected by the computer’s generator.

Mayer states that man is only beginning to understand the possibilities of extraordinary knowing. “What if,” she muses,” we could approach solving ordinary problems with access to the full spectrum of intuitive intelligence, routinely gaining information located at the apparently anomalous end of that spectrum?”(271).

With the kind of passion and intensity demonstrated in Mayer’s inquiry, it is likely that man, who uses only 5% of his mind, will finally make use of the other 95%.