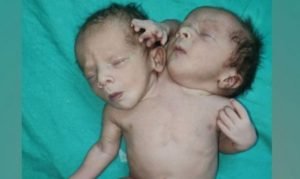 Siamese twins in the form of two heads on one common body were born on March 28, 2022 in the Indian state of Madhya Pradesh.

A similar twin anomaly in medicine is called dicephalic parapagi (dicephalic parapagus). This is a very rare condition, and the percentage of such children who live at least a few years is very low.

A male child was born to Shaheen and Soheil Khan. According to all forecasts, they expected the birth of the most ordinary twins and did not know anything about the anomaly. 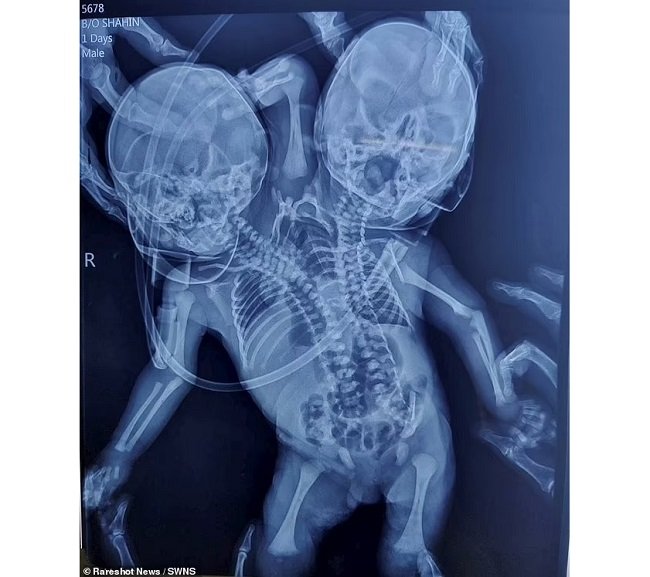 It is reported that often infants with dicephalic parapagia are stillborn or die shortly after birth from pathologies incompatible with life. However, this child turned out to be unexpectedly strong and not only did not die, but his condition is still stable.

At the moment, the baby is under the supervision of doctors at the Ratlama Hospital in Indore.

The media got an x-ray of the twins, which shows that they have a double spinal column, but one pair of pelvic bones, as well as two hearts.

Doctors say they are not planning any separation surgeries on the infant yet and have not indicated if they are generally possible.