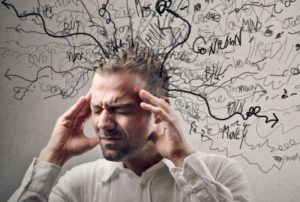 A noise in the head occurs in many people around the world, but only some time ago, experts began to study this issue.

Million people in the UK have begun to think of suicide because of the constant noise in the ears, called tinnitus. This phenomenon is still very poorly studied. Patients always hear a noise that does not have a clear external reason.

A recent study found that approximately 7 million Britons who have reached the age of majority suffer from this disease today. At the same time, the volume of sounds can be different and often resembles a whistling kettle or the operation of a jet engine.

Many of the Tinnitus respondents said that they experience longing and a noticeable decline in mood. Another part admitted that they repeatedly raised thoughts of suicide.

In some situations, tinnitus may occur as a result of other diseases. For example, due to diabetes or multiple sclerosis. It may also occur as a side effect of taking medication. But more often experts cannot establish the reason for its appearance.

Today, doctors suggest using cognitive-behavioral therapy and visits to psychotherapists, as well as other specialists to solve the problem or improve the condition of patients.

At the same time, conspiracy theorists hypothesized that this is not an accidental disease but the use of psychotronic or mind-control weapons.