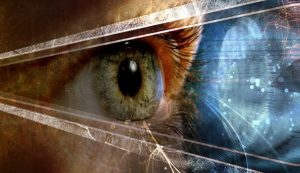 Precognition denotes a form of extra-sensory perception where in a person is said to perceive information about places or events through paranormal means before they happen. A related term, presentiment, refers to information about future events which is said to be perceived as emotions.

The ability to see into the future is one of the most enigmatic areas of paranormality. To accept that it occurs we have to abandon our sense of ‘now’, and to accept a merging of all time, including the future, which rationally has not yet happened. This, however, has not stopped a whole host of theories regarding the subject. From pseudoscholars, to philosophers, to scientists, the existence of a ‘future’ has fascinated some of our cleverest minds.

To French philosopher Henri Bergson time is not in the world. Rather, Precognition is a subjective quality, needed for us to place order upon the world. English author J B Priestley went further, arguing that we had to be taught to appreciate time; and once taught, we were imprisoned by it.

But these ideas actually tell us little of the mechanics of time. One theory to explain precognition is the ‘bow wave’ effects. As a boat ploughs through water, it leaves ripples which dissipate with the passing of time. Could time be similar, causing ripples that go back to the past from the future? Ripples of knowledge that we can intuit?

Prof Paul Davies suggests there are an infinite number of universes. Could we cross into other universes? And if so, could we re-enter the same universe at a different point in time? Cosmologist Thomas Gold suggested that the direction of time is a product of the universe expanding.

But what if it is really contracting? If so, it is an illusion that time goes forward. It is really going backwards. Hence, we experience things that haven’t yet happened. A further idea is the block-universe hypothesis. Here, the four dimensions, including time, are really static.

Movement is really consciousness moving through it, rather like a beam of light, illuminating and making it real. But if the unconscious is more like a searchlight, it will pierce deeper and wider, the unconscious appreciating events before they happen.

An Experiment With Time

British engineer J W Dunne was fascinated by the subject, keeping a ‘dream diary’ for many years. Once, in South Africa during the Boer War, he dreamt he was stood on a hill watching a volcano erupt. The number 4,000 was connected with the image. Later he heard of the eruption on Martinique which killed 40,000. On another occasion he saw a train disappear over an embankment in his dream.

A couple of months later the Flying Scotsman plunged over an embankment not far from the Forth Bridge. Writing about his experiences in his 1927 book, ‘An Experiment With Time,’ Dunne argued time existed in layers, each slightly more advanced in time than the others. Alongside these layers were various selves, or states of consciousness, in the person. At times we can move into higher layers, thus appreciating the future.

Causality And Free Will

There is, of course, a problem with these ideas. None of them can be proved. Indeed, the idea that we can see the future flies in the face of logic, particularly concerning the law of causality. This simple law states that a cause must come before an effect. For instance, if you are shot, a gun must first be fired. It is ridiculous to surmise that you could experience the wounding (the effect) before the gun firing (the cause).

Events simply must happen in order for the world to make sense. But if a definite future exists, then this order is blown. Philosophically, we also have a problem with free will. Fundamental to who we are is the idea that we can make choices.

Such choices lead to actions, and it is those actions that will go on to form the future. However, if a definite future already exists, then those choices become irrelevant, and our free will is a fallacy. Such an acceptance of a future negates our ability to think and act. Rather, we would simply be mindless players of a universal tune.

As we can see, there seems to be severe problems concerning the possbility of the future already existing. Scientific theories are unproveable, and philosophically it is ridiculous. So should we forget the idea that a definite future is already there to intuit? The easy answer is yes. But there is the possibility that we haven’t grasped the concept yet because of our knowledge is not up to the job. Basically, it is us who let ourselves down.

Maybe, in the future, this will change. But if so, where would the most likely theory come from? I’d put my bet on the possibility of other dimensions. At present, eleven dimensions are theorised to exist in the universe. Similarly, many theorists are beginning to argue that consciousness extends into the fundamental construction of the universe.

If we thus see a possibility of a deeper form of consciousness existing in other dimensions, we can change our appreciation of what ‘time’ is.That would be Precognition.

To us, time flows in an orderly fashion. It may slow down or speed up, dependent upon Relativity Theory, but it does not go backwards – at least not in the universe we experience. But there is nothing to say that other dimensions have to exist in time.

Indeed, ‘time’ is a dimension in itself. It is the fourth dimension, and length, breadth and height exist within it, as we experience the three-dimensaional world in time. Other dimensions are beyond our experience, so are likely, also, to be beyond time. But what does it mean to be ‘beyond’ time or Precognition? If time does not exist, then everything can logically be said to exist at once.

There would be no past, present or future, but simply an eternal now. Perhaps we are cut off, in normal consciousness, from this eternal now. But at times when our consciousness changes, such as in an altered state, maybe we catch a glimpse of an eternal now, and perceive just a modicum of knowing of what will happen then.

How To Protect Yourself – Psychic Shield