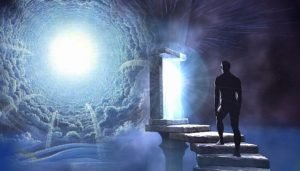 Elisabeth Kubler Ross was a psychiatrist and one of the foremost experts on death, dying and after-life. She dedicated her life to researching the dying process and campaigned for terminally sick patients to be treated with dignity and respect.

She collected data from more than 20,000 people who had encountered a near death experience to understand what happened after death. Several universities in the United States have awarded her honorary degrees in science, law, humanities and divinity.

Kubler-Ross on the Dying Experience

Kubler-Ross likened human life to a butterfly and the dying process to the release of a butterfly from the cocoon.

She collected data from several case studies to indicate that people could remember the license plate of the car that ran into them, or other specific details of a rescue process when the affected person’s brain would have been non-functional.

She attributed this knowledge to come from the soul consciousness. During a near death experience, the person sees the world through the eyes of the soul that stepped out briefly.

Three Stages of Dying by Kubler-Ross

Kubler-Ross mentioned that there are three stages to the moment of death from her research involving people that had experienced near-death experiences. She compared the process of dying to that of a butterfly emerging from a cocoon.

Twenty-thousand cases of people all over the world — all of whom were declared clinically dead — were studied as part of her research on after-life.

When the second stage is reached, the butterfly or the soul is supplied with psychic energy. The deceased person is whole again, devoid of physical challenges, illnesses or defects.

A scientific project was done with blind people who had out-of-body experience. Upon their return to the physical body, their descriptions of colors, details relating to other people in the room, were accurate.

In the third stage, in the presence of light, the soul can look back on its entire life and gain valuable knowledge. Those that were declared clinically dead and lived to tell their story, only see this light for a moment.

Elisabeth Kubler Ross on the Concept of Soul

Kubler-Ross used lots of examples to illustrate her concepts. Most people know that, the sound from a dog whistle is in the audible frequency for dogs, not humans.

Similarly, Kubler-Ross suggested that the average man does not directly perceive the wisdom of a soul while in the physical body. However, a stepped-out soul can register earthly vibrations, and understand the events that unfold at an accident within a fraction of a second.

Who do you Meet After you Die?

Kubler-Ross believed that nobody dies alone. According to her theory, after death, time and space are transcended and the liberated soul is able to travel anywhere just by thought and meet anyone the soul wants to say final good-byes to.

According to Kubler-Ross, the people waiting on the other side are members of the family that the deceased person was very close to in life.

If most of one’s family is living, it’s said that the deceased person may be met by his guardian angel or spirit guide. She maintained that there is proof that every human being from birth till death is guided by a spirit entity.

Religious conditioning may play a part in who the person meets. For example, a Catholic child may report being met by Jesus, while Jewish kids may not register the same experience.

During the 78 years of her life on earth, Kubler-Ross had written 20 books; she was associated with 16 hospitals; and she received more than 47 awards and honors. She wrote, “Death is but a transition from this life to an another existence where there is no more pain and anguish.” She urged people to love each other and to make the most of the earthly experience.

What You Must Know About Reincarnation and Past Life Regression

Meditation And Reincarnation – Meditating To Recall Past Lives