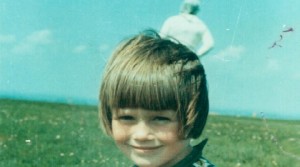 On May 23rd, 1964, Jim Templeton, a firefighter from Carlisle, Cumberland, made 3 photos of his five-year-old daughter while on a day trip to Burgh Marsh, located near Burgh by Sands and overlooking the Solway Firth in Cumbria, England.

In accordance to Templeton, they were alone that day save for a handful of cows and sheep in a nearby pasture. He took a few pictures during the outing. You might not recall the days before digital photography, but it used to be that you would to take your rolls of exposed film to a developer and wait for them to be returned.

The only other people reported on the marshes that day were a couple of old ladies, and although cows and sheep would have normally been plentiful, they were huddled together at the far end of the marsh.

When he picked up the finished photos, the developer commented, “that would have been a real nice photo of Elizabeth if that man hadn’t been standing back there.” Templeton didn’t understand what that was supposed to mean until he saw the picture. 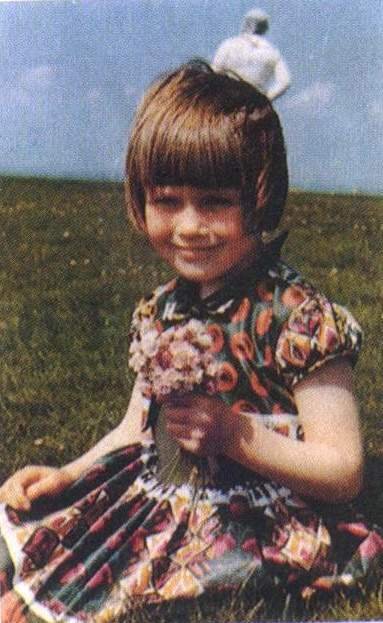 Templeton insists that he did not see the figure until after his photographs were developed, and analysts at Kodak confirmed that the photograph was genuine. To this day, the picture remains unexplained and a source of international fascination.

After the publication of the photo in the newspaper, Templeton claims that two men showed up at his home. He described them as being dressed in what is now known as the stereotypical “Men In Black” look. They claimed to be agents of the British government but refused to produce any identification. They referred to themselves only as “#9” and “#10.

“They drove Templeton to the area of the marsh where the photograph was taken and asked him to describe the day to them, paying particular attention to weather conditions and “the behavior of area birds.” That done, the two MIBs insisted that Templeton merely photographed a passerby. When Templeton continued to express disagreement with this assertion, the MIBs grew noticeably angry and drove off, leaving Templeton in the marsh with nothing but a bewildered feeling and a five mile walk home.

When the picture was taken, in 1964, human space suits were in their extreme infancy. It has been suggested by some people that the figure is merely someone with their back to the camera, perhaps wearing a hat or helmet.

The men tried to make Templeton admit that he had photographed a person, but he refused. In the same time frame that the picture was taken, a Blue Streak missile launch at the Woomera Test Range, using Cumbrian-built weaponry, was aborted because of two large men who were witnessed on the firing range.

This was long before the time of Photoshop, so that lends credibility. What’s more, the Kodak Camera Company examined the film and pronounced it to be authentic not tampered with. Could this all be an elaborate hoax on the part of Jim Templeton? After all, we have only his word about there being no one else being at the marsh that day as well as for the visit from the MIBs.

But if it was his own concoction, what did he gain from it? A bit of fame that was short-lived. Any monetary gain he had was slim if not non-existent. If anything, he probably had to endure more ridicule than benefit. Then there is the added weirdness of the Australian missile test.

The technicians reported that the figures resembled the Solway Firth Spaceman. Ufologists have used the photograph as evidence that extraterrestrial life has influenced the modern day space program, including space suits.