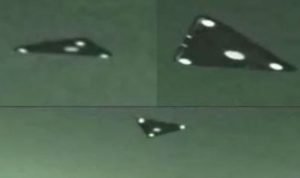 In the case of the TR-3B Black Manta, it means a craft that uses highly pressured mercury accelerated by nuclear energy, so that plasma is produced, which, in turn, creates a field of anti-gravity around the craft.

It has an electromagnetic coil at the heart of it’s motive power system, the result of which is electromagnetic drive that interacts with the Higgs-Boson field at the quantum level. Heady stuff indeed!

So, an anti-gravity aircraft doesn’t use conventional turbine or rocket engine technology, but instead a propulsion system that creates thrust by generating high-energy plasma. These aircraft are also referred to as ‘flux liners’. 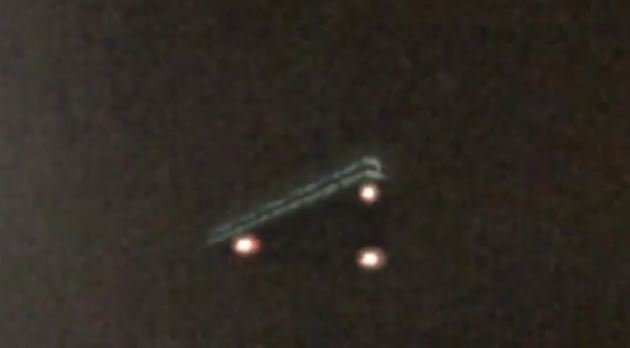 As with many divergent aviation technologies, anti-gravity technology dates back to the latter part and aftermath of World War II, and specifically the covert U.S. project known as Operation Paperclip.

The objective of Operation Paperclip was for the U.S. to gain as much leverage against the Soviet Union in the military armaments technology race, which is why the project was packed to the rafters with German scientists who were avowed members of the Nazi Party.

That means the U.S. has been investigating anti-gravity technology for nearly 70 years.

It is the culmination of theories regarding gravitation, quantum gravity and general relativity, the latter as first put forward by Albert Einstein himself. 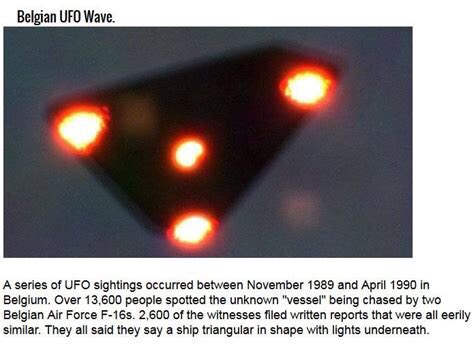 Anti-gravity is of huge interest to the military and scientists alike, given that, for example, one could hypothetically reduce an aircraft’s mass by using electromagnetic propulsion, even down to zero.

Little wonder that the likes of NASA, the U.S. Air Force and Lockheed Martin researchers have all invested in theoretical studies regarding the ability to alter inert mass.
According to experts, the TR-3B Black Manta would use conventional thrusters located at the tips of the aircraft that would allow it to perform a dizzying number of rapid high-speed manoeuvres,

including perfect right-angle turns and hyper acceleration. And it could achieve this along all its three axes.

Remember, the TR-3B was designed to be a subsonic stealth spy plane.

For one thing, it’s a very silent aircraft, save for a slight humming sound. An interesting by-product of the plasma the TR-3B generates is that it significantly reduces the aircraft’s radar signature, thereby making it ideal for missions in which stealth is paramount.

That means the TR-3B Black Manta could sneak into just about any air space of any country and not be detected by its air traffic control or air defence systems.

This little black number has been associated with multiple reports of sightings of flying triangle aircraft over Antelope Valley, an area of desert in southern California much beloved by UFO watchers.

including Edwards Air Force Base and USAF Plant 42, the latter which is a mere 60 miles or 97 kilometres from downtown Los Angeles.

In my humble opinion, the United States Air Force must thank its lucky stars for UFO enthusiasts and believers of alien spacecraft.

After all, as Popular Mechanics has written, a number of reports of so-called black triangle UFOs have probably been secret military aircraft in reality.

The TR-3B Black Manta would certainly be the type of black ops project typical of the U.S. Air Force and Navy.

The U2 spy plane of the 1950s, the SR-71 jet of the 1980s, and the present-day F-117A stealth craft are just three examples of planes that the U.S. Air Force denied existed for years, all of which were first covertly developed at Nevada’s infamous Area 51 base.

And don’t let’s forget that Area 51 itself was only finally acknowledged by the U.S. government when that most covert of agencies, the CIA, did so in June 2013, courtesy of a Freedom of Information Act (FOIA) request filed eight years earlier.

But does it exist?

There are of course the inevitable allegations that the TR-3B was built by the military using extraterrestrial reverse-engineered technology.

Even Forbes magazine mused in 2021 that maybe, just maybe the patents issued to Salvatore Cezar Pais could be a cover for alien technology captured over the years by the U.S. military.

So, what of the TR-3B Black Manta? How far back does it go, if at all? Does it have anything to do with the aforementioned 2018 patent issued to Pais and the U.S. Navy? Is it a plane, is it a bird, could it even be Superman? No, it’s just the United States Air Force messing with our heads again.