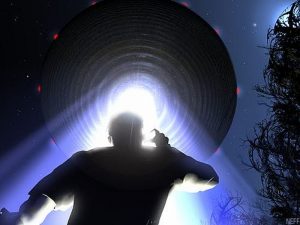 Man claims to have seen pandemic and WW3 during alien abduction. His words are reported by the The Sun.

The man claimed to have seen images of people with melting skin as nations fought each other. According to him, he kept his visions a secret for decades, but decided to make them public anyway, because he is afraid that they might come true.

Describing these “cursed” visions, the man claims he was shown terrible events from the past, present and future of mankind after he was “taken” aboard a UFO in 1973.

The hero of the story was then 19 years old, he was fishing on the banks of the Pascagoula River in Mississippi with his friend.

Both friends were allegedly grabbed by strange creatures “with lobster-like claws and carrot-like noses and ears.”

“I had a near-death experience aboard this alien ship. It was when my blood was sucked out of me and then replaced with something I still don’t know. Then I was shown things from the past, present and future.

“I think you could call it a curse. Since then, I have had serious health problems, but slowly I have overcome most of them. I wouldn’t be talking about it now if I hadn’t seen some of them come true.

“I’m sure I don’t want people to think I’m psychic because I’m not. Maybe I’ve been handed a curse, or it could be a way to help save our planet or humanity.

“So I’ll tell you what they showed me that day aboard the UFO, and I’ll try to go into as much detail as I can remember. Now there’s a plague going on, of course, there’s always been some kind of plague since the beginning of time, but what I’ve seen makes it worse.

“It was caused by mankind, which is very bad, because God is going to teach us a lesson and stay away from him before he returns. Humanity has lost faith and people don’t want to help others,” the man added.

The American claims to have seen how the “plague”, which implies the current pandemic, can destroy millions of people and cause food shortages.

A US resident added that negative events are already happening, but it will be even worse, family against family, each against each other. There will come a time when no one can be trusted.

“Then there will be a great war in which one side blames the other. In my vision, I saw people’s skin melt from their bodies. I don’t know if this is a nuclear war or not, but it’s nation against nation.

“There will be no nation on Earth that this war will not touch,” he added.

A friend and colleague of the man, who was also allegedly abducted by aliens, died in 2011 at the age of 80.

Notably, the British UFO investigator Philip Mantle, who has published Calvin’s book, Pascagoula – The Closest Encounter – said: “Calvin finds it very difficult to discuss this aspect of his encounter, calling it a curse.

“A curse just-in-case it’s true and that he has seen the future of mankind and it’s not a pretty sight.

“We could probably ignore these ‘visions’ were it not for the fact that other close encounter witnesses have related similar stories.”